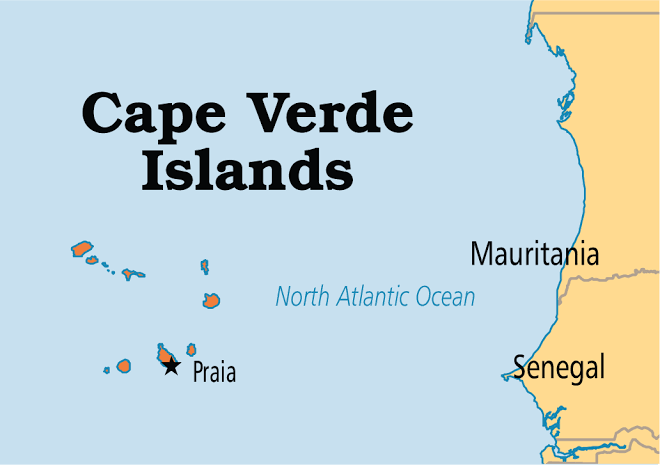 A Twitter user in South Africa, Khrist, said she had similar experience when she travelled to Cape Verde.

Authorities in the West African country of Cape Verde on Friday barred three Nigerians from entry into the country while allowing white foreign travellers in, according to the account given by one of the victims.

Teni Tayo, a Nigerian and an African development expert, said in a tweet Friday that she was back in Dakar, the capital of Senegal, after she was deported by authorities in Cape Verde.

“So I got deported today. Mostly because I am black but also because I am Nigerian,” she wrote in one of her tweets.

She noted that she arrived at the airport in Praia with a group of other travellers which included “an Italian couple, my Sudanese-American friend, a Spanish couple, a Kenyan, an Ivorian, a Jordanian, a Guinean and four Nigerians.”

All white travelers as well as “my black friend with an American passport” were passed, she alleged, adding that those with a Nigerian passport were denied entry.

They were barred alongside a Jordanian, whom she said she believed “was lumped with us because he has Nigerian visas in his passport.”

The airport authorities told them they were turned back due to COVID-19.

“Then we asked why the white people and my American friend were let through. They said they decided who could stay and who could go. So everyone with a Western passport went through. In West Africa,” Ms Tayo said.

“We had all the entry requirements. The pretext, despite lack of pre-information, was that holidays are not allowed due to COVID-19 restrictions,” she added.

Since she made the statements on Twitter, angst has spiked among Nigerians on the microblogging site with some of them urging the Nigerian government to ensure that the incident is investigated.

Some recalled their experience in the hands of authorities in the Portuguese-speaking island country in the central Atlantic Ocean.

Some other nationals joined the Nigerian commentators by accusing the government of the tiny nation of having racists tendencies.

A Twitter user in South Africa, Khrist, said she had similar experience when she travelled to Cape Verde.

“I’m South African and had the same issue in Praia. I got detained in that airport named after a South African struggle hero,” Khrist wrote, referring to the Nelson Mandela Airport located in the island of Santiago in the capital city of Praia.

“I was saved by a friend who alerted the SA embassy in Dakar,” the Twitter user added.

“Pity this happened to you but it’s important we get the full story and all sides of the story properly documented,” she tweeted Friday.

Pity this happened to you but it’s important we get the full story and all sides of the story properly documented. When you get back , pls pop in to @nidcom_gov .Send an e mail to us admin@nidcom.gov .ng or DM @nidcom_gov . We would like to hear from you one on one . https://t.co/d8hzniVQqx

There is subtle surveillance on the Nigerian twittersphere which has in recent weeks been trending with calls for the release of a political detainee, Alex Saab.

Mr Saab, a Venezuelan diplomat, was held in June during a stopover at Amilcar Cabral International Airport on the Island of Sal by the Cape Verdean authorities.

The West African government has since ignored at least three court orders to release Mr Saab, whom the Venezuelan government said was on a humanitarian mission to Iran from Venezuela.

It is believed that his arrest warrant was issued by Interpol at the request of the United States, who is opposed to the regime of Venezuelan President Nicolas Maduro, a close ally of Mr Saab.

Former U.S. President Donald Trump had made Mr Saab’s extradition a top priority, at one point even sending a Navy warship to Cape Verde to keep an eye on the captive and scuttle any plans by Venezuela to try to sneak him out of jail, Al Jazeera reported.

Observers believe the growing demand for his release in Nigeria could have contributed to the stiff travel restrictions against Nigerians wanting to gain entry into the African archipelago.

Inhabited by less than 550,000 people with a mixed blend of people with African and European heritage, Cape Verde is blessed with little natural resources.

Its developing economy is largely service-oriented, and driven by tourism and foreign handouts. It has one of the most stable representative democracies in Africa.