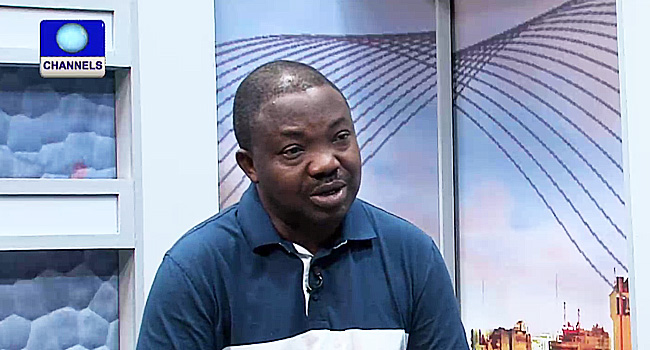 The Pan-Yoruba socio-political group, Afenifere, has reacted to the death of its National Publicity Secretary, Yinka Odumakin, who died in Lagos on Saturday morning.

His death comes after his long battle with diabetes and recent COVID-19 complications. One of his associates earlier told PREMIUM TIMES that Mr Odumakin had in the last two weeks told journalists that he would not be able to pick his calls due to failing health.

Speaking on his death, the Afenifere said the public affairs analyst’s death came as a shock to the country.

The Secretary-General of Afenifere, Sehinde Arogbofa, said “it’s a terrible blow. A terrible blow to me as a person because we’ve been so intimate.

“He’s been my right-hand man in Afenifere management. It’s terrible. Yinka should not have gone at this time. It’s a terrible blow to Afenifere and Nigeria. We’ve lost a brilliant chap with intelligent and brilliant ideas,” he told Nigerian Tribune.

One death too many – Gani Adams

Mr Adams, in a statement in Lagos by his Media Aide, Kehinde Aderemi, described Mr Odumakin’s demise on Saturday as one death too many.

Mr Adams said he received the news of the Mr Odumakin’s death with shock and trepidations, describing it as a big loss to the Yoruba nation.

“Death has dealt the Yoruba nation a big blow, leaving in its wake, sad memories of the loss of a brother, a friend and dependable ally,” Mr Adams said.

He described the late Odumakin as a true Yoruba son, a committed fellow, and the voice of the people, especially, the downtrodden.

“We will all miss his voice. We will miss his commitment, we will miss is bravery because the late Yinka Odumakin’s fearless image loomed larger than what we can easily forget in a hurry.

“He was a phenomenon that spoke truth to power. He cut a picture of an all-rounder, a media personage, an analyst and public commentator that had warmed himself to the hearts of many people

“His exit had left a big vacuum in the social and political space and Nigerians will always remember him for who he was, because in his life, the late Odumakin was truly one of the few gifted soul of our race.

“The extent of the shocking news for me has been inexplicable. It will take a very long time for me to accept the realities of his death,” the Aare said.

Mr Adams said that late Odumakin and himself were in the struggle together, saying that they both shared so many memories together.

He said: “I am very close to the family. So, for me, it was a personal loss and I wish my sister, his wife, Dr Joe Okei-Odumakin and the deceased relatives well, especially at this trying moments.

“For the Yoruba nation, and Afenifere as a whole, Odumakin’s imprints will always be in the book of history.

“As much as his death was so rude and shocking, we are consoled that the man died, though, very young, he will be remembered for his invaluable contributions to the development of Nigeria and the Yoruba nation in particular.”

Also, different rights activists and friends of the deceased have expressed their sadness over the ugly development on Twitter.

Some of those who have reacted to Mr Odumakin’s death include Publisher of Sahara Reporters, Omoyele Sowore; Ovation Magazine founder, Dele Momodu; and ex-Ekiti State governor, Ayodele Fayose among others.

Shocked and saddened but with total submission to the will of God. Yinka Odumakin lived a life of justice,  fighting for justice and equity for all.
He was a man in total defense of justice and fairness for all. He had a life well spent,  not how far,  but how well.

So, Yinka Odumakin is gone – so fast and so quickly. That is the way of all mortals because it is an end that must come – we are all going through that departure Hall of Fame, The Guru inclusive.
Adieu Yinkus!

We just recieved the news of the death of a great Patriot and spokesman of Afenifere, Mr Yinka Odumakin. Yinka lived his life fighting for the betterment of our country Nigeria. We pray God to console his family, his loved ones and the entire Afenifere. -Prof G. Obiozor (PG) pic.twitter.com/59yYineCP2

So devastated to hear about the demise of Yinka Odumakin.
May you soul rest in peace.
I pray that our gracious God give @DrJoeOdumakin and the family the fortitude to bear this loss. pic.twitter.com/k4jDSSAZj9

I received with shock and grief, the news of the sudden demise of Yinka Odumakin.

He was a human activist per excellence. He fought tirelessly for the restoration of democracy and fought for it sustenance.

On behalf of the people of Ondo East/West, I sympathise with his family. pic.twitter.com/Cwaef8cqqL

Death is a necessary end! Sad to announce this passing of a friend and fighter, Yinka Odumakin. Rest in Power, Senior Comrade! pic.twitter.com/ubasBReDuP

Just confirmed from JK Agbaje that we've lost Egbon Yinka Odumakin – a sad loss not just for the Yorubas but also the Nigerian polity.

Egbon exemplified the truth of being a good ethnic person in order to be a great National figure in the context of Nigeria's configuration.

I slept about 5.30am this morning and had to switch off my phones, something I rarely do… Unknown to me TOKUNBO AFIKUYOMI, a mutual friend of YINKA ODUMAKIN and I was trying frantically to reach me… Then I woke up and my first phone froze bec of endless messages…. pic.twitter.com/lEbYKVCtfH

Yinka Odumakin actually lived
He stood for what he believed in till the very end. Huge loss to the Yoruba, and Nigeria at large. We will miss the fearless Patriot. pic.twitter.com/G6oAyNSTtE

Yinka Odumakin! A great democrat is gone. This death is too painful and unbearable. An irreplaceable loss to the nation. May his soul rest well. pic.twitter.com/xLkkPlfrfk

I got the distressing news just now that my Egbon, Mr. Yinka Odumakin, a human rights advocate & a powerful Yoruba voice, passed on early this morning.

My heart goes out to his humanist wife, Mrs. Joy Okei-Odumakin.

May his soul find eternal rest in the bosom of the Lord. pic.twitter.com/VMzirRy7hK

Rest in peace Yinka Odumakin. Love and prayers of strength to his family, friends and comrades. pic.twitter.com/ZehFaeaihp

Yinka Odumakin was part of the earliest people who saw Tinubu for the scam that he is and he was resolute till the end. A fine man with high level of discipline, Yinka Odumakin could have become a Billionaire by worshipping Tinubu. He refused to!

Rest in peace Comrade Yinka Odumakin. You followed the path you believed with courage and tenacity. As an activist, you were never afraid of speaking truth to power. Your role as the spokesman of Afenefere will not be forgotten.

So sad, Yinka Odumakin is dead. Join the procession to pay respects to his body at LASUTH now.
Our days shall come!