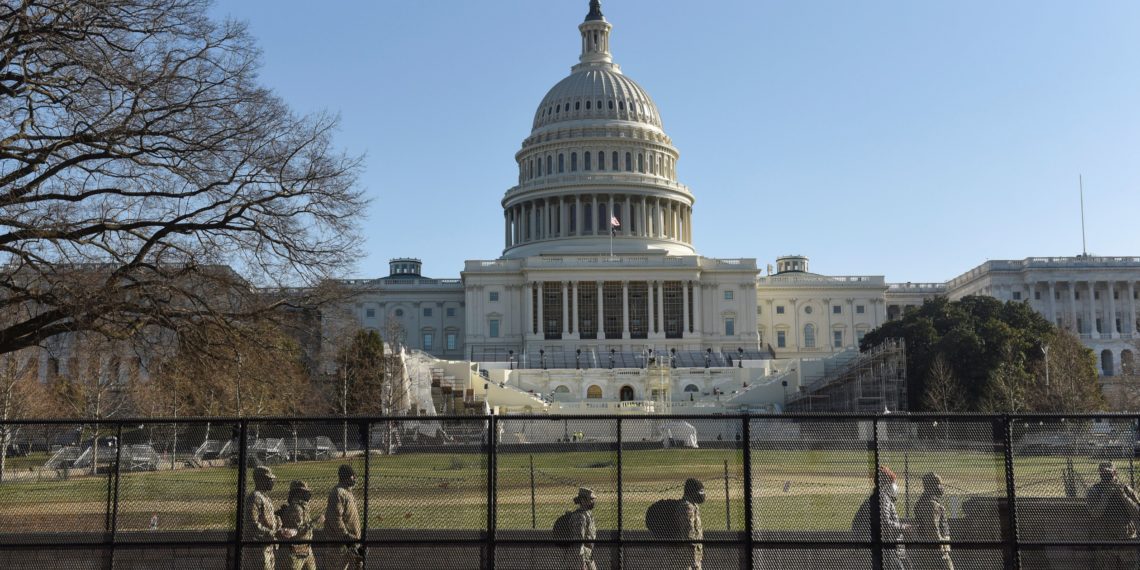 The U.S. Capitol was attacked less than three months after rioters invaded the building

A driver on Friday rammed a blue sedan car into police officers at the north barricade of the U.S. Capitol, sparking fears of security concerns in the building.

This is the second time in less than three months that an attack would be targeted at the United States legislative headquarters, although authorities said the incident “does not appear to be terrorism-related.”

Acting chief of the U.S. Capitol Police, Yogananda Pittman, said the suspect then emerged from the vehicle with a “knife in hand” and ran towards the officers, injuring two, before an officer opened fire.

One of the officers has now died of the injuries he sustained, the police said. The suspect also died at the hospital shortly after he was taken into custody.

Authorities are yet to identify the suspect. But according to CBS News, he was a U.S. citizen and was not previously known to the police or known to have committed any sort of crime or be on a terror watch list.

Lawmakers, who are currently on recess, have been sending messages of calm to citizens.

House Speaker Nancy Pelosi has ordered flags at the Capitol to fly at half-staff, according to the BBC.

“Today’s incident at the Capitol reminds us of the threats still facing our nation,” Michigan Republican Fred Upton tweeted.

Today's incident at the Capitol reminds us of the threats still facing our nation. Info is still coming in and the event is unfolding, but we commend the swift response and pray for a speedy recovery for the Capitol police officers who were injured today. https://t.co/HBIxRz58nJ

“My thoughts are with these brave officers and their families,” Democrat Eric Swalwell noted. “They’ve sacrificed a tremendous amount over the last few months and we are forever indebted to them.”

My thoughts are with these brave officers and their families. They’ve sacrificed a tremendous amount over the last few months and we are forever indebted to them. https://t.co/Mq1RgvFNMW

On January 6, a pro-Trump mob stormed the Capitol in contention of the 2020 presidential election which former President Donald Trump lost.

But the incident turned violent when the protesters broke into the Capitol building, attacking police officers and searching for lawmakers.

Not fewer than five people died from the raid, over 100 officers were injured and millions of dollars worth of items were damaged.

The riot would lead to Mr Trump’s second impeachment by the Democrat-dominated House of Representatives. He was, however, acquitted by the Republican majority Senate.