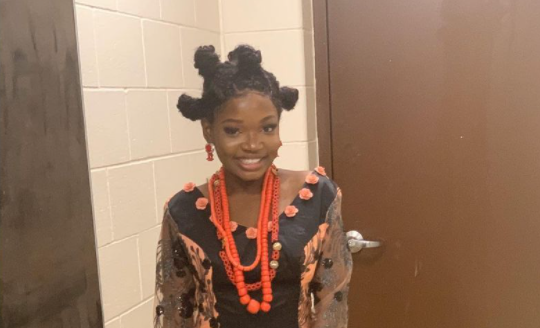 The police said the search for the suspect who killed the Nigerian beauty queen was still on about three weeks after the incident happened.

Fox29 Philadelphia reported that the unknown assailant opened fire on the 24-year-old model while she was sitting in her car on March 12 at about 6 p.m. in the city’s Holmesburg neighbourhood.

She was, thereafter, taken to Jefferson-Torresdale Hospital where she died. The parents of the deceased are now in hiding over concerns for their safety, reports said.

Ms Sule’s father, Adewale Sule, told reporters that he heard the gunfire and hurried to the scene, but the suspect had just fired the last rounds of the shots at his daughter when he emerged from the house.

“I saw the guy shooting my daughter. He shot the last round, and I pursued him,” DailyMail quoted him saying. ‘He ran back to his car.’

The police said the search for the suspect was still on about three weeks after the incident happened.

Ms Sule, who had only recently earned a Master’s degree in public health from West Chester University and was pursuing a doctorate, migrated with her family to Philadelphia from Nigeria in the early 2000s.

According to her bio on Instagram, in 2019, she was crowned second runner-up at the Miss Nigeria International pageant, where she represented Ondo State. She was also a 2019 Miss Nigeria USA finalist.

Her over 3,000 followers Instagram page features the fashionista modelling in a variety of glamorous outfits and accessories, including videos of her pageant victories.

“Queen Najibat was an amazing young lady whose presence at the Miss Nigerian beauty pageant left a great ripple that continues to resonate,” organisers of the Miss Nigeria International pageant wrote on Facebook. “She was a breath of fresh air and her presence added a distinct touch that made the event memorable. She carried herself with great dignity and grace and her strength of character and approachability made her such a joy to work with.”

Ms Sule’s death adds to the tolling casualties from gun violence in Philadelphia, which has seen a 29 per cent homicide rate increase over the last year. Fox29 said in the first three months of 2021, there have been 120 killings in Philadelphia, 15 of whom are children.