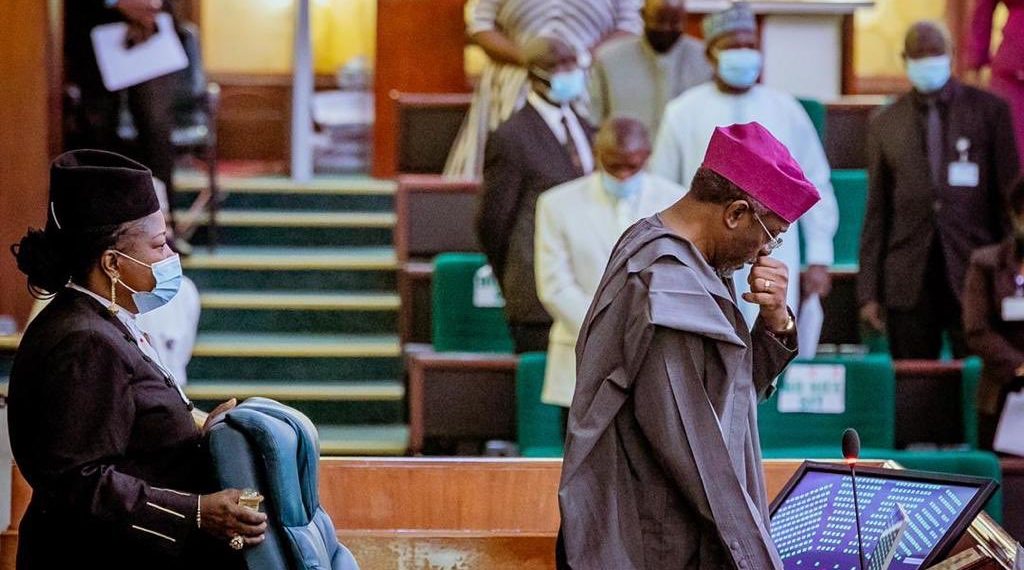 Mr Ortom was reportedly attacked on Saturday around his farm at Tyo-Mu Community, about 20 kilometres from Makurdi, the state capital.

The House of Representatives on Tuesday passed a resolution urging the State Security Service (SSS) to probe the recent attack on Governor Samuel Ortom of Benue State by suspected herdsmen.

It specifically asked the security agency to investigate the claim by the Fulani National Movement (FUNAM) that it was responsible for the attack on Mr Ortom.

The resolution followed a motion of urgent public importance moved by Kpam Sokpo (PDP) who represents Buruku Federal Constituency of Benue State and others.

Mr Ortom was reportedly attacked on Saturday around his farm at Tyo-Mu Community, about 20 kilometres from Makurdi, the state capital.

PREMIUM TIMES reported that President Muhammadu Buhari condemned the attack and called for an “open and transparent investigation” of the attack, saying “whoever is linked to it should be caught and be made to face the law.”

The Inspector General of Police, on Sunday, Mohammed Adamu, ordered investigation into the incident.

Mr Sokpo, in the motion, asked the House to urge the SSS to investigate the claim by a group, FUNAM, that it was responsible for the attack on Mr Ortom.

He said media reports indicated that one Umar Amir Shehu, on behalf of FUNAM, claimed responsibility for the attack.

“Their unequivocal intention and mission to kill the governor, his collaborators and whoever is against the Fulani long term interest as a case of vengeance against an infidel.

“The assassination attempt on Gov. Ortom of Benue State is an invitation to anarchy and a glaring indication that the nation is drifting into a state of full-scale lawlessness,” he said.

Contributing to the motion, Samuel Okwu, who represents Oju/Obi Federal Constituency of Benue State, said the perpetrators of the alleged attack must be brought to justice

When the motion was put to the lawmakers by the Speaker, Femi Gbajabiamila, it was unanimously taken by the House.