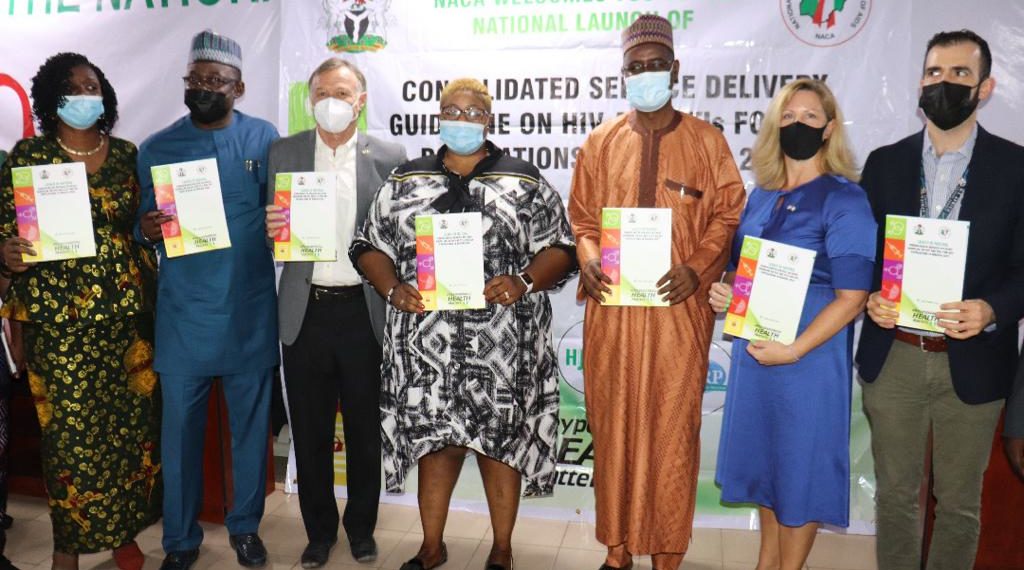 Director- General of the National Agency for the Control of AIDS (NACA), Gambo Aliyu, Director, Community Prevention Care and Support Services, NACA, Alex Ogundipe, Country Director US Department of Defence, Laura Chittenden and other partners at the launch on Tuesday

UNAIDS estimates that between 40 per cent and 50 per cent of all new HIV infections may occur between individuals in key populations.

The Nigerian government on Tuesday launched a national consolidated service delivery guideline on HIV and Sexually Transmitted Infections (STIs) for key populations within the country.

The guideline outlines public health response to HIV and STI for people that fall within this category, the Director-General of the National Agency for the Control of AIDS (NACA), Gambo Aliyu, said at the launch.

Key populations are people who inject drugs, men who have sex with men, transgender persons, sex workers and prisoners. Around the world, key populations face much higher rates of HIV and AIDS than the general population and are most at risk for contracting HIV, the joint United Nations Programme on HIV/AIDS (UNAIDS) said.

UNAIDS estimates that between 40 per cent and 50 per cent of all new HIV infections may occur between individuals in key populations and their immediate partner. 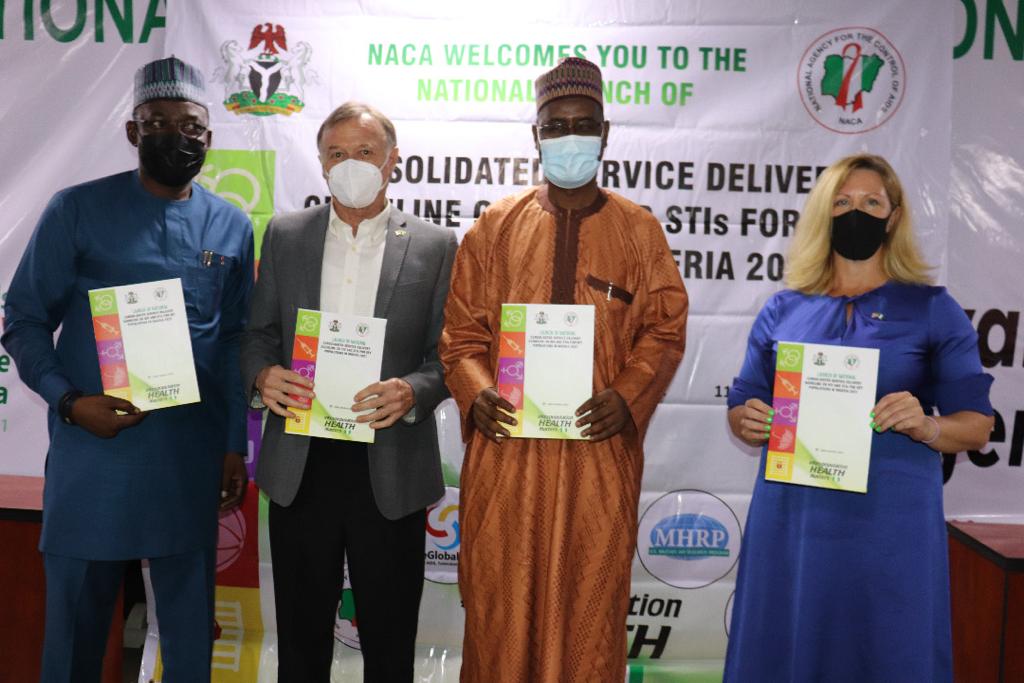 Underreporting is also common within key populations due to fears of stigma, backlash and discrimination, according to the  UNAIDS.

In Nigeria, sex workers, men who have sex with men, and people who inject drugs, make up only 3.4 per cent of the population, yet they account for about 32 per cent of new infections.

The Nigerian government in 2014 increased the punishment for homosexuality to 14 years in jail.

“Criminalising laws such as these have made it harder to work with LGBT communities and have pushed men who have sex with men underground, making them more vulnerable to HIV,” Walter Ugwocha, executive secretary of Civil Society for HIV/AIDs in Nigeria (CISHAN), told PREMIUM TIMES Last December.

Mr Aliyu said the agency engaged the services of the Henry Jackson Foundation Medical Research International (HJFMRI) to develop a document that will define the implementation of programmes and services for key populations and their children.

He said the document will provide guidance packages of HIV and STI services and performance indicators for monitoring and evaluation of these services across the country.

Mr Aliyu explained that the Integrated Biological and Behavioural Surveillance Survey (IBBSS) showed that the national HIV prevalence is higher among key populations.

“HIV services for key populations and children of key populations remain largely inadequate, and so, the HIV incidence within this group of persons continue to increase,” he said.

“These guidelines will increase awareness of the needs of key populations; improve access and coverage; establish standardized package of services; facilitate uptake of responsive and acceptable services; and catalyze greater national commitment and resourcing to sustain services.”

He said the guidelines will also support efforts towards strengthening HIV and AIDS prevention, care and treatment programmes while addressing stigma, violence, and mental health.

In her remarks, Country Director, U.S. Department of Defence, Laura Chittenden, said the launch marks an exciting milestone in improving the quality of care for those affected and infected by HIV.

She noted that key populations case management is important to ensure a client-centred approach.

“Yet globally, ensuring that HIV service packages include the goods and services specific to those most vulnerable to the disease remains a challenge.”

She noted that general service delivery package of a country may not adequately address the barriers to services presented to key populations.

“These barriers-particularly stigma, discrimination, or violence – prohibit those who choose to seek testing, care and treatment from doing so,” she said.

The Director, Community Prevention Care and Support Services, NACA, Alex Ogundipe, said the guideline is neither to encourage nor discourage the activities of the key population but to have a valid document to address HIV/AIDS in Nigeria.

Okonjo’s Five Million Jobs – Only Through A Public Goods Focus, By ‘Tope Fasua

Nigeria recorded 15% increase in TB case notifications in 2020 – WHO