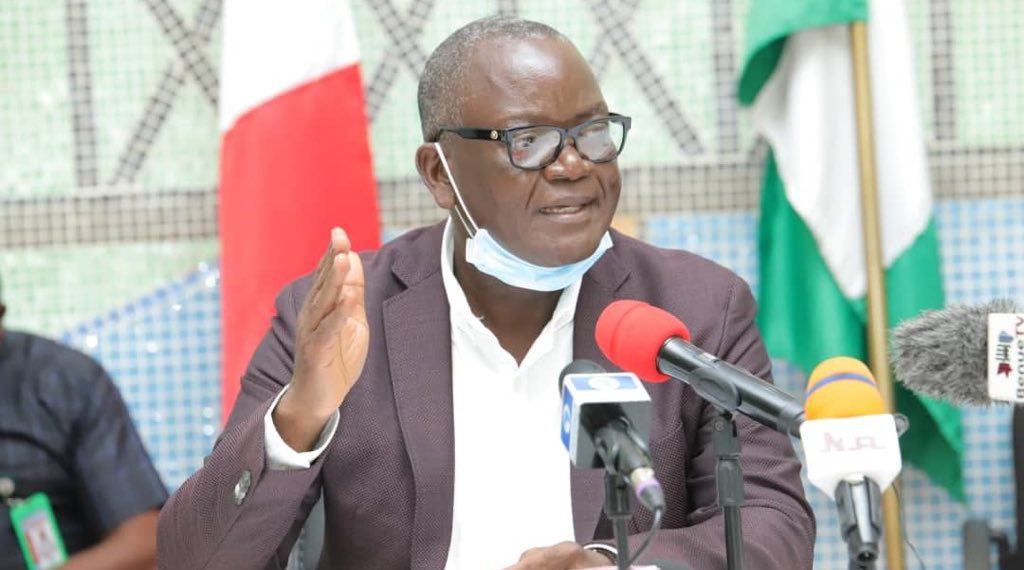 On Saturday, Gov Ortom was attacked by suspected bandits while three people lost their lives during Ekiti bye- election.

The Peoples Democratic Party (PDP) has accused the ruling All Progressives Congress (APC) of plotting to disintegrate the country through banditry and electoral violence.

The party, in a statement issued on Sunday by its spokesperson, Kola Ologbondiyan, hinged its reason on the silence of the APC on the recent attack on the Benue State governor, Samuel Ortom, and the bloody disruption of last Saturday’s bye-election in Ekiti State.

While Mr Ortom, a PDP governor, narrowly escaped attack allegedly launched by suspected bandits on Saturday, three voters were not as lucky as unidentified gunmen unleashed mayhem during the voting in Ekiti on the same day.

No comment has been made on the two incidents by the APC at the time of filing this report.

The PDP said the silence of the ruling party and the Buhari presidency underscored a plot to undermine Nigeria’s democracy and the country’s fragile unity.

“The PDP also stressed that the silence of the APC and the Buhari Presidency to the violence unleashed by APC thugs, leading to the killing of two innocent Nigerians and a police officer, in the Ekiti State bye election at the weekend and the postponement of the election, only goes to show that the APC is all out to derail our democracy just because they have been rejected by Nigerians,” the statement said.

“Our party holds that such disposition in the face an assassination attempt on a democratically elected governor by bandits as well as killing of innocent Nigerians and a law enforcement officer by suspected APC thugs, amounts to endorsing acts of violence and assault against our democratic order, sovereignty and corporate existence as a nation.

“It is the belief of our party that such silence on an assassination attempt on Governor Ortom is portentous given that the attack came on the heels of his outspokenness in exposing those allegedly behind the incessant attacks on communities in the state and demanding that the Federal Government should live up to its responsibility on the protection of life and property in the state.”