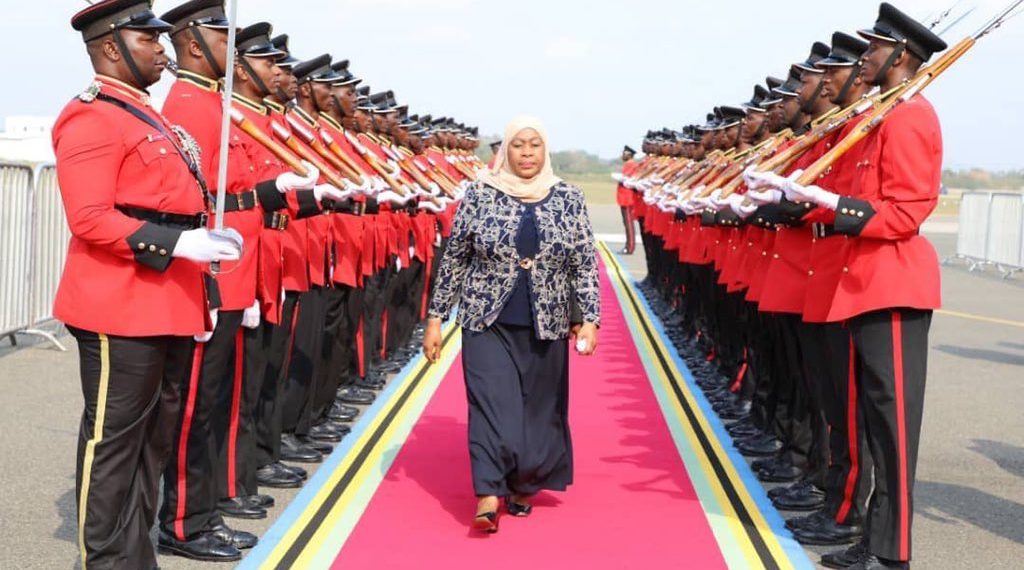 Samia Suluhu will now see out the five-year term of the late Magufuli which began last year.

Tanzania has its first-ever female president after Vice President Samia Suluhu was sworn in as president following the death of President John Magufuli.

She will now see out the five-year term of the late Magufuli which began last year.

Having been Tanzania’s first-ever female vice president when the first term of the pairing began in 2015, the 61-year-old now becomes the east African country’s sixth president since it gained independence in 1962.

Little was known about her outside Tanzania until this week when she appeared on state television to announce that former president Magufuli had died aged 61 from heart complications.

She now has her work well cut out for her as she is poised to meet with a special committee of the ruling Chama Cha Mapinduzi (CCM), the country’s dominant party, this Saturday to pick a vice-president.

Observers believe she will also face pressure from the powerful and domineering allies of Mr Magufuli within the party as they may contend to have their fingerprints on her agenda.

Her quest to consolidate power and win loyalists will also be tested by her stance on the authoritarian tendencies that characterised the Magufuli-administration.

Born in 1960, Ms Suluhu hails from Zanzibar, the semi-autonomous island in the Indian Ocean, and she had an advanced diploma from Mzumbe University before she bagged a post-graduate diploma in economics from the University of Manchester and a master’s degree in community economic development in 2015.

Her political career spanned over 20 years from local government to the national assembly.

In 2010, she won her parliamentary bid for Makunduchi constituency by over 80 per cent votes after which former President Jakaya Kikwete appointed her as the minister of state for union affairs.

She is now the only other current serving female head of state in Africa alongside Ethiopia’s President Sahle-Work Zewde, whose role is mostly ceremonial.