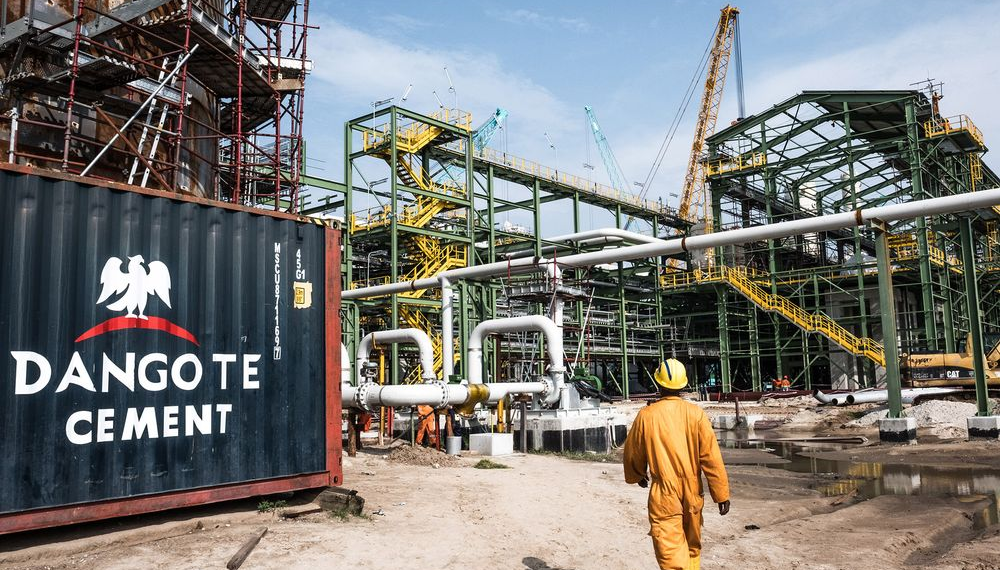 The cement maker has been paying shareholders the same dividend for the past three years.

Nigeria’s biggest public company Dangote Cement Plc said it would pay shareholders N16 for every share held in the company for the 2020 financial year, translating to a total dividend payout of N272.648 billion, a note published by the Nigerian Stock Exchange (NSE) on Friday and seen by PREMIUM TIMES showed.

The cement maker has been paying shareholders the same dividend for the past three years.

“The audited financial statements will be filed with the NSE on or before March 31 2021,” the document said.

Lagos-based Dangote Cement recorded a tumble in profit by almost 50 per cent from N390.215 billion to N200.521 billion in 2019 as a result of a steep rise in operating cost. That means it spent the equivalent of its entire profit for that year and an additional N72 billion to pay dividend for 2019.

It initiated a plan last year to repurchase 10 per cent of its outstanding shares to shore up its share price currently perceived to be undervalued, a move analysts believe will mostly favour the company’s directors and insiders since the 10 per cent or 1.704 billion units of the shares to be bought back will only come from its free float shares or the portion of its shares held by the public.

Only 13.8 per cent of Dangote Cement’s entire shares is owned by the public.

The company’s total sales and profit for the nine months to September 2020 came to N761.444 billion and N208.685 billion respectively.

That compares with the N679.791 billion revenue and N154.350 billion profit declared for the corresponding period of 2019 raising hopes of improved earnings when the company issues its audited full-year earnings report.

Nigerian authorities exempted Dangote Cement from land border closure in the third quarter of last year, granting it liberty to export its products across the country’s land borders especially to Niger and Togo, Chief Executive Officer Michel Puchercos said on an investor call, according to Bloomberg.

The policy shift is expected to impact its financial performance when it becomes public in the days ahead.

Dangote Cement shares opened trade in Lagos on Friday at N227.8 per unit.

COVID-19: Deploying the Vaccine and Getting Nigerians To Take the Jabs, By Jibrin Ibrahim

‘My son is on Godly mission in gay community’ – Doyin Okupe