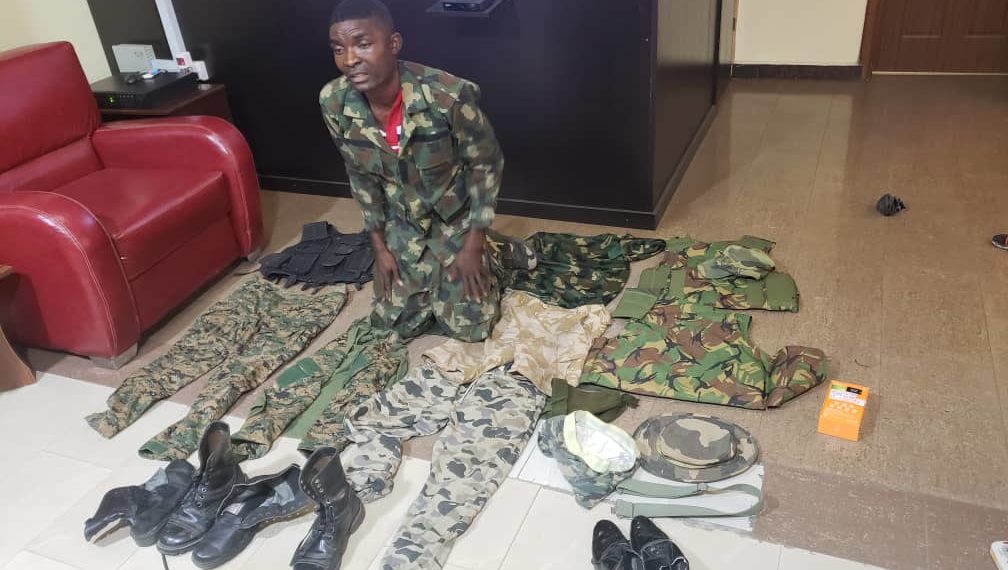 Court convicts fraudster who disguised as soldier to dupe victims

Mr Asuquo, who had been parading himself as a soldier to defraud people, was prosecuted by the Economic and Financial Crimes Commission (EFCC).

He was arraigned by the anti-craft agency following a petition from a victim whom he fraudulently withdrew N700,000 from her FCMB bank account by swapping her phone SIM card.

The convict, despite admitting to the crime and having refunded N100,000 to the victim, initially pleaded not guilty to the charges, according to a statement by the EFCC.

However, the defence lawyer, Dennis Adiaka, on March 5, informed the court of his client’s intention to change his plea. The application was granted and Mr Asuquo then pleaded guilty to the charges.

Army uniforms, boots and bullet proof jackets, recovered from Mr Asuquo’s house, were tendered by the EFCC lawyer, Adebayo Soars, before the court as exhibits.

The prosecution lawyer presented two witnesses and a letter from the Nigeria Army to the court during the trial.

Justice Agatha Okeke, in her judgement, ruled that the evidence of the prosecution witnesses proved the ingredients of the offences in the charges.

She, therefore, convicted Mr Asuquo on both counts and ordered his remand at the state correctional facility until March 23 when he would be sentenced.