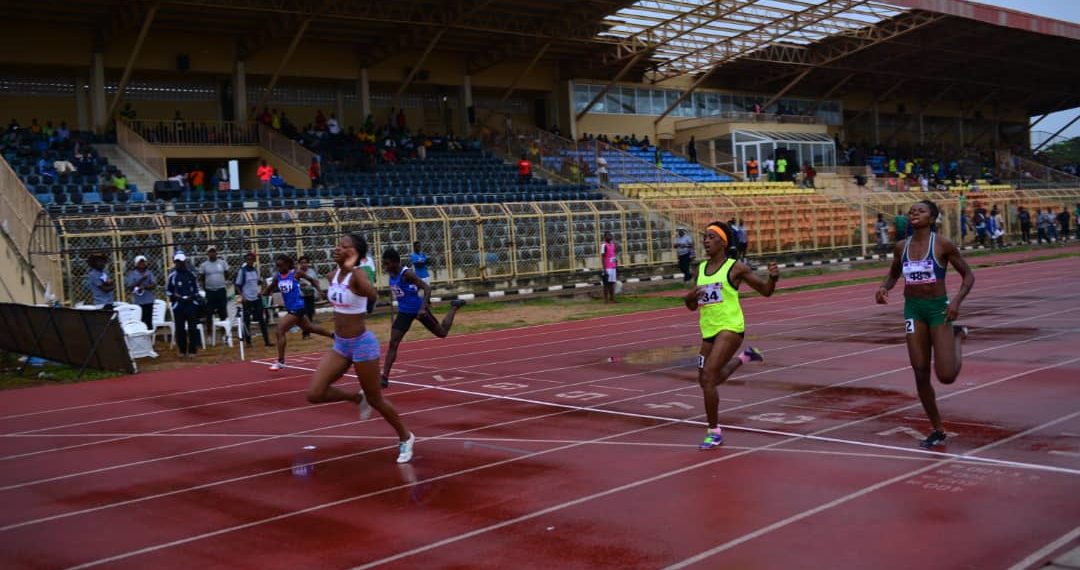 Life has been difficult for those who solely depend on earnings from competing in sports tournaments.

Deprivation and penury can lead people to drastic actions. In the same vein, the psychological torture that comes with uncertainties is better imagined than experienced.

With the advent of the coronavirus pandemic, life has not been the same worldwide, and it has not spared the sporting fraternity.

While other climes have quickly adjusted to the new realities and fashioned out creative ways to circumvent the disruption caused by the virus, unfortunately, Nigerian sports administrators have been slow in circumventing the fallouts of necessary lockdowns and shutdowns, which has led to many cancelled events.

Aside from some organised pockets of events by the various sporting federations, the biggest item on the country’s sporting calendar, the National Sports Festival, has suffered a series of postponements. Even with a recently announced April date, athletes and coaches still harbour some level of disbelief that the event will hold on the proposed new dates.

In an interview with PREMIUM TIMES, Himah Charles, who serves as the athletes’ representative on the board of the Athletics Federation of Nigeria [AFN], painted a sorry picture of how the cancellation and incessant postponement of sporting events are having telling effects on athletes.

“We were at the stadium when the news of the last postponement of the National Sports Festival came and instantly one athlete by my side just collapsed,” Charles recalled while speaking with PREMIUM TIMES.

Being an Olympic year, Charles reckoned athletes direly need competitions and funding to be in proper shape, but that has been non-existent in the past months, thus putting a strain on the mental stability of most athletes.

He continued: “The thing is so heartbreaking now. This is an Olympic year; athletes are looking forward to seeing early money so they can prepare themselves adequately. But they have just been shifting it and shifting it while this is the only major avenue for athletes to make money.”

Six missed calls on this reporter’s phone a few weeks ago from one player in the Nigeria Professional Football League [NPFL] initially sent shivers down my spine. I wondered what could have warranted the barrage of calls in quick succession from a player from whom I had not heard in a while and having no unfinished business together.

While a dozen things ran through my mind, one thing I never imagined was a player in the country’s top division begging for a soft loan to refill his cooking gas to eat. “Senior man, please no vex, I fit see 3k from you, I wan buy gas for house, make I fit cook, once we resume league next week, I will definitely sort you,” the player begged profusely.

While things may have improved for players with the resumption of the NPFL and the NNL, findings by PREMIUM TIMES show that many athletes are living from hand to mouth.

Many cannot afford basics like food supplements and multivitamins, and these were confirmed by Mr. Himah who also revealed that some athletes have incurred enormous debts that have seen them living lately like street urchins.

“Sincerely, people are crying, as I am speaking to you, I know up to six to seven athletes that have left their personal homes and are sleeping in the stadiums just because they are dodging their landlords because they don’t have money to pay their rents,” he said.

“Not only track and field”

Just like their colleagues in track and field, taekwondo competitors across the country who bared their mind via their Federation’s official website also bemoaned the telling effects of the frequent postponements.

The decision leaves a bitter taste in their mouths, with many of them struggling for over a year to keep their competition weights intact, and many others have been heavily impacted by the economic consequences of the constant festival postponement.

Azeez Osoba was a gold medalist in boxing at Abuja 2018 competition, but his chance of featuring in the Sports Festival is now under threat because of the incessant postponement. Osoba is expected to be in Paris for the world Olympics boxing qualifiers and he had keenly wanted to use the Festival to prepare well for the qualifiers, but he is not sure that plan will work out anymore.

“I am not happy with the postponement. By March we may already be in camp for the Olympic Qualifiers, so I am not sure if I will take part in the Festival again,” he told PREMIUM TIMES.

Helen Ocheke, Africa Games Bronze Medalist, also lamented over the postponement. The gymnast said she has turned down several other jobs to focus on preparing for the festival, but it is turning out not to be a wise decision.

“I have rejected so many jobs so I can focus on my training and prepare for the Festival but, now this postponement is somehow, you would prepare and prepare, when you are ready, they will postpone again, I am not happy with that,” she told PREMIUM TIMES.

Niger State’s Ibrahim Gambo wondered why every other sector is back to life and those in sports are selectively being treated differently.

He said: “I call on the government not to postpone the festival again. If worship places and markets are open, why should sports suffer? We do combat sports, so it is weight specific. So many athletes have been shedding and making weight for so long, because of all the postponement.”

Ebonyi State-based Abani Blessing noted how postponement has affected her preparations. Blessing said, “It has been postponed several times now. An athlete is expected to prepare for a championship that is fixed at a specific date. So, you prepare, you are in good shape, then they just shift the event. It is not good, and it is very somehow.”

Kwara State’s Ismail Kayode also added his voice on how the present circumstances have affected his psychology. “I am not happy about the constant postponements because it has killed my morale. But I have no choice but to continue my preparations.”

For Abuja 2018 bronze medalist, Taiwo Emmanuel, the endless wait has pushed him to announce his retirement after being unable to deal with the postponement pressure. “Duty calls. I cannot continue with the government and their dilly dallying. I need to work and school at the same time. I cannot start making excuses of the festival to leave what is more important. Our government is not ready.”

The Taekwondo Federation themselves have also been hamstrung with the postponement, with the cancellation of four educational workshops planned to be held during the festival.

When the former Youth and Sports Minister, Solomon Dalung, was handing the hosting rights for the National Sports Festival to Edo State ahead of the equally capable Delta State, he harped on stabilising the calendar for the biennial multi-sporting events.

Dalung, who had to rescue the situation after the19th edition of the NSF billed for Cross River suffered a series of postponements, warned against further disruptions in the calendar. Though COVID-19 has been a disruption no one foresaw and became a real clog in the wheel of planning events and tournaments, many athletes still believe things could have been better handled.

The Sports Ministry at different times reportedly took decisions without carrying along the local organising committees and eventually met brick walls in actualising their plans. If indeed a premium was put on what the festival truly represents for athletes, particularly in an Olympic year, playing to the gallery and power flexing by those meant to make the NSF happen would have been avoided.

“But funnily, in the midst of all this, you know the Nigeria Professional Football League is going on,” Charles queried. “Sports should not be mixed with politics at all because these are people’s career, there is a certain age you will get to and that’s the end of it.

“So, it is only fair you allow these athletes to make enough for themselves when they can, this is not a pensionable job I think you know. The call I have been getting is so much, I wish I could do magic and help them all, but I have limited resources also.”

With the Ramadan period billed to start in April just after the Easter celebrations, cynics are already wary and bracing for another potential postponement, despite the importance of the National Sports Festival to Nigeria’s preparations for the Tokyo 2021 Olympics.

The uncertainty is palpable; the fears are consistent, but life must go on. How it will go on is today’s worry for many Nigerian athletes.