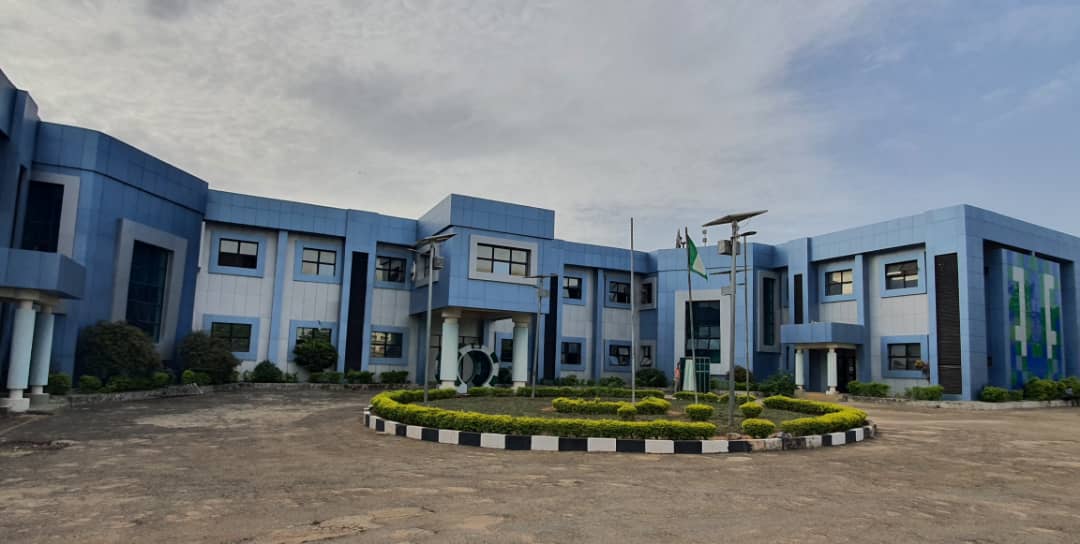 NASENI was founded to stimulate linkages between science and technology, academics and the industrial sector on the one hand and the country’s economic and industrial transformation on the other.

In order to enable the National Agency for Science and Engineering Infrastructure (NASENI) to fulfil its mandate, the Presidency has directed the Federal Inland Revenue Service (FIRS) to remit statutory deductions meant for the agency.

The NASENI Establishment Act 2004 mandates FIRS to remit to it a quarter per cent of the levy on turnover of firms earning over N100million and above.

NASENI is also expected to be given one per cent(1%) of the Federation Account in the first instance and two per cent(2%) later.

But none of the former administrations in the country has ever fully implemented the law establishing NASENI, especially that related to funding.

But in January, President Muhammadu Buhari decided to ensure total compliance with the NASENI Act.

Mr Buhari also approved the placement of NASENI directly under the supervision of the Presidency instead of the Ministry of Science and Technology.

According to a letter from the Presidency, signed by the Chief of Staff, Ibrahim Gambari, the FIRS has been directed to remit the deducted levy on turnover as approved by Mr Buhari.

The letter said: “I write to inform you that on 24th January 2021, Mr President approved the prayers of the Executive Vice Chairman (EVC) of the National Agency for Science and Engineering Infrastructure (NASENI) on the funding of NASENI activities.

“In accordance with the NASENI Establishment Act, one of the prayers of the EVC relates to the funding of the agency via a levy on income or turnover of commercial companies and firms with a turnover of N4million (later increased to N100million) by the NASENI Governing Board) at the rate of a quarter per cent( 1/4 %) of turnover.

“Accordingly, you are kindly requested to act on the implementation of this provision of the NASENI Act as soon as possible.”

A brief obtained by this newspaper highlighted how the decision to implement the NASENI Act was taken by the President.

The document said in part: “The President is the chairman of the Governing Board of NASENI. But the Executive Vice Chairman/CEO of NASENI, Prof. Mohammed Sani Haruna in his memo to the Governing Board on December 30, 2020, requested for the implementations of the statutory funding of the agency as provided for in the NASENI Act to finance its projects and activities.

“While reflecting on the state of Nigeria’s response so far on the COVID-19 pandemic during a virtual meeting at the Presidential Villa on January 26th, 2021, the President observed that Nigeria’s continued reliance on solutions from other countries was a revelation of the research and development gap in the nation.

“He, in addition, therefore directed NASENI to scale up its responses to the pandemic in order to find appropriate solutions to prevent the further spread and treatment of the virus.

“Sitting as the Chair of the Board, the President stressed that for NASENI to succeed, it must be empowered through adequate provision of financial, human and material resources and allowed to exercise independence to forge partnerships.

“He said by its mandate, “NASENI is strategically poised to develop local capacity in machine building and fabrication, which is critical to Nigeria’s industrial development. However, in order for it to realize its full potential, NASENI must be empowered through the provision of adequate financial, human and material resources and be given the autonomy and independence to forge international partnerships to acquire the relevant technologies for social, economic and industrial advancement of the country.

“In this regard, I have directed the minister of finance budget and national planning and Federal Inland Revenue Services to commence remittances of funds approved by law to the agency.”

NASENI was founded as a mechanism to stimulate linkages between science and technology, academics and the industrial sector on the one hand and the country’s economic and industrial transformation on the other.

(2) The funding mechanism for the Agency is stipulated under Financial Provisions; PART VI, Section 20 of the ACT. It states thus:

(1) The Agency shall establish a fund from which shall be defrayed all expenditure incurred by the Agency for the purpose of this ACT.

(2) There shall be paid and credited to the fund:

(a) 1 per cent of the Federation Account in the first instance, to be increased to 2 per cent by the year 2000.

(b) Levy on income or turn-over of commercial companies and firms with a turnover of N4 million and above, which shall be-

(i) At the rate of a quarter per cent in the first instance:

(ii) Collected by the Federal Board of Inland Revenue or by any other suitable means as may be specified by the Agency; and

(d) Foreign aid and instance from bilateral and multilateral agencies;

(e) Fees charged for services rendered by the Agency;

(f) All sums accruing to the agency by way of gifts, endowments, bequest or other voluntary contributions by persons and organizations.

The agency is expected to spend the fund that will accrue from the new arrangement on the following:

President Buhari also ordered that NASENI be placed under the direct supervision of the Presidency instead of the Federal Ministry of Science and Technology.

A briefing document on this development said, “The President also observed that the enabling law of the agency was promulgated to an Act in 2004, adding that Section 2, Subsection 1 and 3 of NASENI Act provides for a governing board of the agency under the chairmanship of the President of the Federal Republic of Nigeria.

“According to the President, “It is important for NASENI board to note that agencies of government with similar mandate as NASENI in many countries are under the supervision of their respective heads of states and government. This administration has a premium and importance attached to homegrown technology, science and engineering infrastructure towards the social economic and technological development of the country.”

When contacted Sunday night on when the FIRS would commence the remitting of the statutory allocation to NASENI, the spokesperson for the FIRS, Abdullahi Ahmed, asked for time to revert to our reporter. He was yet to do so as of Monday morning when this report was published.