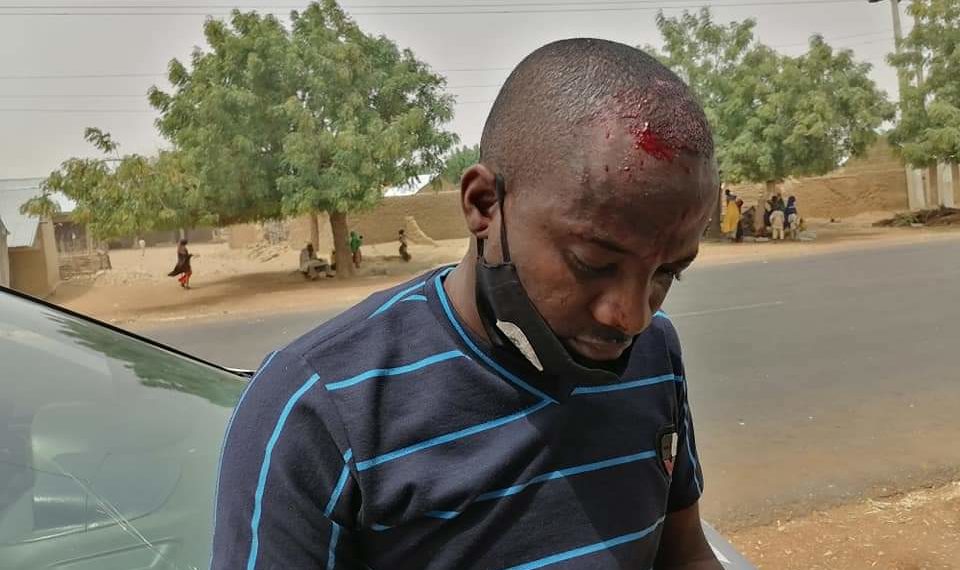 Jangedi residents accuse the government of not protecting them.

Residents of Jangebe where 317 schoolgirls were abducted on Friday in Talata Mafara Local Government Area of Zamfara State have turned their fury on government officials and journalists entering the community.

The residents accused the government of not protecting the citizens and vowed to take action on their own to rescue their abducted daughters.

Groups of youth threw stones at vehicles of government officials and journalists entering the town, with a cameraman, Babangida Calipha, sustaining injury in the attack.

There has been tension in the community since the abduction of the schoolgirls, with youth stopping security operatives and government officials from entering the main town.

The entourage of the commissioner of police in the state, Abutu Yaro, was also targetted.

However, the commissioner told reporters that the police were collaborating with the military in joint search and rescue operations.

Mr Yaro said the Force Commander of Operations, Hadarin Daji, and the commander of 1 Brigade of the Nigerian Army in Gusau, Aminu Bande, were in Jangebe to support the rescue operation.