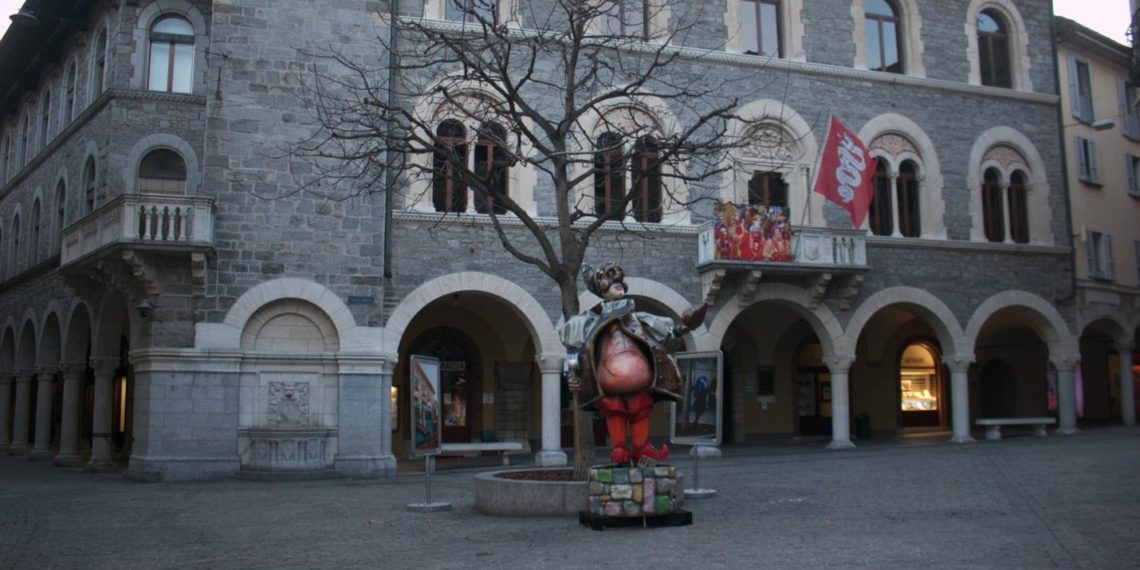 The war crimes trial of Alieu Kosiah was thrown into turmoil on Thursday as one of the Liberian witnesses flown to Switzerland to testify on Mr Kosiah’s behalf told the court he will not return to Liberia because his life is in danger following his testimony.

“It will be better for me to be jailed with Kosiah because my life will be protected,” he told the Swiss Federal Criminal Court prosecuting Mr Kosiah for war crimes in connection with Liberia’s 14-year civil war. “My life is not safe in Liberia.”

The man had arrived in Switzerland on Tuesday and was to return to Liberia on Thursday. He is one of several witnesses called by Mr Kosiah himself to help him establish his defence that he was not guilty of the war crimes for which he is accused by the seven plaintiffs in the case.

Judge Jean-Luc Bacher told the 40-year-old that he had agreed to the terms and conditions of his participation before boarding the plane, which did not permit him to stay on. The judge said his protection was in the hands of the Liberian government, not that of Switzerland. But the man insisted he did not want to go back to the West African country.

The witness said he was afraid people loyal to Mr Kosiah would retaliate against him for his testimony. “I am evidence. Liberians are good at destroying evidence. I need to be protected.”

Mr Bacher asked him to talk to prosecution lawyer Andreas Müller and immediately called off the proceedings. Mr Kosiah’s lawyer, Dimitri Gianoli, did not respond to a late text asking for comment.

The man’s actions will cast a chill on all the ongoing European investigations of Liberians accused of war crimes. Finding witnesses with strong, clear memories of the atrocities they witnessed and also the courage to testify has been a challenge for investigation teams. International governments may be less willing to undertake a case that risks witnesses claiming asylum because of their testimony.

The move comes as a Finnish court has begun proceedings in Liberia against accused war criminal Gibril Massaquoi.

Rather than bring the Liberian witnesses to Finland, the Finnish court decided to go to them in Liberia. But having witnesses testify on Liberian soil presents other challenges, including the fear that they will feel less free to speak.

New Narratives has agreed to the plaintiffs’ lawyer’s requests to conceal the identifies of the witnesses because of their credible fear of retaliation. European media covering the trials has observed the same precaution.

In extraordinary testimony on Wednesday, the witness whom Mr Kosiah and his lawyer presumably thought would absolve Mr Kosiah of the alleged crimes, made a clear case that Mr Kosiah had recruited him as a child soldier, a war crime itself.

The man, now 40, told the court that Mr Kosiah recruited him when he was a child in 1992. He said Mr Kosiah and other rebels had captured him when he was 12, in Todee, Montserrado County. Later they trained and assigned him as a bodyguard to Mr Kosiah with whom he stayed in Tubmanburg, Lofa, Bong and Monrovia between 1992 and 1998. He said he and other children had been caught up in a gun battle between Mr Kosiah’s United Liberation Movement of Liberia for Democracy (ULIMO) and their rival the National Patriotic Front of Liberia (NPFL) led by Charles Taylor, who later became president.

“He (Kosiah) was the one who initiated me in the revolution. He took me to be his son,” the 40-year-old man said. “He saved my life. I took him to be my second god.

“Everywhere he was going I had the right to be there, and everywhere I was he had the right to be there. That is why I know a lot about him,” he said, adding that he tasted Mr Kosiah’s meals before the commander ate them. He told the court that he and Mr Kosiah fought many battles together, surviving ambushes and mines. He showed the court scars on his limbs that he said were the result of those events. 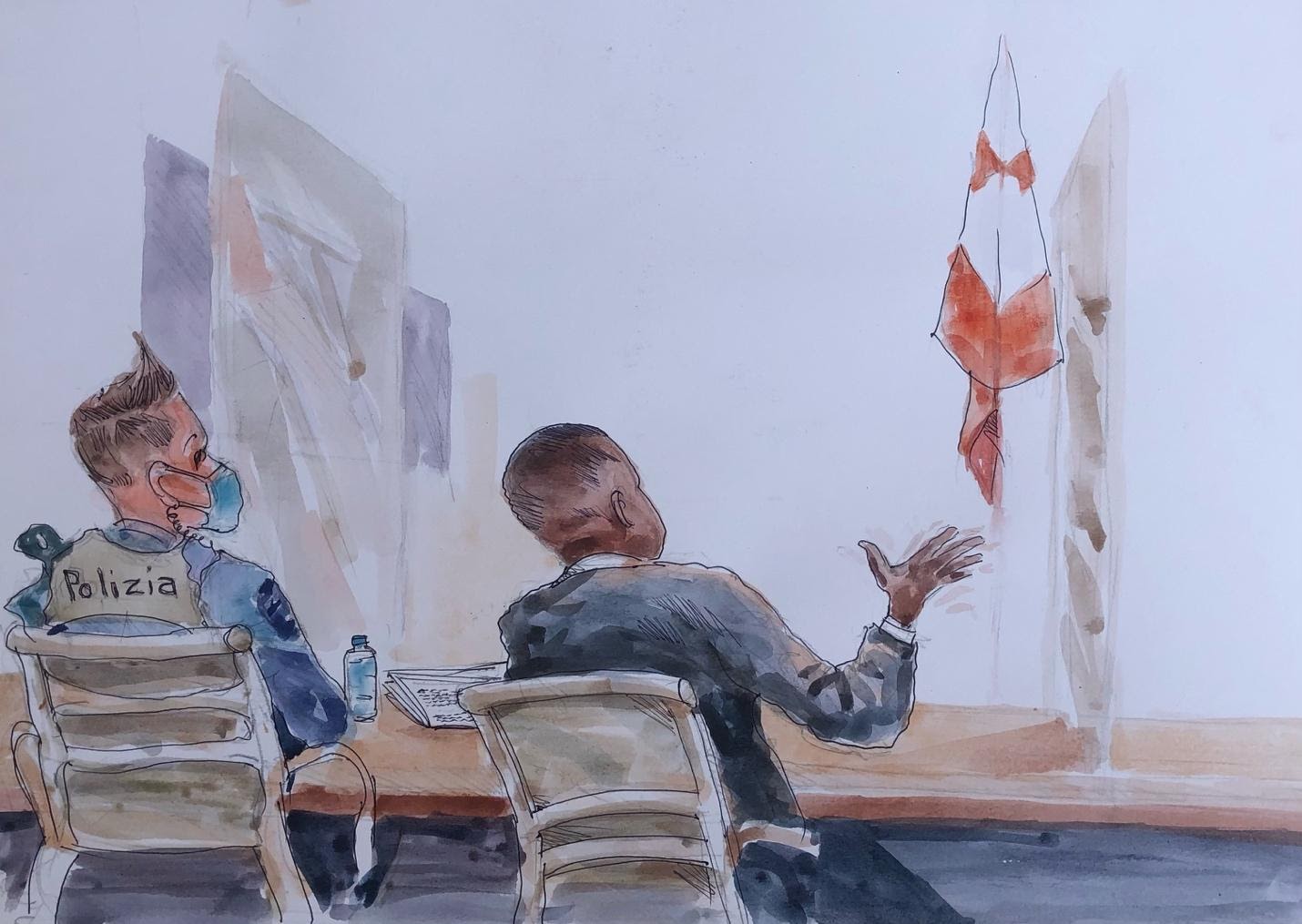 The man said he was in contact with Mr Kosiah in Switzerland before Swiss authorities began investigating him for war crimes.

Mr Kosiah served as director of the Criminal Investigation Division (CID) of the Liberian National Police between 1995 and 1996 following a cease-fire agreement among warring factions. He fled Liberia to Switzerland in 1997 after Mr Taylor won the elections. A year later, he was granted asylum and lived there peacefully as a married resident until his arrest in November 2014.

All seven Liberians who lodged the complaint against Mr Kosiah have testified to the court already, detailing all 25 counts of murder, cannibalism, rape, sexual enslavement, forced transportation, looting and recruitment of a child-soldier.

Mr Kosiah, 45, who faces a maximum 20-year sentence in this mountainous, central European country, denies all of those charges. He says he was not in Lofa between the early and mid-1990s when he is accused of having committed the acts.

“He was a good man. He was one of the commanders that saved people’s lives in Lofa,” he said, answering a question from the Judge Bacher. “If you go to Lofa, people will praise him.”

“I never saw him looting,” the man said. Kosiah was uncharacteristically calm throughout the man’s testimony, not even seen much flipping through his papers nor chatting to his lawyer Dmitri Gianoli as he had done during previous testimony.

Wednesday’s witness also told the court several times that ULIMO committed crimes, something the court has heard throughout since this trial resumed on February 15.

He admitted hearing about the butchering of civilians in Foya District and placing of their body parts in wheelbarrows, which the plaintiffs in this trial have spoken of. He conceded that some civilians were tied with their hands locked behind their backs—torture known as “duck-fowl tie bay.” He said ULIMO forced villagers to transport looted goods.

“ULIMO looted, I will not lie to you,” he said, adding that it did not have external support so had to loot to support their war. “We did the transport because we needed food.”

After his testimony, the court heard another former ULIMO rebel. The trial will continue on Thursday with another surprising defence witness  —another ex-ULIMO commander  — who has also been charged with war crimes in connection to the Liberian Civil War.