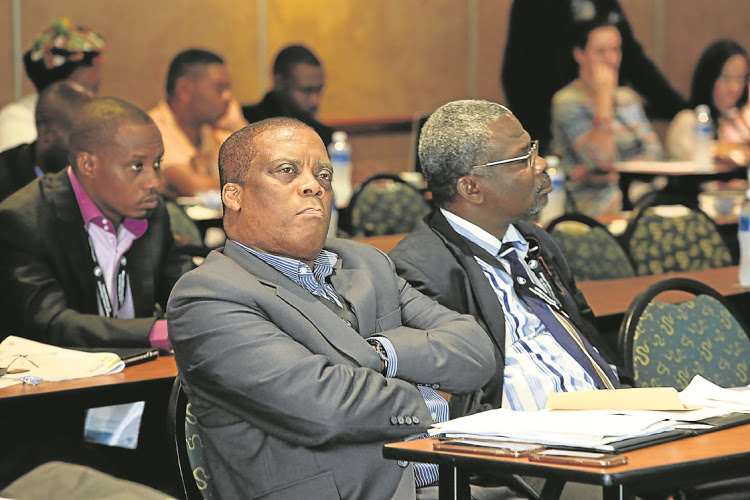 Mr Ijeoma arrived in South Africa in 1998 to study at the University of Pretoria. He is now accused of bigamy.

Having earlier renounced his Nigerian citizenship, Edwin Ijeoma, a professor of public sector economics at the University of Fort Hare, was left in the cold after his South African citizenship was revoked by the country’s ministry of home affairs. He is now stateless.

Mr Ijeoma, who arrived in South Africa from Nigeria on a study permit in 1998 to study at the University of Pretoria, was found guilty of fraudulently relying on a bigamous marriage to a South African woman to obtain citizenship by naturalization, local media Times Live reported.

The don was granted permanent residency in the southern African country the same year he graduated from the University of Pretoria, after being exempted from immigration restrictions due to his marriage to a local woman two years earlier.

By 2005, the academic, who obtained a PhD in economics in 2003, was granted South African citizenship through naturalisation, but in 2007 he divorced his South African wife, ostensibly because the couple was unable to conceive a child, according to Times.

Thereafter, the newspaper added, he was joined in South Africa by a Nigerian woman, Anne Tomo, who, in her application for permanent residence, attached a copy of her 1993 marriage to him in Nigeria, tipping off home affairs officials that Mr Ijeoma had committed bigamy.

Officials said on both occasions when Mr Ijeoma made submissions to immigration authorities in South Africa, when he was asked to indicate an immediate family member still residing in Nigeria, he listed Anne Ijeoma as his sister – not his wife.

Officials held that Mr Ijeoma’s sole mission in marrying the South African woman was to acquire citizenship, and he has now had his citizenship revoked by the ministry of home affairs.

The verdict followed a suit he filed against the home affairs ministry before the Bhisho high court.

The court’s acting judge, Mickey Mfenyana, upheld the initial judgment from 2020 which found Mr Ijeoma guilty of falsifying his marital status to the department, thereby making his South African citizenship null and void.

The judge further held that her ruling cannot be appealed, adding that another court will not differ from her finding as Mr Ijeoma “was disingenuous, if not dishonest, and that there was no reason to interfere with the minister’s decision.”

“That as an African man, he believed he was entitled to marry more than one wife; and that he represented himself as single because he was not aware that South Africa recognised customary marriages,” Times quoted Ms Mfenyana as saying.

That, the judge held, was highly improbable for an academic, “who by his own admission is of good and sound mind and an intellectual giant,” to have remained “ignorant of the implications of not disclosing his Nigerian marriage” throughout his stay in the country and his encounters with immigration matters.

In defence, Mr Ijeoma told the court he obtained a permanent residence permit because of his “good and sound character” rather than his marriage to the South African woman.

He argued that the human affairs ministry failed to consider his intellectual contribution to the country as a result of his research as an academic, and his role at the Africa Union’s New Partnership for Africa’s Development (NEPAD), where, according to his LinkedIn profile, he is a pioneer research specialist.

Ms Mfenyana rebuffed this saying it was stated in the exemption certificate he got that marriage was the basis for his exemption. She also recalled that in 2015, Mr Ijeoma pleaded to home affairs to have compassion on him, that he obtained citizenship by naturalisation as a result of the marriage.

PREMIUM TIMES’ email sent to the University of Fort Hare on what steps might be taken after the court’s finding against Mr Ijeoma has not been replied.