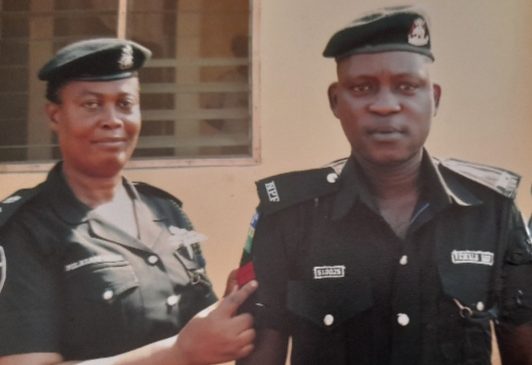 Late Rafiu Fawale in a photo with his DPO, FolashadeOdoro

One month after SSS operatives allegedly killed police officer, agencies yet to act

The SSS have also refused to speak on investigations into the death of the officer.

One month after three officials of the State Security Service (SSS) in Osun State attacked a police corporal at a party, inflicting injuries on the man which eventually led to his death, both security agencies are yet to act on the incident.

Rauf Fawale, 35, was attending a birthday party hosted by his colleague on January 21 when a fight broke out.

The party was held at Riverside, a club in the Osun capital, by another police officer identified as Inspector Modinat.

PREMIUM TIMES gathered that the fight was between three SSS officials, who were also attending the party, and some guests.

“No one knew such pathetic incidents could happen that night. We were all having fun when a fight broke out between three SSS operatives and some youths at the party,” a witness, who was at the party but does not want to be named for fear of a reprisal, told PREMIUM TIMES.

“As expected, Rauf being a policeman stepped out to intervene in the fight. Before we knew it, the SSS officials started attacking him. He was beaten mercilessly and brutalised in the process.”

Mr Fawale was reportedly hit with a gun butt on his head by an SSS official identified as David Olowoporoku. He sustained severe injury from the attack and the three SSS officials who subsequently fled the scene.

Attached to the Dada Estate Police Division in Osogbo, Mr Fawale was the first child in his family. He decided to join the police after years of his involvement in petty business and farming alongside his parents.

Upon joining the force three years ago, he started supporting his parents with funds and, eventually, was able to support his father to build a house at Ilobu in Irepodun Local Government Area of the state. 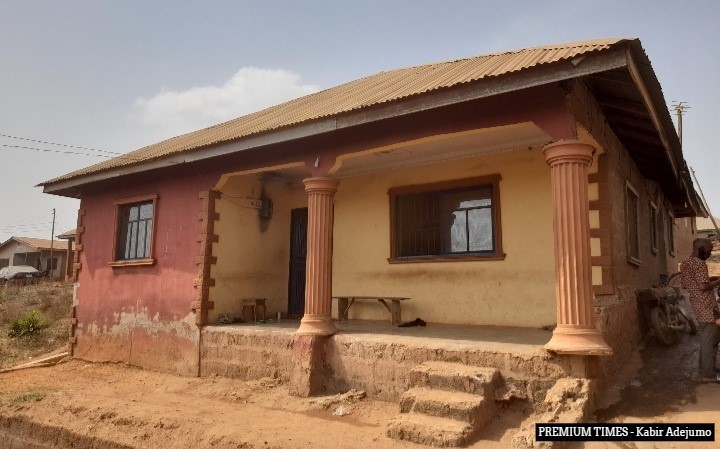 Soon, he started supporting his six other siblings financially. He was also able to take care of his wife and children.

After he was brutalised by the SSS officials, some of the guests at the party rushed Mr Fawale to Ladoke Akintola University Teaching Hospital, where he was admitted into the intensive care unit.

The family told PREMIUM TIMES that he was in a coma until he eventually died days later, on January 24.

“I got a call about the incident from my farm settlement. I left the farm immediately and ran to the hospital where he was admitted,” said Rabiu Fawale, the deceased’s father. He wept as he recounted the incident to a PREMIUM TIMES reporter. 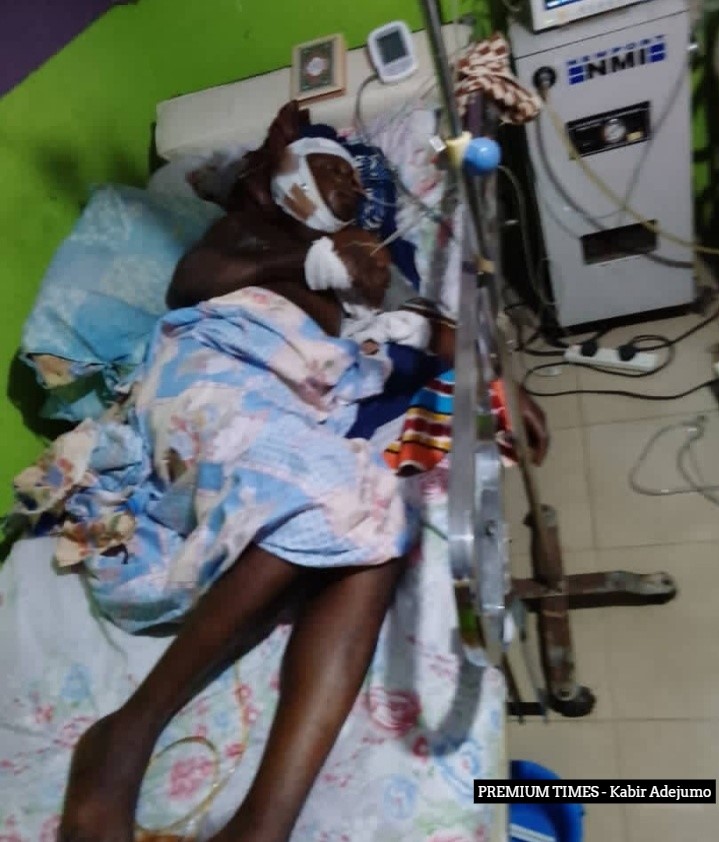 “I borrowed money with interest to ensure that I rescue my child from dying because he is the star of our home but my efforts could not yield result. He eventually died.”

While in the hospital, Ms Modinat, who hosted the party, did not inform police authorities of the incident. She also didn’t visit Mr Fawale at the hospital.

When contacted, Ms Modinat did not deny that the deceased was attacked at her birthday party. She simply told our reporter that “she is not authorised to speak with the press”.

The deceased father said even when the Divisional Police Officer (DPO) of Mr Fawale’s station, Folashade Odoro, was briefed, she promised to work with the state director of SSS to fish out the three culprits. He said nothing has been heard about the matter since then. 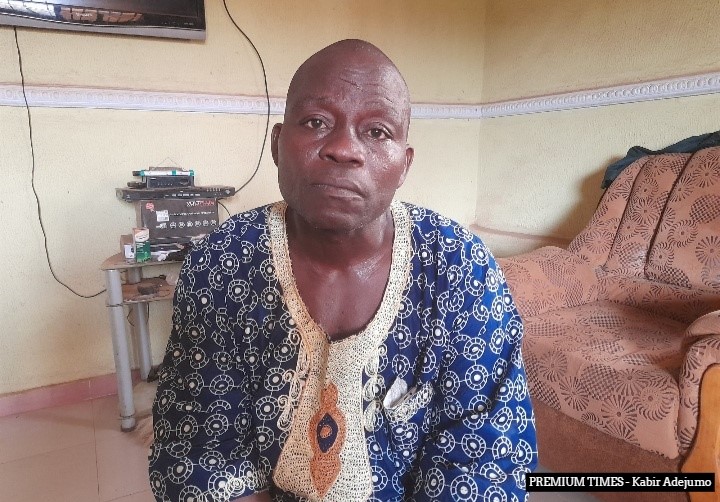 The family of the deceased confirmed to our reporter during a visit to their house in Ilobu that despite repeated efforts to meet with police authorities to get justice, no action has been taken.

Speaking further, his father said, “I gave birth to seven children but he is the breadwinner of the family. Since he has been killed, nothing has been heard from the police force. We have met with his boss, Folashade Odoro, but she stopped responding to our calls.

“I am currently in debt because I borrowed money to fight for his life which we eventually lost. The police should help me, the SSS should help me. I plead with Nigerians to help me. We want them to reveal those that killed my son.”

Narrating her ordeal, the deceased’s mother, Simbiat Fawale, told PREMIUM TIMES that she has been sick since the day her son died. 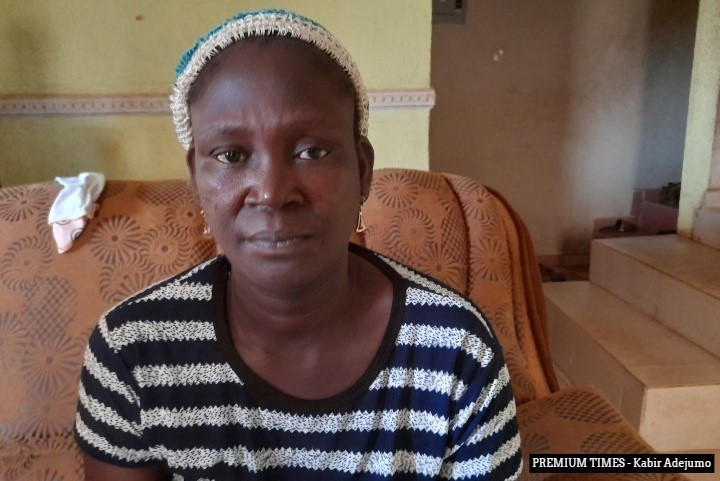 “He is my first child. I’m a farmer. He was supporting the family when he was alive. All his younger ones have no job. I have been receiving drip since he died. I have been admitted in hospital on different occasions.

“I want the SSS to find those that killed my son because Inspector Modinat was the one celebrating birthday and she would know those she invited. I don’t want money, I simply want government to kill the culprits.”

This newspaper also met with the wife of the deceased, Balikis Fawale, who is currently nursing a newborn. She told our correspondent that Mr Fawale died three weeks after she gave birth. 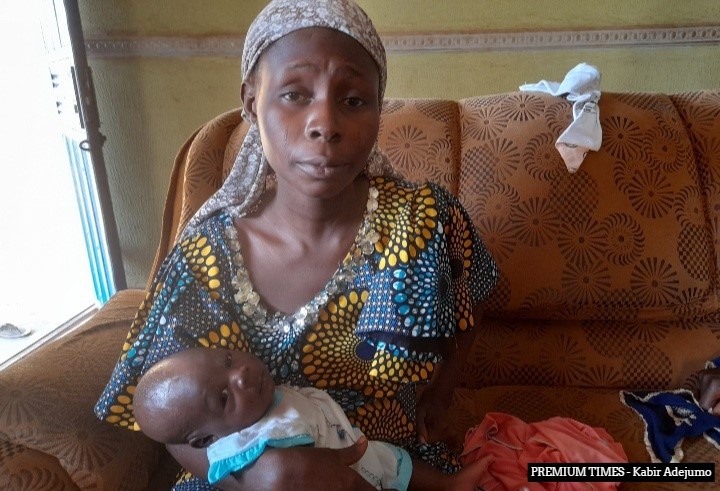 “I gave birth to three children for my husband before he died. The oldest among them is an eight-year-old girl while my second born is a six-year-old boy. I gave birth to the last born the same month my husband was killed. The children have been seeing everyone crying but they don’t know what happened to their father. 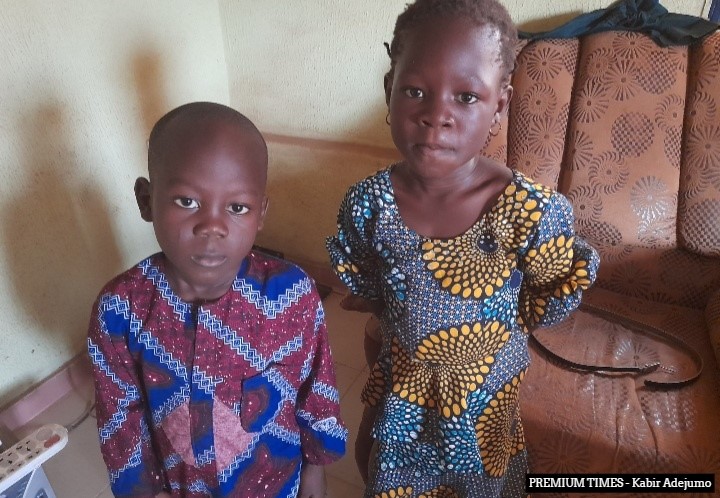 “It is an even everlasting cry and sorrow for me because I am not sure the children can even go to school again.”

Meanwhile, when contacted, the DPO at Dada Estate, Mrs Odoro, told our correspondent to come to the station for ‘detailed’ information on the investigation.

She was, however, not in the office on two different occasions when PREMIUM TIMES visited her. After repeated calls, Mrs Odoro later said “she is not authorised to speak on the incident”.

“I’m not in the position to give you any fact. The incident did not happen at that club. It happened around the club. Even if it happens in the Division, I’m not in position to talk. Call the police PPRO. She has the authority to brief you”, she said.

But when contacted, the state police spokesperson, Yemisi Opalola, told our correspondent that the SSS have failed to produce the culprits.

“The DSS is yet to release those suspects to the police,” she said. “The Commissioner of Police has written several letters to them, he went there by himself. They only promise to release them when they are given order from their headquarters in Abuja.”

She said her boss has also written to the police headquarters over the matter.

The spokesperson of SSS, Peter Afunanya, did not respond to calls and text messages on the allegations levelled against them by the police.

A source in the SSS, however, said that an investigation is still ongoing on the matter.

“The national headquarters of the police and SSS have directed investigation,” the source told PREMIUM TIMES.

“They are both collaborating on this and official statements by these headquarters will be released at the end of the interim report of the investigation. The officials may be ‘protected,'” our source said.

Nigeria’s secret police, just like the other security agencies, are notorious for the abuse of fundamental human rights. They also have a history of disobeying court orders.

Speaking on the incident, Pelumi Olajengbesi, a lawyer, said Mr Fawale’s death and neglect of his family members shows how the police, on so many occasions, have failed to live up to expectations.

“The combined provisions of sections 4 and 24 of the Police Act empowers the police to investigate matters like this encompasses questions arising from issues where and it will be safe to aver that to whom much is given much is expected,” Mr Olajengbesi said.

“I wish to reiterate that the Nigerian government must fasten her belt as extrajudicial killing and human rights abuses cases are now rampant despite the recent demonstration by the Nigerian youth tagged #ENDSARS triggered toward ending of such tendencies.

“The government and our security outfits must prioritise human life as the right to life is a direct function of the substance of other fundamental ingredients of our substantial core objective towards building a sane society. Having said that, I will prefer to use this medium to call on the Inspector General of Police to set up a major team to investigate this matter accordingly and do justice to the affected family.”