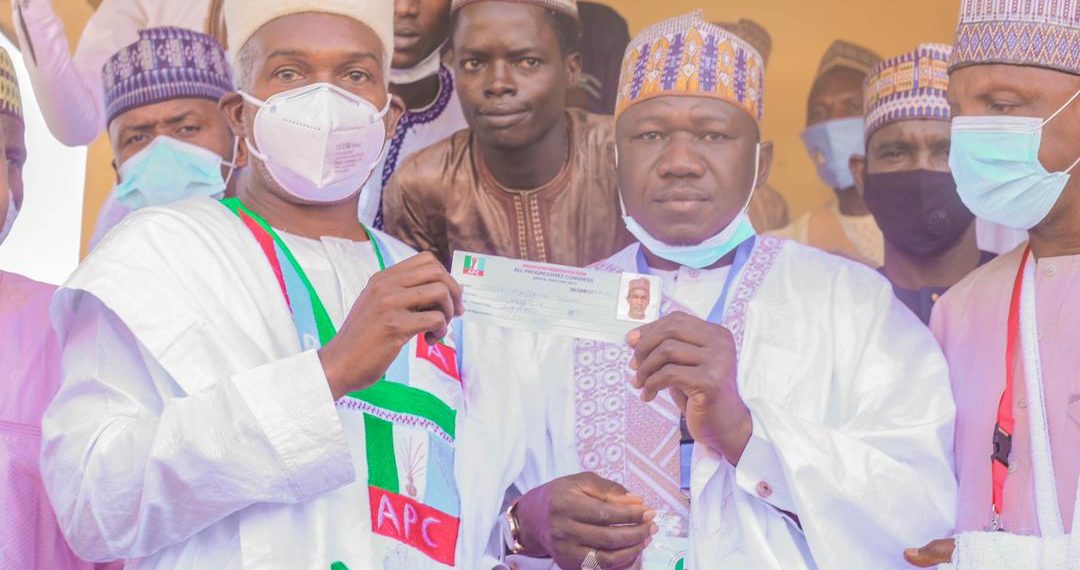 Yusuf Tugar revalidating his membership of the All Progressive Party APC

The Nigerian government has attracted funding from the German state bank, KfW, and European export credit agencies for the construction of the 283km Kano-Maradi rail line, a top government official has said.

Speaking on Tuesday, the Nigerian Ambassador to Germany, Yusuf Tugar, said the investment in rail infrastructure is one of the key achievements of President Muhammadu Buhari.

Mr Tugar spoke shortly after revalidating his membership of the All Progressive Party APC in his Udobo ward in Gamawa local government area in Bauchi State.

He said contrary to the opinions of some Nigerians, the federal government has been able to secure funding support from Europe for the rail project.

“The Federal Government has attracted funding from the German state bank KfW, European export credit agencies and Africa Finance in a venture that will see Mota-Engil constructing the 283km line connecting Kano with Maradi in Niger Republic,” he said.

He said the project was meant to stimulate the local economy along the communities connected by the rail line.

“The rail line will also cover other cities such as Danbatta, Kazaure, Daura, Mashi, Katsina and Jibiya.

“This rail project is expected to boost commerce in the region and aid in establishing Nigeria as an export hub” he added.

He said the APC administration “is investing in vital infrastructure projects that are not only engendering economic development but also improving overall human indices in Nigeria”.

“President Muhammadu Buhari has recorded milestones in the provision of infrastructure that has been unprecedented in our recent history, the completion of the Abuja-Kaduna rail line, Lagos-Ibadan rail line, the second Niger bridge, amongst several others,” he noted.

The diplomat appealed to old members to revalidate their membership of the party, while he urged new members to register and join the APC.

Mr Tuggar represented the Gamawa federal constituency of Bauchi State in the House of Representatives from 2007 to 2011. He was appointed Nigeria’s Ambassador to Germany in 2017 by President Muhammadu Buhari.