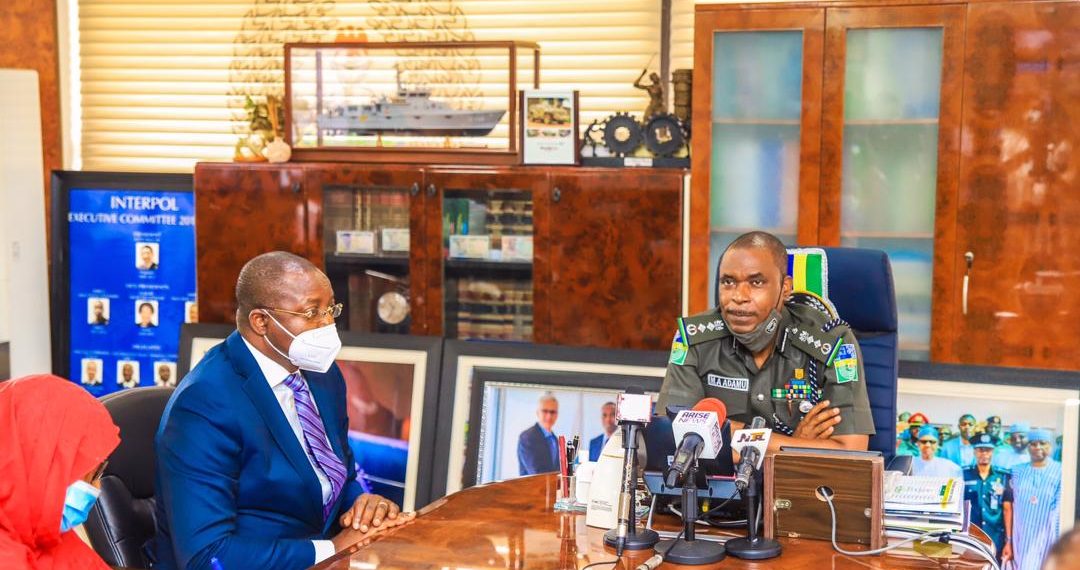 The Inspector-General of Police, Mohammed Adamu, has denied paying N2 billion bribe for his tenure to be extended.

Mr Adamu made the rebuttal on Monday in a statement signed by the Police Spokesperson, Frank Mba.

President Muhammadu Buhari had last week extended the tenure of Mr Adamu as the Inspector General of Police (IGP) by three months.

Mr Adamu was due to retire from the police on February 1, having spent the maximum 35 years in service.

Sahara Reporters had reported that the police chief paid over N2 billion to get a one-year tenure extension.

The report also said the IGP visited traditional rulers and persons of influence across the country and also spent on influencers in the Presidential Villa to get a one-year extension but the efforts did not materialise.

He said the extension was purely the prerogative of the president.

He also threatened to sue Sahara Reporters over the publication.

“The Police High Command has described as untrue, unfounded, defamatory and libelous, the publication by Sahara Reporters, dated February 07, 2021, which alleged that the Inspector-General of Police, IGP M.A Adamu, NPM, mni paid over 2 Billion Naira for the tenure extension. The Force wishes to state categorically that the extension of service of the IGP was strictly the prerogative of the President and was never paid for as maliciously reported in the publication.

“The insinuations also by Sahara Reporters that the IGP did not “celebrate” his extension smacks of ignorance and a pathetic misplacement of priority. The extension does not call for merry-making or celebration but a time for more work, rededication to duty and selfless service to the nation.

“The IGP, while assuring the nation of an unwavering commitment by the Force under his leadership, to improved service delivery, safety and security of the citizenry, enjoins members of the public to disregard and discountenance the publication by Sahara Reporters as evidently untrue and unfounded.

“The IGP is undistracted and the Force remains motivated and committed to delivering on its mandate, especially the task of neutralizing current and emerging internal security threats.

“Meanwhile, the IGP has directed his legal team to commence legal actions against the online publishers,” the statement read.

PREMIUM TIMES had reported how Mr Adamu was due to retire from the police last February 1 having spent the maximum 35 years in service.

Mr Adamu and some other top officials of the Nigerian Police Force retired on February 1, after spending the maximum number of years in service.

The IGP, who joined the service on February 1, 1986, attained the mandatory 35 years in service.

All other top police officers have proceeded on retirement, except Mr Adamu, who according to sources, sought tenure extension.