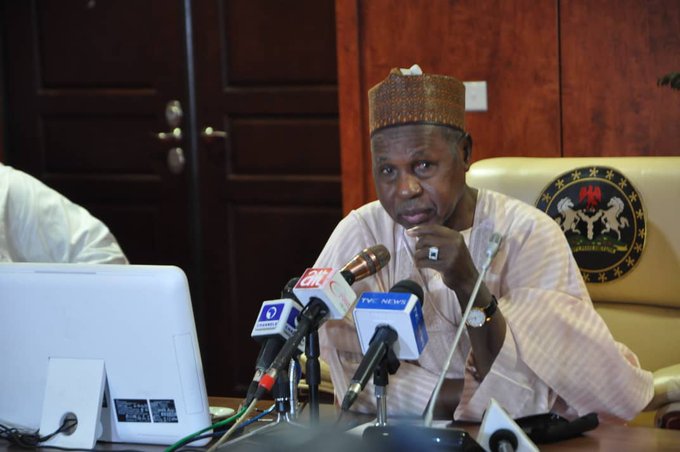 Katsina’s child law sets adult age at 18, but says those younger can marry

With more than 80 per cent of its girls married before their 18th birthday, Katsina has one of the highest prevalence of child marriage.

The Katsina State House of Assembly has passed a bill to protect children from abuse, but says the legislation will not regulate the age of marriage.

The decision means although the Child Right Protection Bill defines a child as a person below the age of 18, people who should by that definition be considered underage can still marry.

In what appears a contradiction, the sponsors of the bill say it is meant to guarantee children’s right to education and check underage marriage, cruelty and sexual assault against children.

The House Committee chairman on the Child Protection Bill, Musa Nuhu, while presenting the recommendations of the committee before his colleagues on Wednesday, urged the immediate passage of the bill to end the prevalence of child rape, child labour and forced and underage marriage in the state.

According to a United Nations survey, 43 per cent of Nigerian girls are married before they are 18. The problem of early marriage is particularly endemic in the North East and North West regions.

With more than 80 per cent of its girls married off before their 18th birthday, Katsina State has one of the highest prevalence of child marriage and street children (Almajiri) in the country.

The Act covers key aspects of the lives of children and adolescents. It is divided into survival rights, development rights, participation rights, and protection rights.

The first article of the bill, which awaits the assent of the governor to become law, gives the Sharia law supremacy over the child protection law. It says the Sharia will take precedence if any matter in the new law concerning a Muslim child goes against the religious law. Islam is the predominant religion in Katsina.

On marriage, it argues that a child’s maturity goes beyond the idea of puberty. The bill, however, says there should be counselling by parents to evaluate the development of their children before marrying them off.

Nigeria adopted the Child Rights Act in 2003 to domesticate the international convention on the rights of a child.

The Katsina assembly first introduced the Child Right Act in 2003, but later renamed it Child Right Protection Law after legislators had consultations with religious leaders.

The bill was reintroduced as an executive bill by Governor Aminu Masari on March 3.

The committee chairperson, Mr Nuhu, told the House that all misconceptions about the bill have been addressed, and that the bill provides the opportunity for the protection of children’s rights to education, and better welfare for them.

The lawmaker stressed that the bill was also aimed at addressing the menace of drug abuse, underage marriage, same-sex marriage and other social vices bedevilling children, particularly teenagers in the state.

After deliberations on the committee’s report, the lawmakers unanimously passed the bill which now awaits the governor’s assent to become law.

In the North-west, Kaduna passed a similar law in 2018, while Kano, Sokoto, Kebbi, and Zamfara are yet to do the same. Jigawa passed the Child’s Right Act, but later repealed it in 2012. It reintroduced the bill in September.

The lawmakers in Jigawa said the law was repealed due to inadequate input from citizens and ambiguous sections that needed explanations.

Also, the bill, a domestication of the Federal Act, was signed into law by the then secretary to the state government, which was not the right procedure.

The Kano government had in January said its bill had been forwarded to state’s assembly.