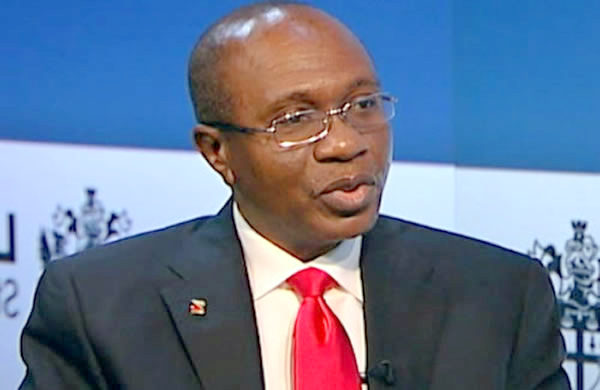 In assenting into law of the BOFIA 2020, President Muhammadu Buhari said the new legislation represents a “monumental piece of legislation expected to enhance the soundness and resilience of the financial system.”

After more than 29 years in operation without a review or an amendment, the Banks and Other Financial Institutions Act (BOFIA) Cap B3 Laws of the Federation of Nigeria 2004 was finally revised on Thursday, November 12, 2020.

With the archaic and outdated provisions, the law appeared to have served as a facilitator of the laxity in corporate governance and corruption as the operators exploited its weaknesses to perpetrate various reckless insider abuses and other unethical conducts that only fueled the high incidence of non-performing loans (NPLs) in the banking system.

Following the 2004 and 2008 financial sector crises, which instigated a straw of reforms to restore confidence in the banking sector, the need for the review of the regulatory environment through the revision of the BOFI Act heightened.

Since 2016, the NESG, in a partnership with the Nigerian Bar Association – Section on Business Law and the National Assembly Business Environment Roundtable (NASSBER) undertook various initiatives to review business, investment, and job creating laws in the country.

One of such laws was the BOFI Act, which, it believed, was capable of improving the country’s business environment and bring it to the globally acceptable standard.

In assenting into law of the BOFIA 2020, President Muhammadu Buhari said the new legislation represents a “monumental piece of legislation expected to enhance the soundness and resilience of the financial system for sustainable growth and development of the Nigerian economy.”

He said the BOFI Act 2020 updates the laws that will enable the banking and financial services sector respond to developments and significant evolution in the financial sector over the last two decades.

“It will increase the appetite of banks and other financial institutions to channel much needed credit to the real sector to support economic recovery and promote sustainable growth,” the president added.

Besides, the President said the new BOFI Act would strengthen the “regulatory and supervisory framework for the financial industry by providing additional tools for managing failing institutions and systemic distress to preserve financial stability amongst others.”

With the growing deployment of new technology in the provision of banking services, the new BOFI Act is also expected to help regulate the activities of financial technology companies (FinTechs) and ensure adequate sanctions for regulatory violations and abuses in the financial system.

Several provisions in the old law have been deleted and new ones introduced to align their application to current realities in the financial system.

The new legislation would not only enhance the soundness and resilience of the country’s financial system towards sustainable growth and development of the economy, it would enhance the capacity of the banks and other financial institutions to direct more credit to the real sector to support economic recovery and promote sustainable growth.

With the introduction of credit tribunal, the new law will help improve the loan recovery drive of the sector and check the high incidence of non-performing loans, which has been a key deterrent to lending by financial institutions in the country.

Analysts say the new law will strengthen the regulatory and supervisory framework for the financial sector by providing additional tools for managing failing institutions and systemic distress to preserve financial stability.

For instance, the issue of illegal operation in the banking and other financial services sector without a valid license has now been addressed with a specific provision requiring the offenders to first “refund deposits to holders” and imprisonment term not less than 10 years, or a fine not less than N20 million.

Under the previous BOFI Act, Section 2(2) subjected illegal operators to a fine of a N2million only, imprisonment or both.

Section 33(3) of the old law, which deals with power of the CBN Governor to appoint one or more officers of the Bank as examiner of the affairs of the financial institutions, was removed from the new, along with the provisions of Sections 47(2) and 49(2).

Under Section 3(3) of the new Act, which empowers the CBN to issue or refuse to issue an operating license to an applicant upon payment of the prescribed fees, the apex bank is required to provide and explanation within 60 days where such an application was rejected.

The new provision seeks to remove the wide discretionary powers the previous law allowed the CBN Governor to refuse issuing a banking license without explanations.

Where an application for a banking license is granted an applicant by the CBN, Section 3(4)(ii) of the new law requires that additional information be given in writing to the applicant, indicating the scope of the banking business can engage in and the geographical area covered.

Besides, a fresh sub-sections 6 and 7 have been introduced to Section 3 of the new Act to outlaw the operation of any bank or its subsidiary that has no physical presence in the country of incorporation and has not be licensed to operate as an affiliate of any financial services group.

Pursuant to Section 3(7), which requires all applications for operational banking license to be forwarded to the CBN Governor with prior approval of the Minister of Finance, imposes a fine of N5million, in addition to a fine of N100,000 daily, for breaches to sub-section 5.

Under Section 5(3), any bank that fails to comply with any of the stipulated conditions relating its operational license shall be liable under the new Act to a fine not less than N1million, in addition to a fine of N100,000 daily for the duration the conditions have not been complied with.

Also, Section 5(5) reviews the penalty from a fine of N500,000 for failure to meet conditions and imposes additional conditions of a fine not less than N500,000 and an additional fine of N100,000 daily for the period the offence continues under the new Act.

Section 5(6) makes any bank director, manager, or officer who fails to take reasonable steps to secure compliance with any conditions of the bank operating license liable on conviction to a term of imprisonment not exceeding five years, or a fine of N15million, or both.

On “Revocation of Banking License”, Section 12(1) – (9) of the new Act expands its scope to cover at least nine subsections dealing with the appointment of the Nigerian Deposit Insurance Corporation (NDIC) as a liquidator of the affected bank whose operational license has been revoked.

The section also covers immediate payment by the CBN of private deposit liabilities of the bank prior to the commencement, or completion of the liquidation of the bank by NDIC, and the creation of exclusive jurisdiction of the Federal High Court to entertain actions contesting the revocation of such licenses.

Again, the provision provides for the time frame within which the action contesting the revocation by the NDIC shall be heard and determined as well as the duration of an appeal against the decision of the Federal High Court.

The new Act bars persons from carrying on specialised banking or business of other financial institutions in the country, other than insurance, pension funds management, collective investment schemes, and capital market, except those incorporated in Nigeria and holding valid licenses granted under the Act.

On CBN’s regulatory authority, the new Act expressly gives wider powers as the apex regulatory agency, as no bank, subsidiaries, cash centre, representative or branch office may be opened or closed any within or outside Nigeria except with its approval in writing.

On the “Minimum Capital Ratio” of banks, Section 13 of the new Act acknowledges the power of CBN to prescribe a higher or lower capital adequacy ratio, or demand that a bank has a holding company or subsidiary or both to calculate and maintain minimum capital adequacy ratio on a consolidated basis.

To check the high incidence of non-performing loans by banks, any bank grants any advance, loan, or credit facility in excess of N3million without the approval of the CBN, and without any security shall be liable to regulatory sanctions spelt out in Section 20(1)(c).

Similarly, the aggregate value of the equity participation of the bank in all enterprises, both domestic and foreign, shall at no time exceed 40 per cent of its shareholders’ fund unimpaired by losses or such other percentage as the CBN may prescribe. The old Act pegged percentage equity at 20 percent.

Under the new Act, a non-interest or profit and loss sharing bank shall indicate conspicuously in all its offices that they charge no interest.

Section 27(1) and (2) says a bank shall, not later than three months after the end of its financial year, forward to the CBN for approval to publish its financial statement be prepared in accordance with the relevant accounting standard.

Not later than 14 days after approval by the CBN, all banks must publish in at least two national daily newspapers the addresses of its offices and branches, as well as forward its balance sheet and profit and loss account duly signed with the full and correct names of its directors.

An Associate at Lagos-based law firm, Oluwakemi Balogun LP, Taiye Adegoke, in a review he wrote in reaction to the passage of the new law, described the new BOFI Act as “laudable and progressive” as it contains provisions on new and emerging areas of business and banking.

The Act forbids persons or companies from carrying on any FinTech business in Nigeria without duly incorporated in Nigeria and their proprietors holding a valid license issued under the Act.