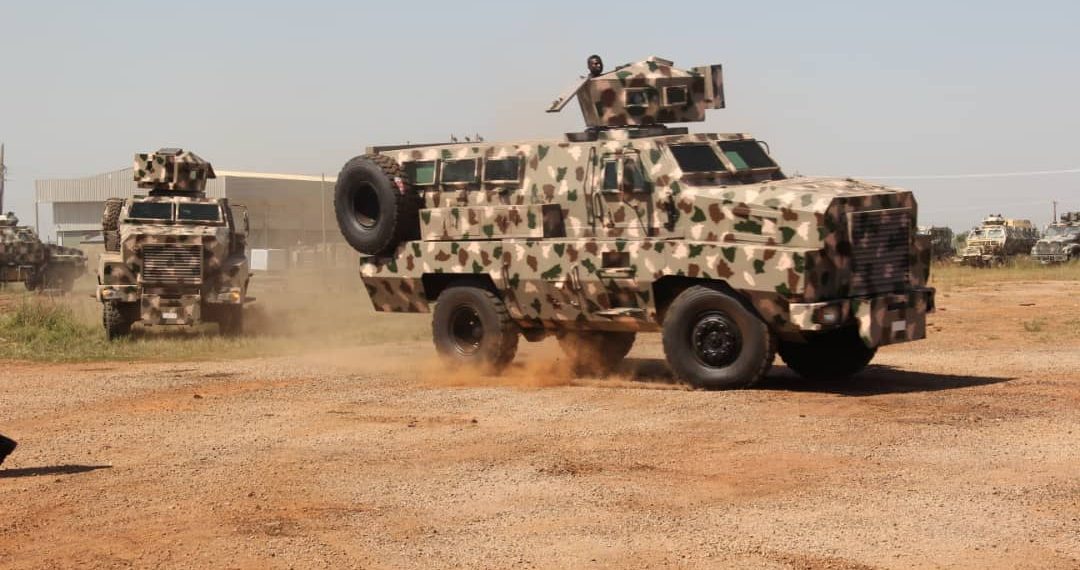 Mr Buratai says the equipment has aided military operations against bandits and Boko Haram/ISWAP terrorists in the North East.

The Chief of Army Staff, Tukur Buratai, who made this known at the inauguration of the vehicles in Kaduna, said the equipment has aided military operations against bandits and Boko Haram/ISWAP terrorists in the North East.

The News Agency of Nigeria (NAN) reports that the vehicles, which are designed specifically to withstand improvised explosive device attacks and ambushes, were manufactured by the Command Engineering Depot, Kaduna.

“The vehicles have significantly improved our capability to defeat our common adversary, Boko Haram and the Islamic State of West Africa Province,’’ he said.

The army chief said that the induction of the vehicles was a “clear testament to the unprecedented commitment of the Nigerian Army to building industrial capacity of the CED to undertake in-depth Research, Development and Innovation (RDI).’’

“Today, one of the greatest challenges facing the Armed Forces of Nigeria (AFN) and other security agencies is an outright reliance on importation of defence logistics from allies.

“Accordingly, President Muhammadu Buhari posits that Nigeria’s dependence on other countries for critical military equipment is unacceptable, the country must evolve (a) viable mechanism for near self-sufficiency in military equipment and logistics production,’’ he said.

Mr Buratai said that the president’s charge, therefore, made the Nigeria Army to initiate collaboration among CED, Defence Industries Corporation of Nigeria and Buffalo Engineering Technical Services Ltd., to produce the local MRAPs.

“Succinctly, these platforms are aiding the Nigerian Army to perform its constitutional roles across all spectra of warfare such as the ongoing counter insurgency operations in the North East and other operations.’’

Earlier, the Commander, Engineering Depot, Sunday Araoye, said the induction of the vehicles was a clear manifestation of the Nigerian Army’s commitment to enhancing the industrial base in the country.

Mr Araoye said that the uncommon approach was adopted in fabricating the hardware for the armed forces and other security agencies in the country.