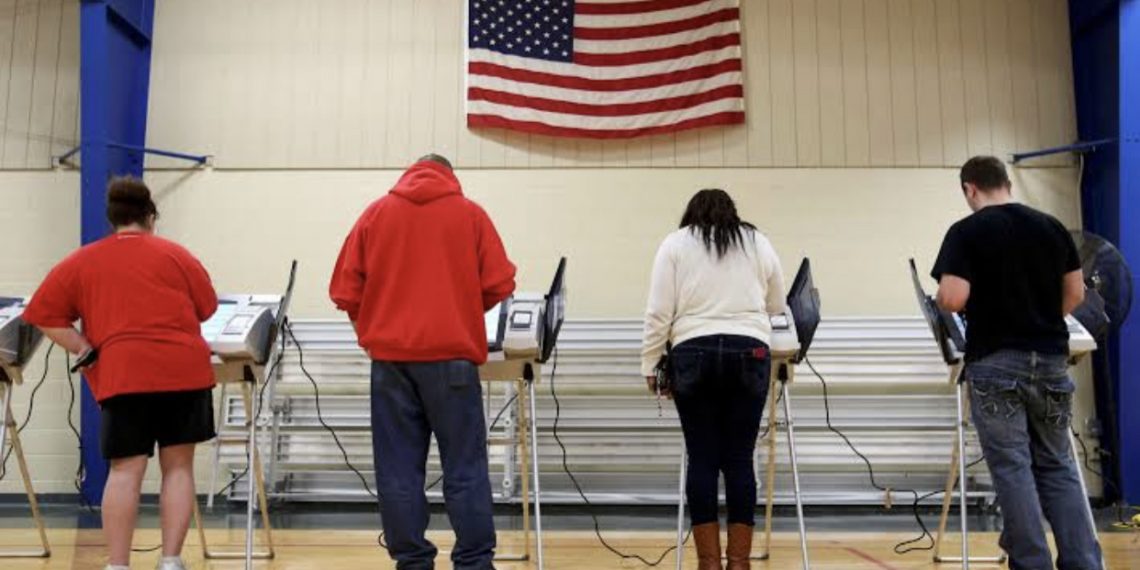 Amidst raging coronavirus pandemic, American citizens headed to the polls on Tuesday to decide who will pilot the affairs of the world’s largest economy for another four years.

The presidential race is between incumbent Donald Trump of the Republican Party and former vice president, Joe Biden, of the Democratic Party.

The U.S. general elections are fiercely contested between candidates of the two political parties.

Before polls opened on Tuesday, over 100 million Americans had already cast their ballot in-person or by mail as the election day marks the deadline for votes to be cast, according to the U.S. Elections Project at the University of Florida.

The early vote has set a groundbreaking record in the history of one of the world’s oldest democracies.

This, analysts say, underscores the intense interest in the election and has raised concerns about an in-person voting on election day during a pandemic that has killed more than 230,000 Americans.

In the buildup to the election day, a federal court injunction rejected a Republican bid to cancel about 127,000 votes already cast at drive-through voting sites in the Democratic-leaning Houston area, Texas on Monday.

There are also fears of likely unrest in some states, prompting the White House to shore up security Monday night ahead of the unexpected.

Meanwhile, amidst these tensions and anxiety, polls opened on Tuesday at 6 a.m. EST (1100 GMT) in some states like New York, Virginia and New Jersey.

Results are expected to start trickling in after 7 p.m. EST (2400 GMT) when polls close in states such as Georgia while final national results could take days.

The world is watching keenly at how the oldest democracy manages the electioneering period.