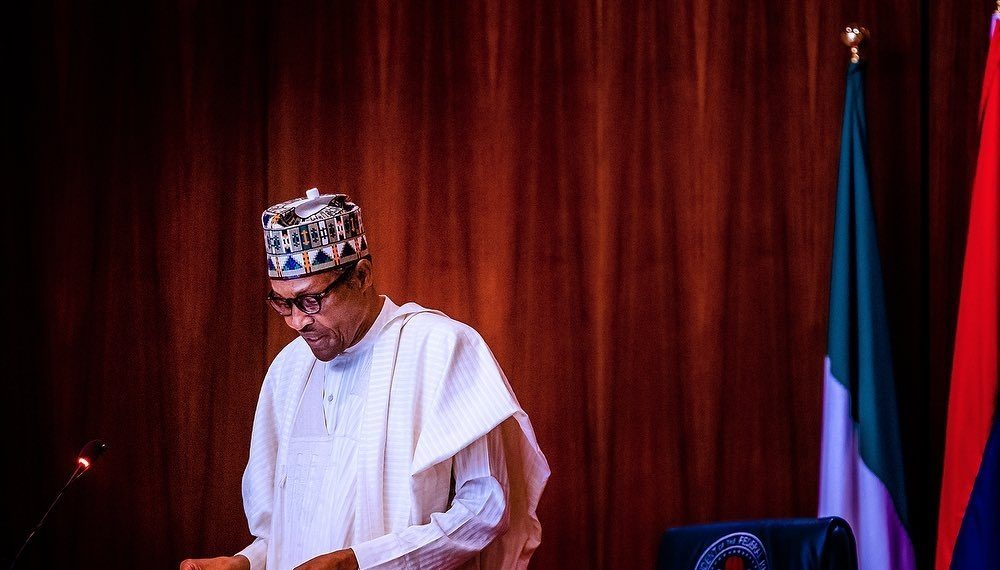 A statement by the presidency did not mention the attack.

President Buhari has called for calm a day after soldiers opened fire on #EndSARS protesters in Lagos, killing many.

Governor Babajide Sanwo-Olu of Lagos said the attack was conducted by forces beyond his direct control, and said he lacked the powers to direct the military, putting the blame on the federal government.

The army reports to the president who is the commander-in-chief, meaning any such deployment should have been approved by Mr Buhari.

In a statement Wednesday, the presidency said Mr Buhari was committed to police reforms.

The statement signed by the presidential spokesperson, Femi Adesina, said the president had called for calm across the country.

There was no mention of the attack.

At the last count, no fewer than 13 States have gone ahead to establish the Judicial Panels of Inquiry as resolved by the National Economic Council to address the question of redress and justice for victims of police brutality across the country.

The States that have set up the panels so far are: Lagos, Kaduna, Delta, Ekiti, Ogun, Anambra, Enugu, Imo, Plateau, Edo, Nasarawa, Ondo and Akwa Ibom.

President Muhammadu Buhari welcomes the promptness of these necessary subnational actions, and reaffirms his commitment to supporting the State Governments to ensure that justice is achieved for all victims of police brutality in Nigeria.

Under the Chairmanship of Vice President Yemi Osinbajo, the National Economic Council (NEC) at its meeting on Thursday October 15, 2020 resolved to establish State-level Judicial Panels of Inquiry, to investigate allegations of Police brutality and ensure that all erring personnel are brought to justice.

Prior to that, the President in June 2019 signed a Bill establishing the Police Trust Fund, to mobilize additional funding for the welfare and equipping of the Nigeria Police Force. Accrual of funding into the Fund, as specified in its enabling Act, has commenced.

Only on Tuesday, at the commissioning of the Nigerian Police Pension Fund Limited building, the President also reiterated continuous support for both serving and retired police personnel.

The President has equally approved the rollout and funding of a new Community Policing Initiative, as part of a larger programme of police reform in Nigeria, aimed at rewriting the rules of engagement between the Force and citizens.

President Buhari’s commitment to extensive Police reforms should never be in doubt. The President in September 2020 signed the new Nigeria Police Act, the first comprehensive revision of the Police Act in decades.

As President Buhari declared, the immediate dissolution of the Special Anti-Robbery Squad (SARS), is the first step in a set of reform policies that will deliver a Police system accountable to the Nigerian people. The President has also approved full implementation of the report of the 2018-2019 Presidential Panel on Police Reform.

Indeed the National Human Rights Commission (NHRC) and the Police Service Commission (PSC) have now commenced the implementation of the Report.

The Presidency appeals for understanding and calm across the nation, as the implementation of the reforms gathers pace at Federal and State levels.

The Presidency wishes to reiterate the full commitment of the Buhari Administration to the implementation of lasting Police reforms in Nigeria.

#EndSARS: Obasanjo to Buhari: Stop shooting of protesters by soldiers, others