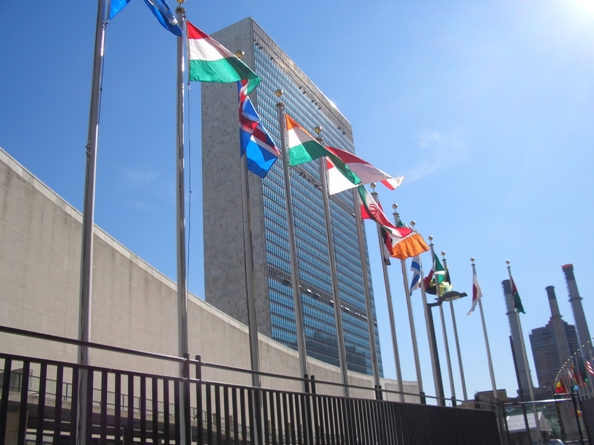 Profit-shifting enterprises cost governments about $500 billion (N190 trillion) in losses annually, according to a United Nations panel of experts.

The estimate came in an interim report of the High-Level Panel on International Financial Accountability, Transparency and Integrity for Achieving the 2030 Agenda (FACTI) published on Thursday.

According to the report, $7 trillion (N2.6 quadrillion) in private wealth is hidden in haven countries, while 10 per cent of world Gross Domestic Product (GDP) is held offshore.

It also indicates that around $1.6 trillion (N608 trillion) or 2.7 per cent of global GDP is laundered annually.

The panel, made up of former heads of state, past central bank governors, business and civil society leaders, and prominent academics was established by the UN General Assembly and Economic and Social Council in March.

The report says global finance controls have not kept pace with a globalised and digitalised world.

It states that governments cannot agree on the problem or the solution as resources that could help the world’s poor are drained by tax abuse, corruption and financial crime.

The report also reveals that criminals have exploited the pandemic as governments relax controls to speed up healthcare and social protection.

It underscores the need for governments to do more to tackle tax abuse and corruption in global finance.

The FACTI Panel calls for a more coherent and equitable approach to international tax cooperation, including taxing the digital economy, and more balanced cooperation on settling disputes.

This came days after the FinCen Files investigation report, also published by PREMIUM TIMES, which revealed how some big banks allowed criminals to move over $2 trillion (N760 trillion).

The global investigation by no fewer than 400 journalists reveals that there are major gaps in the system to regulate dirty money.

In a statement on the launch of the FACTI reports, Dalia Grybauskaitė, co-chair of the panel and former president of Lithuania, said corruption and tax avoidance were rampant.

“Too many banks are in cahoots and too many governments are stuck in the past.

“We’re all being robbed, especially the world’s poor. Trust in the finance system is essential to tackle big issues like poverty, climate change and COVID-19.

“Instead we get dithering and delay bordering on complicity,” she said.

“Resources to stop the spread, keep people alive and put food on tables are instead lost to corruption and abuse,” he said.