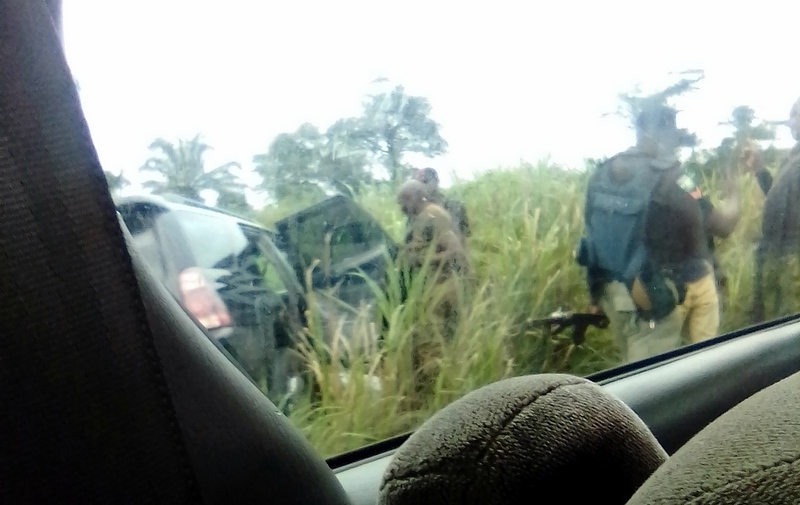 The bandits’ operation, which started around 4 p.m., lasted for more than 20 minutes, was witnessed by PREMIUM TIMES.

Many drivers drove their cars off the road while passengers ran for their safety into a nearby village, Ugoneki.

Moments after the sporadic shooting began, operatives of the Nigerian Army and the anti-robbery squad of the police arrived at the scene.

While it was not clear whether the robbers made away with any items or valuables, it was confirmed that two persons including the driver of a black SUV were shot.

As at the time of filing this report, no attempt has been made to save the lives of the victims. Movement has, however, resumed on the highway.

PREMIUM TIMES had previously reported on the worsening security situation in Nigeria with growing cases of kidnapping, terrorism and banditry.

Recall that no fewer than 415 Nigerians were killed in various violent attacks across Nigeria in July, according to a report by a non-governmental organisation, Nigeria Mourn.

In its recent report, titled, Violence Incidents Report: July 2020, Nigeria Mourn, which tracks incidents of violent killings across the country, said the cases were recorded in 21 states. The group sourced the data from newspaper reports.

Why Buhari’s agenda differ from his campaign promises – Presidency