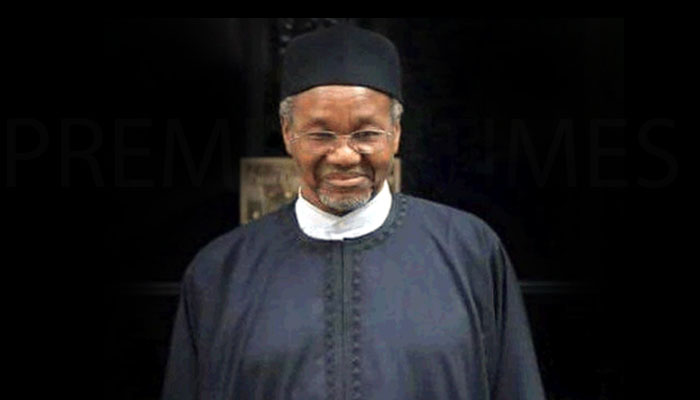 An aide and close friend of Mamman Daura, Aminu Balele Kurfi, has said that the nephew to President Muhammadu Buhari travelled to London for routine medical check-up.

Mr Kurfi was reacting to reports Wednesday that Mr Daura was flown to the UK aboard a private jet after developing a serious medical condition suspected to be COVID-19-related.

He also said Mr Daura often travels for medical checks with his long-term doctors based in the United Kingdom.

“I was one of those who saw him off at the Airport and he called me when they landed in London this evening (yesterday),” he said.

He described reports of serious illness as inaccurate.

“At 80 years it is natural that he will from time to time undertake medical checks,” Mr Kurfi said.

He added that as a free citizen, Mr Daura is free to seek medical services or opinion anywhere.

“If he were sick and the sickness is COVID-19, do you think UK authorities will allow him to travel there at this time?” he asked.

Nigeria had on March 23 suspended local and international flights to and from the country as one of the ways of curtailing the spread of coronavirus which has so far infected over 50,000 Nigerians and killed 985 of them.

While local flights resumed on July 8, international flights will only resume on August 29.

It is unclear why an exemption was made for Mr Daura to fly out of the country for routine medical tests.

Mr Kurfi, his associate, did not say, although many Nigerians are suggesting he got the special treatment because of his relationship with Mr Buhari.

Mr Daura, a powerful member of the president’s inner caucus, is believed to have huge influence on the president and his administration.

Mr Kurfi also said Mr Daura is being targeted by a section of the media for freely expressing his opinion regarding the 2023 election.

The President’s nephew had in a recent BBC interview urged Nigerians to deemphasize the rotation of the nation’s presidential office between the north and south of the country. He said the country should rather place competence over power rotation.

Mr Daura, a northerner, spoke at a time many Nigerians are pushing that the presidency should be conceded to the South when Mr Buhari completes his tenure in 2023.

He was widely criticized for that opinion with many Nigerians suggesting he was laying the foundation for the north to hold on to the presidency beyond Mr Buhari’s tenure.

“What is wrong in advising that Nigerians should go for competence and not necessarily where one comes from in electing leaders?

“There are competent leaders in all the regions of the country and democracy has now developed to a situation whereby anyone being elected must be on the basis of what they have to offer and not where they come from,” Mr Kurfi said.

He said some of the people “trying to bring down the government by advocating for a revolution were on the ballot during the last election but could not win their state, local government, ward or even polling unit, so they are now resorting to call for violence. Can they be allowed to do that in any other country?”