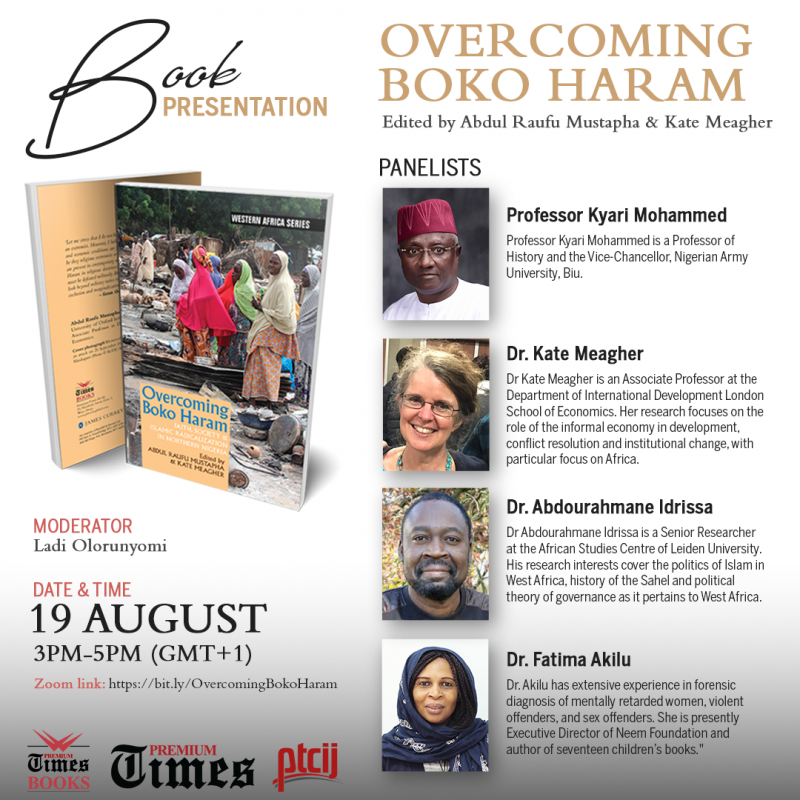 Eleven years on, the question on every lip is what is Boko Haram’s staying power? What does the insurgent group possesses that keeps it several steps ahead of soldiers of the Nigerian Army, their Cameroonian and Chadian partners and even American allies?

Nigerians have lost count of how many times the Buhari administration claim, as the Goodluck Jonathan administration did, that Boko Haram has been defeated, a claim the insurgents often refute with deadly attack on vulnerable communities.

As the grim statistics generated by the insurgency keeps growing – 27,000 deaths, two million people displaced, 17 billion infrastructural damages according to some analysts – so have the task to understand Boko Haram actors and enablers.

As of 2019, more than 27 books have been published on the insurgency. In this crowded field of what one analyst calls “Boko-Haramology”, the trilogy edited by Abdul Raufu Mustapha – Sects & Social Disorder, Creed & Grievance and Overcoming Boko Haram – stand out for what another analyst describes as their magisterial authority.

First published in 2014, Sects & Disorder studies the perceived Muslim-Christian divide in northern Nigeria as well as the polarization within the two faiths. Creed & Grievance followed in 2018, it presents an in-depth exploration of the overlap between ethnicity and religion interacted with the 1980s socio-political changes in northern Nigeria to produce the tension and conflict that have paralyzed the region and threatened national security.

Scheduled for publication in 2020, Dr. Mustapha was hard at work on Overcoming Boko Haram when he passed in 2017. Dr. Kate Meagher completed the work timely and seamlessly, the book made it to shelves this past February.

Premium Times Books has had the honour of publishing the Nigerian edition of all three books, the first two of which we launched in August 2018. In keeping with the demands of the COVID-19 era, we will host a webinar book presentation of Overcoming Boko Haram on August 19.

Discussion will move from a broad overview of the book to analysis of the Boko Haram insurgency to examine the wider social and political processes that explain why Boko Haram emerged when and where it did, and what levers exist within society to contain it.

Below is short bio of speakers at the event.

– Dr Kate Meagher – Associate Professor at the Department of International Development, London School of Economics. Her research focuses on the role of the informal economy in development, conflict resolution and institutional change, with particular focus on Africa.

– Dr Abdourahmane Idrissa – Senior Researcher at the African Studies Centre of Leiden University. His research interests cover the politics of Islam in West Africa, history of the Sahel and political theory of governance as it pertains to West Africa.