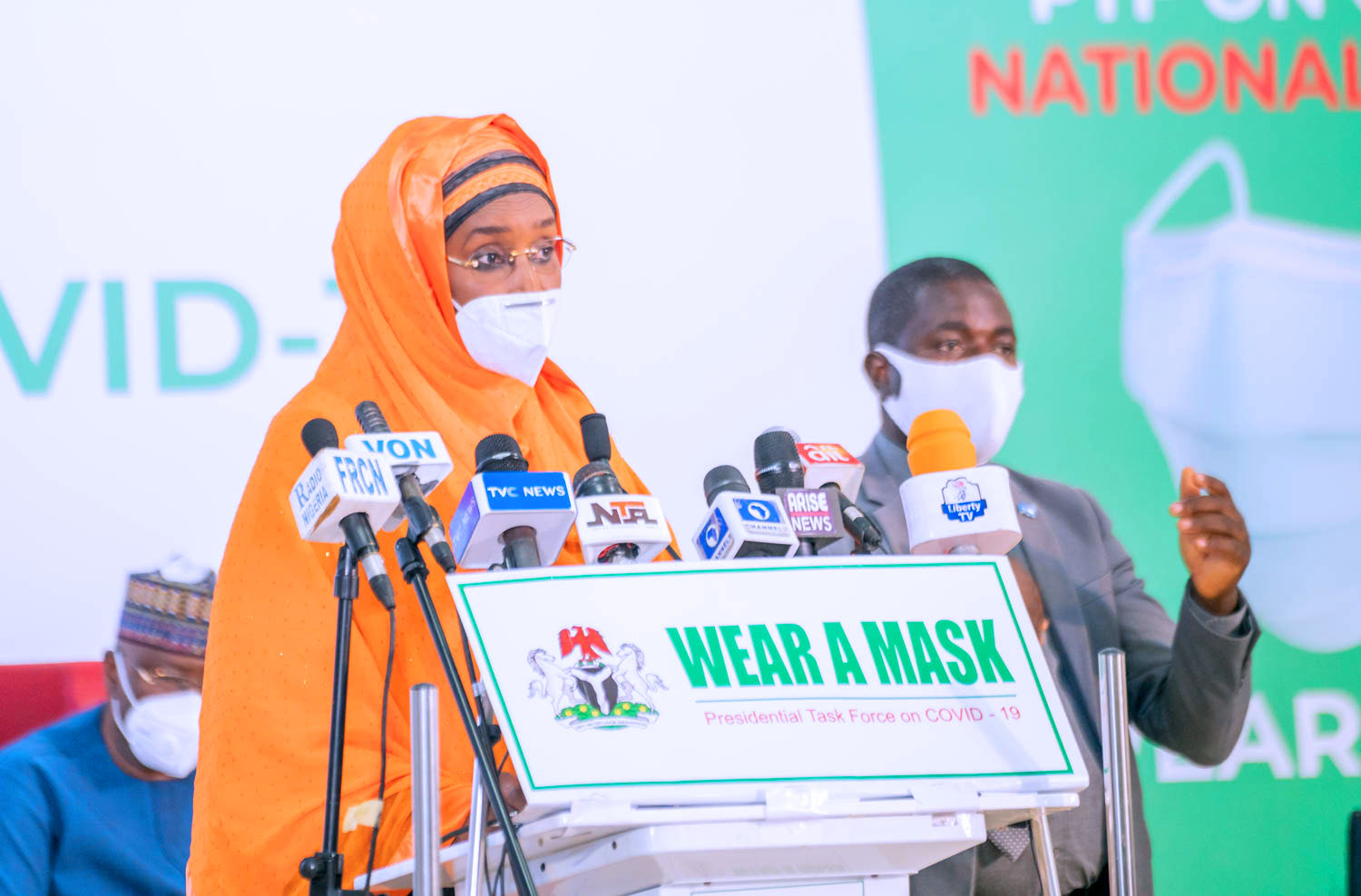 The federal government says it spent about N523.3 million on school feeding programme during the coronavirus induced lockdown.

The Minister of Humanitarian Affairs, Sadiya Farouq, said this on Monday during the Presidential Taskforce briefing on COVID-19 in Abuja.

Ms Farouk said about 124,589 households benefited across the FCT, Lagos and Ogun states.

The minister spoke against the backdrop of allegations of corruption in the social intervention programmes. Many Nigerian on social media have been calling on the federal government to identify the vulnerable members of the population benefiting from the palliatives and the process used for the selection and distribution.

The National Assembly had also called for a total review of the process while state governors also urged President Muhammdu Buhari to reform the process of the distribution of the palliatives.

In her remarks on Monday, the minister said the Home Grown School Feeding Programme was modified and implemented in three states following the presidential directive on March 29.

Ms Farouq had announced that children in primary 1 to 3 in public schools participating in the feeding programme across 3.1 million households are targeted to benefit from the Covid-19 palliatives in the country.

She also said the federal government would only provide vouchers to the beneficiaries who would be given only “uncooked” food items.

“It is critical at this juncture to provide details that will help puncture the tissue of lies being peddled in the public space.

“The provision of ‘Take Home Rations’, under the modified Home Grown School Feeding Programme, was not a sole initiative of the MHADMSD.

“The ministry, in obeying the presidential directive, went into consultations with state governments through the state Governor’s Forum, following which it was resolved that ‘take-home rations’, remained the most viable option for feeding children during the lockdown.

“So, it was a joint resolution of the ministry and the state governments to give out take-home rations.

“The stakeholders also resolved that we would start with the FCT, Lagos and Ogun states, as pilot cases,’’ the minister said.

According to her, each take-home ration was valued at N4,200. She said the figure was arrived at with proper consultation – totalling the initial cost to feed a child in schools before the lockdown and after.

“According to statistics from the NBS and CBN, a typical household in Nigeria has 5.6 to six members in its household, with three to four dependents.

“So, each household is assumed to have three children.

“Based on the original design of the Home Grown School Feeding programme, long before it was domiciled in the ministry, every child on the programme receives a meal a day.

“The meal costs N70 per child.

“When you take 20 school days per month, it means a child eats food worth N1,400 per month.

“Three children would then eat food worth N4,200 per month and that was how we arrived at the cost of the ‘take-home ration’.

“The agreement was that the federal government will provide the funding while the states will implement.

“To ensure transparency in the process, we partnered with the World Food Programme (WFP) as technical partners, tracking, monitoring and giving daily updates validating the programme.