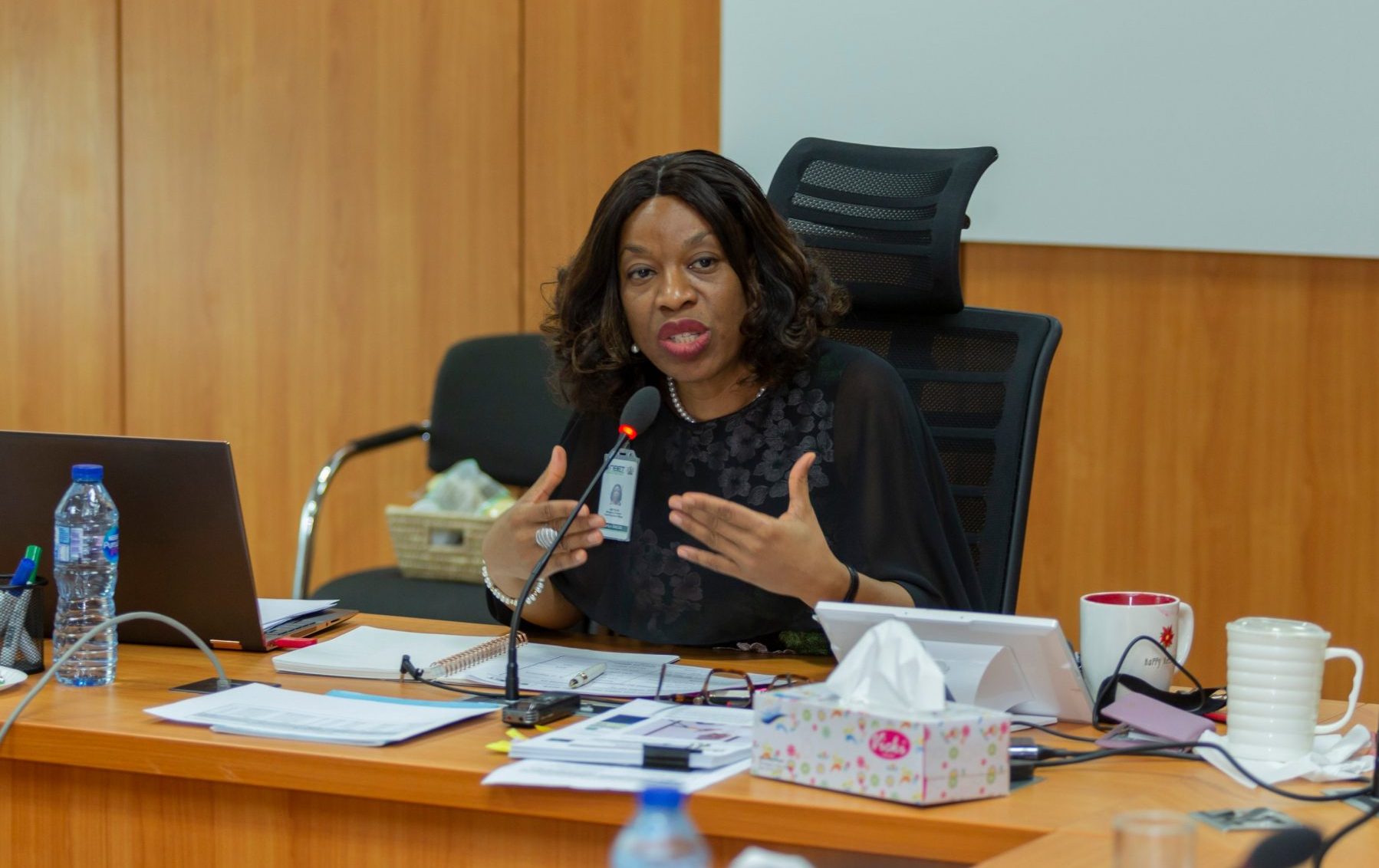 A civic group has urged President Muhammadu Buhari and the Code of Conduct Bureau (CCB) to probe allegations of misconduct against a former Managing Director of the Nigerian Bulk Electricity Trading (NBET), Marilyn Amobi.

PREMIUM TIMES had on June 10 exposed how Mrs Amobi continued to run a private firm, ESL Economics and Management Limited, registered in the United Kingdom while being a public officer in Nigeria in violation of the country’s code of conduct for public officials.

She also continued to run a foreign account in violation of Nigerian laws.

Perhaps because of the exposure, President Muhammdu Buhari ordered her dismissal days after.

The anti-corruption group, Human and Environmental Development Agenda (HEDA), called for her investigation for alleged misconduct.

HEDA In a statement on Sunday signed by its chairman, Olanrewaju Suraj, said it had sent a letter last month to the CCB with a copy sent to President Buhari calling for the probe of the allegations against Ms Amobi.

“It is important to investigate these allegations. Mrs Amobi cannot be running a private company and at the same time holding a sensitive public-driven position in Nigeria. That is against the constitution and runs against the Code of Conduct Bureau rules”, Mr Suraj said.

The group also asked Nigeria’s international partners in the UK to beam the searchlight on Mrs Amobi with the hope of assisting local investigative efforts.

“HEDA also attached documents indicating that Mrs Marilyn Amobi signed financial documents on behalf of the private company. HEDA pointed out by her act, the Code of Conduct for Public Officers has been breached.

“The above conveyed constitutes a flagrant abuse of office and the undue exercise of privilege and impunity by a public officer. It portrays total disrespect for democracy and Nigeria as a whole.

“We most humbly hold that the above allegations levelled against the Managing Director at the Nigerian Bulk Electricity Trading Company is a strong disdain for public accountability and established checks and balances under the laws,” Mr Suraj said.

Citing Section 1, 2 of the 1999 Nigerian constitution HEDA said “A public officer shall not put himself in a position where his interest conflicts with his duties and responsibilities

HEDA also noted that Section 18 of the Code of Conduct of Public Officers stipulates that an officer if found guilty of such infraction “should be disqualified from holding of any public office for a period not exceeding ten years; and seizure and forfeiture to the State of any property acquired in abuse or corruption of office.”

Nigeria’s constitution prescribes a code of conduct for public officers, including those in public companies, such as NBET.

The code stipulates that public officers shall not “engage or participate in the management or running of any private business except it is farming.”

NBET is a wholly-owned Nigerian government company incorporated in 2010 in line with the Electric Power Sector Act, 2005.

In the power industry, it is the “manager and administrator of the electricity pool.”

HEDA said “In the light of the information and the allegations by some Nigerians and report by the Premium Times Newspaper including that the Managing Director at the Nigerian Bulk Electricity Trading Company, allegedly served as a Managing director of the ESL Economics and Management Associates Limited, private Company Limited by Shares, incorporated in the United Kingdom, the conflict of interest is obvious.

“We believe strongly in due process and the rule of law which is why we have forwarded this petition to your office for urgent action. We humbly demand that an urgent and immediate investigation be initiated on the above report to uncover the true position of these allegations with the aim of shedding light and possible prosecution.”

Ms Amobi’s sack last month ended a controversial stint at NBET. She was variously accused of abuses, including misuse of funds and maladministration.

On December 24, Ms Amobi was suspended by the power minister, Mr Mamman, who claimed that the move was in continuation of the government’s effort to reorganise and sanitise the Federal Ministry of Power and its affiliate agencies.

Consequently, a five-member investigative committee was constituted to probe the myriad complaints levelled against Ms Amobi.

The suspension, last December, of Ms Amobi came after PREMIUM TIMES reported how she instigated the arrest and detention for several hours of nine top officials of the bulk trader by the State Security Services (SSS, also called DSS). The embattled MD had been accused of abuse and intimidation of employees in recent time, with concerns over workplace safety and teamwork among staff members.

But in January, Mr Buhari curiously overruled the minister, reinstating Ms Amobi despite indictments by anti-graft agencies, EFCC and ICPC.

Earlier in February 2019, PREMIUM TIMES reported how Ms Amobi controversially paid at least N2 billion to two power generating companies and made controversial payments to law firms and other consultants.

Documents obtained by Leaks NG – a coalition of Nigerian newsrooms and civil society groups – revealed that Ms Amobi was also involved in a series of alleged corrupt acts such as subversion of board approvals and infraction of procurement laws. She had denied all the allegations.