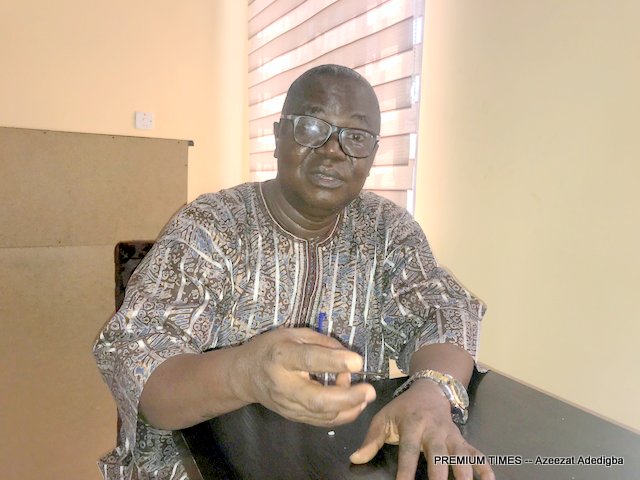 The Academic Staff Union of Universities (ASUU) has explained that Nigerian universities may not be reopened even if the federal government orders the resumption of all schools amidst the coronavirus pandemic.

The president of the union, Biodun Ogunyemi, in a telephone interview with PREMIUM TIMES, on Sunday, also clarified his position on the reports that the union urged the government not to reopen schools until 2021.

The government on March 19 ordered the closure of all tertiary, secondary and primary schools nationwide over the outbreak of the deadly virus in the country.

A few days after the government’s directive, ASUU commenced an indefinite strike, which is still on.

The union commenced the strike over the federal government’s decision to withhold the salaries of its members who defied the order of government to enrol in the Integrated Personnel and Payroll System (IPPIS).

While the federal government has now issued a guideline for resumption dates for final year students in primary and secondary schools, nothing has been said about tertiary institutions.

Mr Ogunyemi while speaking with our correspondent said, “First, we did not say schools should not be reopened until 2021. We only advised that schools be reopened anytime it is considered safe for our children.”

“They have brought out guidelines and conditions for school resumption, they must now supervise and ensure that those conditions are met. Beyond formulating a policy, they must see to its implementation. So, we are saying it is not just a matter of putting things on papers but implementation from primary schools to tertiary institutions”.

Speaking further, Mr Ogunyemi said even if the government eventually reopens schools, it has nothing to do with universities battling with a series of crisis.

“Talking of universities, it should be noted that the crises are beyond COVID-19. There are fundamental crises that will make universities reopening longer and impossible for now. We had long told government our position and until they meet necessary conditions, universities are not resuming even after COVID”.

“There are outstanding issues and government is not ready to fix our universities and provide enabling learning environment. For instance, we are talking about revitalisation… if our institutions are well equipped, there is no reason why coronavirus should stop academic activities.

“You cannot talk about social distancing in universities without talking about additional lecture rooms. So, we have two crises delaying resumption. The health crises and the refusal of government to make our universities standard,” he said.

Mr Ogunyemi urged the government to pay as much attention to education as it is paying to health.

“Government should not pay attention to health sector and neglect education sector. If the could raise taskforce to look into COVID-19, they should do so to address the challenges of education sector which include revitalisation funds for universities so that our institutions can be up to standard.”

In the same view, the National Association of Nigerian Students (NANS) and some other students who spoke with PREMIUM TIMES have expressed their displeasure over the long closure of Nigerian institutions.

In a statement by its Zone D coordinator, Kowe Amos, NANS said the refusal of authorities to take proactive steps shows a “lack of political will linked to years of unseriousness and recklessness on the part of our political office holders.”

“However, it must be made known that at the receiving end of this indecisiveness are students that are left idle at home with nothing worthwhile being done to ensure that students resume to classes.”

Should the federal government eventually ask schools to resume, university administrators will comply, but Mr Ogunyemi’s explanation indicates the lecturers will not be resuming classes until ASUU’s concerns are addressed.