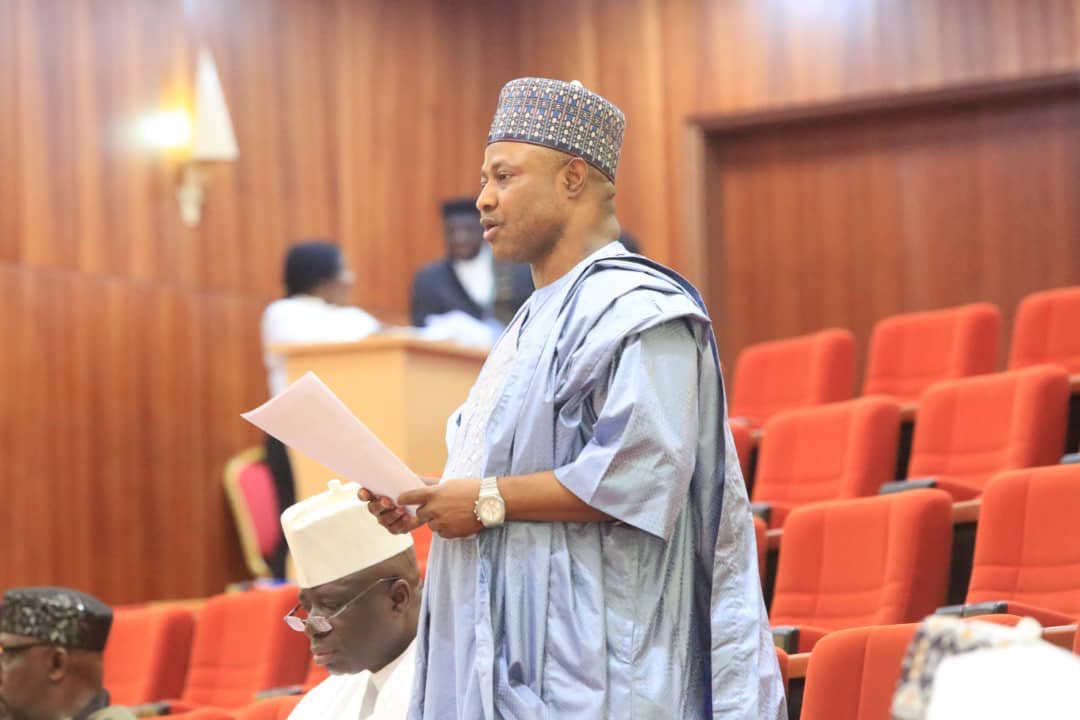 Officials of the Federal Ministry of Labour and Employment, again, had a misunderstanding with lawmakers. This time, it was with members of the Senate Committee on Banking, Insurance, and other Financial Institutions, at a public hearing on Wednesday.

The hearing is on two bills: Banks and other Financial Institutions Act Cap B3 LFN 2004 (Repeal and Reenactment) Bill 2020 and Electronic Transaction Bill, 2020.

The first bill seeks to update the laws governing banks, financial institutions and financial services companies as well as to enhance efficiency in the process of obtaining/granting banking licences.

It also seeks to clarify and accurately delineate the regulatory functions of the Central Bank of Nigeria in the financial services industry and updating and incorporating the laws for enacting, licensing and regulation of micro-finance banks in the country.

The other bill legalises electronic transactions and criminalises online fraud.

Delegates from the ministry were present to make inputs to the legislation.

However, when called upon, the Director of Productivity and Labour Standards at the labour ministry, Eyewumi Neburagho, who represented the minister, demanded that both the hearing and the bill be suspended pending when the Senate committee would formally invite the ministry and send a copy of the draft bill to it.

Apparently, the labour ministry was not among the stakeholders invited to the hearing.

Mr Neburagho wondered why the ministry was not carried along, being a major stakeholder. He emphasised the need for the ministry to know how it will affect the interest of workers.

“Although the ministry has never seen the bill and was not invited to this public hearing, we felt constrained to make an intervention in view of the information that section 45 of the bill is intended to make legislation to cover matters relating to labour administration and industrial relations, which matters are within the purvey of the Federal Ministry of Labour.”

He further stated that Nigeria has ratified the ILO convention no 144 on tripartite consultation, traditional labour standard. The ratification implies that in undertaking a process of enactment of any global policy or legislation, the Nigerian social partners, comprising governments and employers of workers organisations must consult and dialogue among themselves with a view to reaching consensus on the proposed law or policy in question.

“We in the Ministry of Labour and Employment have not been availed or presented with a copy of the said bill on which this public hearing is called.

“Rather, in view of the interventions of the Nigerian Labour Congress on part of the bill as it affects the issue of labour legislation, we will like to state that this public hearing be stepped down until the bill is circulated to all social partners to ascertain if the bill meets international labour standards and best practices and our aspirations to enhance decent working, promote fair labour practices and ensure industrial harmony in the economy.

“…the ministry of labour and employment wish to propose that the bill and the public hearing be stepped down until the labour issues in the bill are sorted out in the appropriate tripartite consultative forum. On the other hand, the sponsors of the bill may wish to expunge the labour aspect of the bill and go ahead with the areas on digital financial transactions,” he said.

His demand was not well-accepted by the panel members who insisted that the legislative process on the bill would continue.

The Chairman of the panel, Uba Sani, also warned the ministry against dictating to the National Assembly how to carry out its business.

“We are federal lawmakers elected to make laws for the good of the country and we would not sit here and watch an appointee of an executive arm of government dictating to us on how to conduct our procedure.”

There was no resolution as to whether the panel will send a copy of the legislation to the ministry as other stakeholders were called upon to make their contributions to the bill.

The sour relationship between the legislators and the ministry has lingered for weeks now following controversies surrounding the Special Public Works programme aimed at employing 774,000 Nigerians.

COVID-19: Doctors down tools at isolation centre in Nigeria