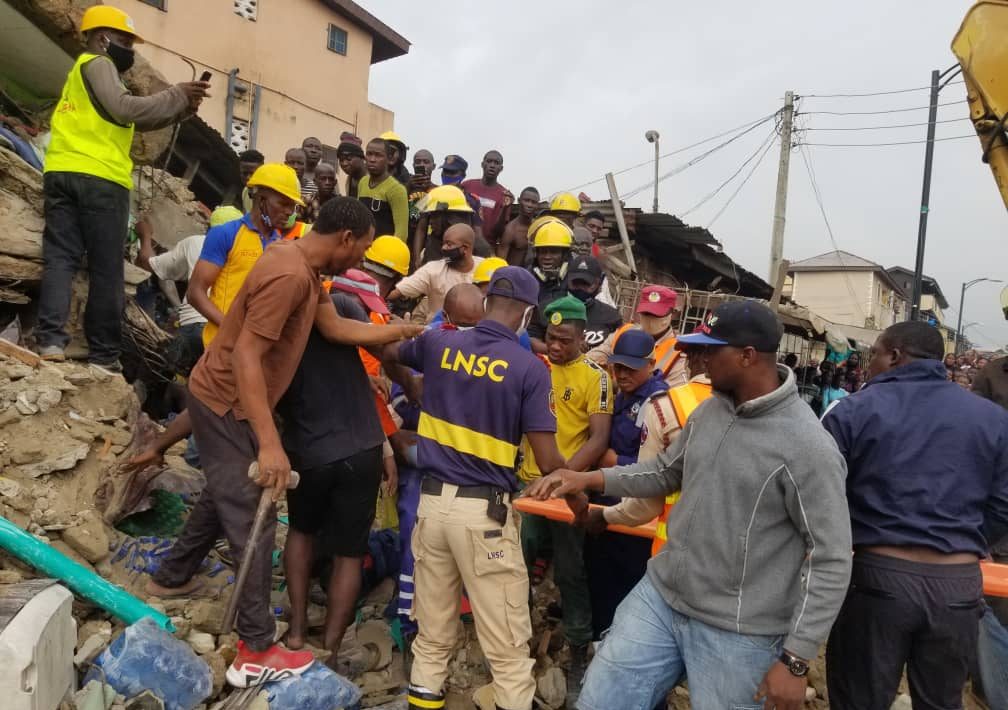 Officials of NEMA at the site of the collapsed building

Two persons, a male child and an adult, have died in a building collapse Island on Saturday, while eight people were rescued, the National Emergency Management Agency (NEMA) has said.

The building which collapsed around 3 a.m. left occupants injured while two bodies were recovered.

Ibrahim Farinloye, the acting coordinator of NEMA, said the collapsed structure was a three storey building located at No. 20 Freeman street, Lagos Island.

Mr Farinloye said the collapsed building housed about 10 people, part of which was a family that newly moved into the apartment.

“The affected families just newly moved into the building as the previous occupants had moved out with the excuses that renovation would be carried out. But it was alleged that the developer brought in these affected population while renovation works are still ongoing,” he said.

Eight persons were rescued while a child and an adult died in the collapsed building.

“The situation report indicates that one child died amongst the first six persons rescued earlier in the morning.