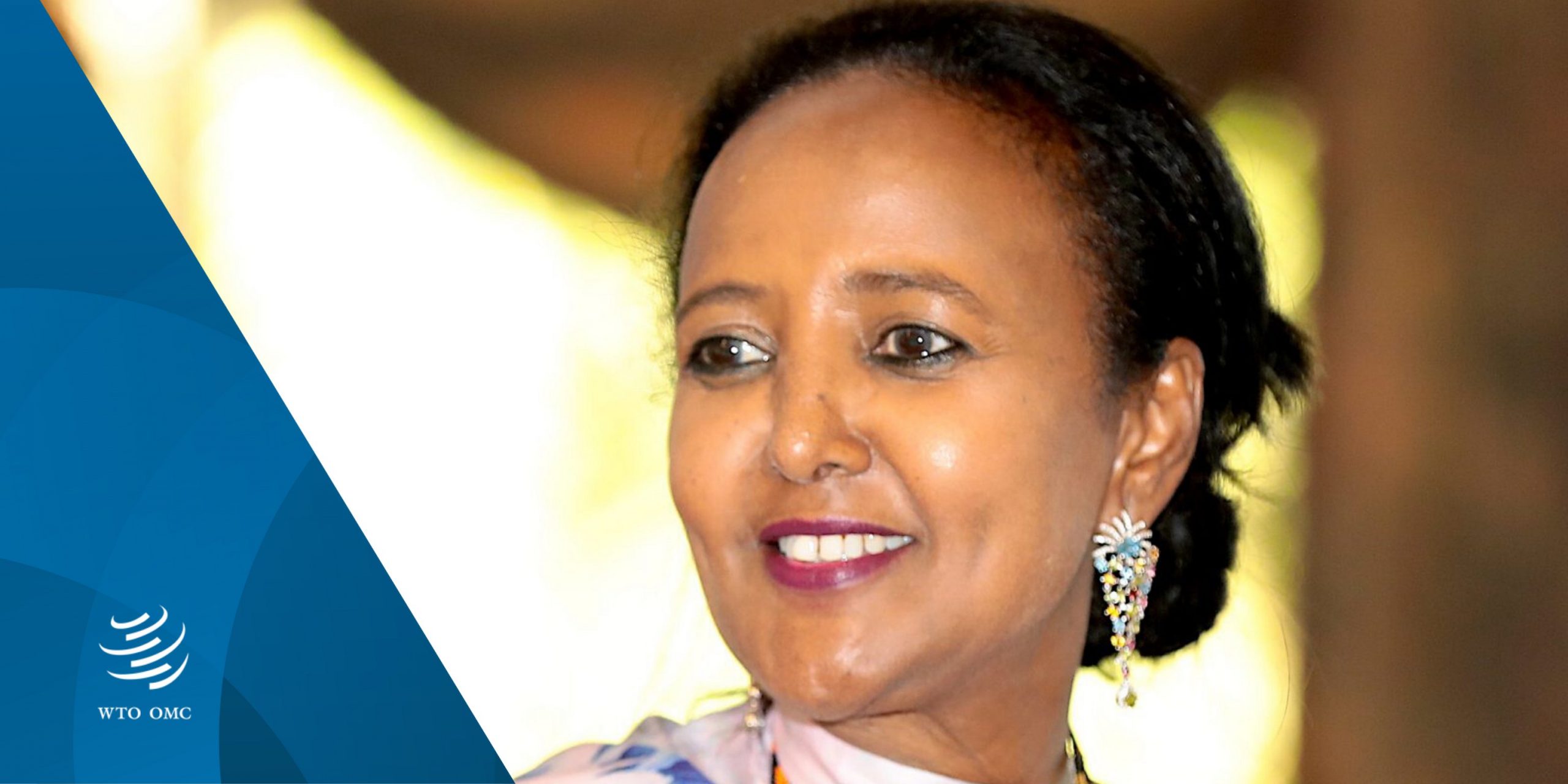 Amina C. Mohamed, Kenya’s Cabinet Secretary for Sports, Heritage and Culture, nominated by #Kenya as a candidate for the post of WTO Director-General. [PHOTO CREDIT: Official Twitter handle of WTO]

Kenyan minister to challenge Okonjo-Iweala, others for WTO DG

Kenya has presented its Cabinet Secretary for Sports, Heritage and Culture, Amina Mohamed, as a candidate for the post of World Trade Organization (WTO) Director-General.

Ms Mohamed announced her candidature in a statement on her campaign Twitter handle on Tuesday.

“I am delighted to announce my candidature for @WTO Director General. I believe that I have the skills required to lead the WTO at this critical juncture and bring WTO Members together. I look forward to engaging with all Members over the coming weeks and months,” she said in the statement.

The WTO in response also acknowledged the entry of Ms Mohamed in the race.

According to the timetable announced by the Chair of the General Council of the WTO, David Walker, the nomination period will close today, July 8.

Ms Mohamed would be squaring up against Nigeria’s Ngozi Okonjo-Iweala, Mexican Jesús Seade Kuri, Tudor Ulianovschi of Moldova, Yoo Myung-hee of Republic of Korea, and Abdel-Hamid Mamdouh of Egypt.

According to the statement, “Kenya, on 7 July 2020, nominated Ms Amina C. Mohamed for the post of WTO Director-General to succeed the current Director-General, Mr Roberto Azevêdo, who has announced he will step down on 31 August 2020.”

“Shortly after the nomination period has closed, candidates will be invited to meet with members at a special General Council meeting, present their views and take questions from the membership,” the WTO said.

Amina Mohamed is a Kenyan lawyer, diplomat and politician. She is currently serving as the Cabinet Secretary for Sports, Heritage and Culture in Kenya.

She previously served as chairwoman of the International Organization for Migration and the World Trade Organization’s General Council, as well as Assistant Secretary-General and Deputy Executive Director of the United Nations Environment Programme.

She served as the Cabinet Secretary for Foreign Affairs of Kenya from May 2013 to February 2018, when President Uhuru Kenyatta, after re-election, moved her to the Education docket.

In March 2019, she was moved to the Sports Ministry replacing Rashid Echesa.