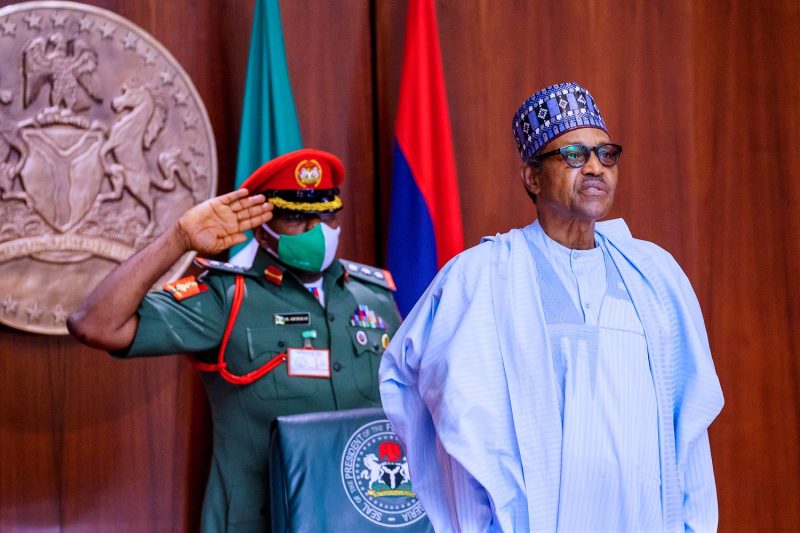 This is contained in a letter to the Senate seeking confirmation of the new nominees.

The letter was read out by the Senate President, Ahmad Lawan, at the start of plenary on Wednesday.

“In accordance to Section 171(1)(2)(c) and subsection (4) of the 1999 Constitution as amended, I have the honour to forward for confirmation by the Senate, the appointment of Mr. John J. Usanga and Air Commodore Peter Anda Bakiya Gana (rtd) from Akwa-Ibom and Niger State respectively, as non-career Ambassadors-designate.

Shortly after the letter was read, FCT senator, Philip Aduda, raised a point of order to complain about the non-inclusion of a non-career ambassador from the FCT.

He said the only FCT indigene currently serving as a non-career Ambassador in Sierra Leone, Hafiz Obada, was not re-appointed.

“For the ambassadorial nomination for the non-career, nothing has been said about the one for FCT. It has been silent and we have an Ambassador who is already sitting in Sierra Leone, his name is Ambassador Hafiz Obada. We don’t know what becomes of his fate because other states have been told to remain in their stations or they have been re-appointed.

“My issue is that is it at this time FCT will now lose an Ambassador. It is worrisome to me and the people of the FCT. Sitting here, names have been called for all other states except FCT and we have one.

“Now that particular non-career Ambassadorial slot for the FCT is being taken away from us and is being killed, otherwise we are also entitled to have, and that is what I have consistently said since this list came out,” he said.

He added that the indigenes of FCT miss out on many federal appointments like the ministerial nomination.

“…we don’t get so many of these things, but the small ones that we have is about to be taken away which should not be so.”

In his response, Mr Lawan, noted that it is constitutional for an indigene of the FCT to be appointed as a non-career ambassador by the president.

“I sympathize with the FCT but I know there were twelve non-career Ambassadors who were retained. I don’t know if you have an FCT indigene among those twelve, probably you should check that to see if you would see any FCT indigene, but your complaint is very valid.

“What I’m going to advice is maybe we need to take more political action, so that it doesn’t always come like it is an after-thought. The FCT is to be treated like a state, that’s what the Constitution states, so you deserve one like any other state deserves,” Mr Lawan said.

What I know about my father’s relationship with Shehu Sani, witness tells court