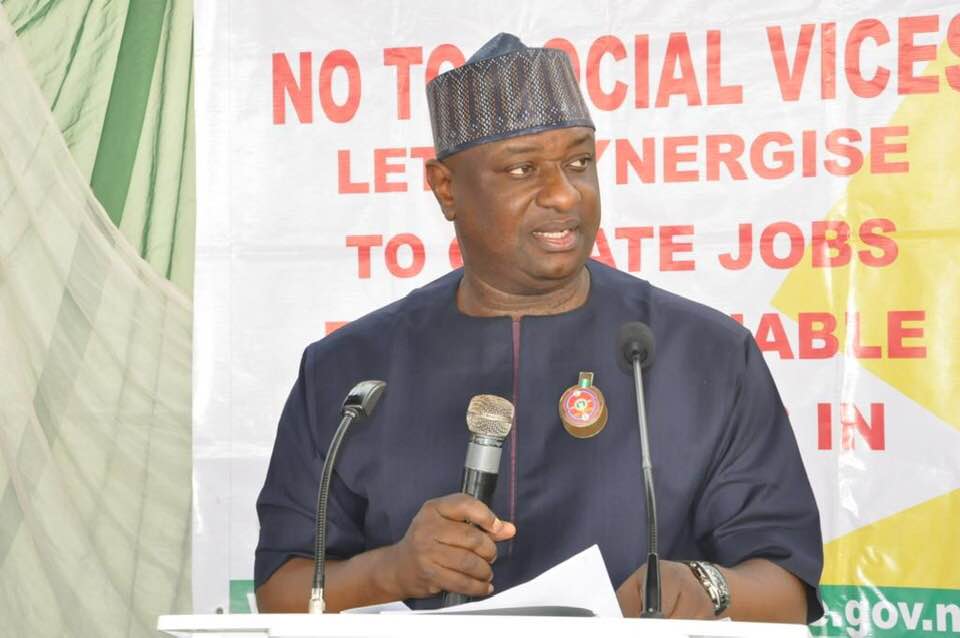 The Minister of State for Labour and Employment, Festus Keyamo, has described the controversy surrounding the planned employment of 774,000 Nigerians as an attempt by the National Assembly to bypass him in the implementation of the project.

He said this shortly after the Minister of Labour and Employment, Chris Ngige, apologised to the National Assembly joint committee on Labour following a clash between lawmakers and Mr Keyamo over the planned recruitment.

Fifty-two billion naira has been allocated for the Special Public Works Programme in the 2020 budget. It is aimed at employing 774,000 citizens, a thousand from each of the 774 local government areas in the country.

Mr Keyamo accused the lawmakers of wanting to sabotage the recruitment process despite receiving 15 per cent jobs slots.

The National Directorate of Employment (NDE), according to the lawmakers, is meant to implement the recruitment under a special works programme.

They had accused Mr Keyamo of hijacking the programme from the NDE. The minister hit back, saying they were the ones trying to take over the project.

The committee later demanded that the programme be suspended until the modalities for the exercise have been explained to the lawmakers.

It also mandated its Committees on Labour and Employment to invite Mr Ngige and other relevant officials of the ministry to brief the joint committee on the modalities for the implementation of the programme.

Mr Ngige appeared before members of the committee and the Senate President, Ahmed Lawan, at the National Assembly on Tuesday and tendered an apology.

However, addressing journalists after the meeting, Mr Keyamo said the programme cannot be implemented without his approval according to the NDE Act.

“First of all, may I say that this distinguished National Assembly, I believe that they are the lawmakers and they desire to comply strictly with the provisions of the law. Now it is important that all of you read the National Directorate of Employment Act. You can see that the whole struggle today has been how to bypass me in the execution of this programme and I’m sure that you all saw that,” he said.

“When you say go back and bring a plan, you are still coming back to me. Secondly, if you look at section 15 of the NDE Act, it said the minister may give directives of a general nature to the NDE. In other words, you cannot have a work plan without coming back to the minister.”

He said by virtue of his appointment as minister, the president gave a directive in October last year asking him to go and supervise generally the activity of the NDE.

“I don’t see how you will supervise an agency and they go ahead without approval, the bulk must stop at a table.

“Beyond the general mandate the president gave, the president also specifically instructed me by memo in May this year for me to go and supervise the execution of this project. How can you supervise a project without your final approval. That approval lies on my table,” he said.

Both ministers and other delegates are expected to appear before the committee on Monday to show their work plan as well as discuss ways forward.