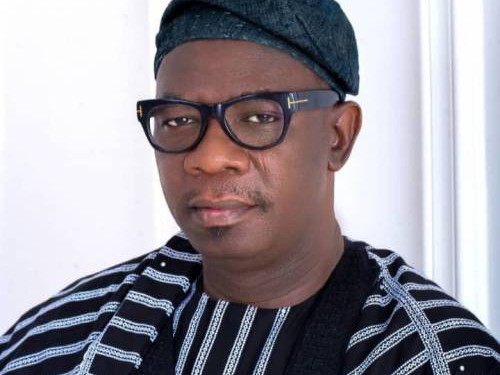 Member of the Ondo State House of Assembly have listed seven reasons why they are moving for the impeachment of the deputy governor, Agboola Ajayi.

PREMIUM TIMES reported that the assembly was in a rowdy session with armed police officers and officials of the Nigeria Security and Civil Defence Corps present at the complex in Akure.

The allegations levied against Mr Agboola are

2. Abuse of office with actions likely to bring down Ondo State government.

4. Abandonment of office, official duties and other assignments

5. Actions on Sunday June 21, 2020 likely to cause breach of peace in reference to 1983 political crisis with the intent to incite the citizens against government of Ondo State in a video clip at government house ground before the commissioner of police.

6. Publication dated Tuesday, 23rd of June, 2020 by his sacked aide, Babatope Okeowo maligning the credibility of the legislative arm of government with false allegations of cash inducement.

7. Petition from the All Progressives Congress, (APC) Ondo Chapter on his alleged movement to People’s Democratic Party (PDP) having sworn in as deputy governor on party’s ticket with Mr governor for a four years term.

However, nine other members of the Assembly have dissociated themselves from the impeachment.

The members in a joint letter to the speaker, on Tuesday said they do not support the impeachment process and would not want to be associated with it.

According to the letter the members said “we the underlisted elected Honourable members of the 9th session of the Ondo State House of Assembly hereby append our signatures to clarify that we have resolved not to partake in the impeachment process of the Ondo State, Deputy-Governor, H. E. Alfred Agboola Ajayi.”

“In view of the above, we hereby bring it he notice of Mr Speaker, Rt. Hon. Bamidele David Oleyelogun, the entire Honourable members of the Ondo State House of Assembly and the general public that we do not support the impeachment process and would not want to be associated with it based on personal conviction”.

This newspaper on Monday reported that the deputy governor had sued the House of Assembly over the planned impeachment.

He said the decision is to halt plans by the assembly to begin his impeachment for leaving the ruling All Progressives Congress (APC) for the opposition Peoples Democratic Party (PDP).

He plans to run for primary in the upcoming election in the opposition party.