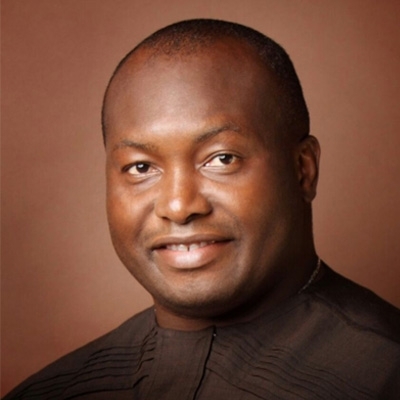 An Anambra senator, Ifeanyi Ubah, has described the outburst of the Minister of State for Labour and Employment, Festus Keyamo, at the National Assembly, on Tuesday, as a display of rascality.

He said he was surprised at the minister’s statement that the lawmakers want to hijack the recruitment process.

He made this statement during a press briefing at the National Assembly, on Wednesday, where he said the duty of the legislature is to check and have an oversight of the executive.

PREMIUM TIMES earlier reported the clash between Mr Keyamo and the lawmakers at a meeting he had with the Joint Committee of the National Assembly on Employment and Labour.

The meeting was aimed at discussing the progress of the planned employment of 774,000 Nigerians by the federal government.

The National Assembly had in the 2020 budget appropriated N52 billion for the Special Public Works Programme aimed at employing 774,000 citizens, a thousand from each of the 774 local government areas in the country.

My Keyamo had accused the lawmakers of wanting to sabotage the recruitment process despite receiving 15 per cent jobs slots.

Addressing journalists, Mr Ubah said it is only logical for the lawmakers to request how the distribution of employment is being handled.

“As a representative of my constituents, it is something worthwhile for us to request how the distribution of employment to Nigerians is handled by an appointee of the executive who is not even the substantive minister.

“I felt it was a very bad display of rascality. I don’t know what a senator will be doing with a job of N20,000 and N30,000, if not to make sure that it is given to people in the constituency. If those jobs are given to us it will be shared equally or a percentage of it should be given to senators, we will take it back to the people we are representing.

“But giving it to people who will go and mortgage it and sell it or hand it to an agency that will market it is totally unacceptable to the Nigerian Senate. I felt so bad that I was not there yesterday and I’m speaking as a senator representing Anambra south. Such rascality should be highly condemned by Nigerians,” he said.

Federal lawmakers have, over time, been accused of taking job slots from several agencies like the Federal Inland Revenue Service, National Drug Law Enforcement Agency and National Open University – to share or sell to their constituents.

In 2019, some lawmakers had threatened to cause trouble over the sharing formula of the employment slots given to them by a federal agency.

The slots were allegedly shared among the 10-member body of principal officers.

Although the former Senate spokesperson, Adedayo Adeyeye, feigned ignorance about the allegations, the Senate Committee on Federal Character, started an investigation into the matter which is still ongoing.

Only recently, the Senate President, Ahmad Lawan, denied reports that about 500 slots were allocated to federal lawmakers and politicians across the country by the Ministry of Humanitarian Affairs and Disaster Management.