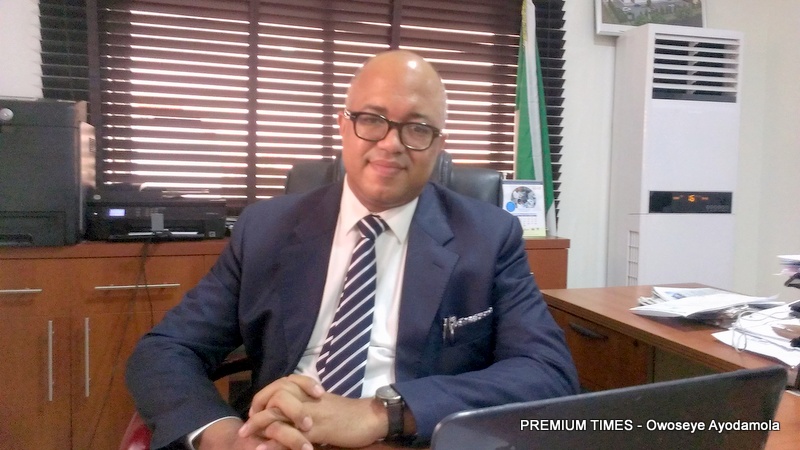 An analysis of coronavirus data of seven selected sub-Saharan African countries – Nigeria, Ethiopia, Ghana, Kenya, South Africa, Senegal, and Uganda – revealed that Nigeria is an outlier with infection rates up to 35 times more than Uganda, for instance, and a recovery rate that ranks among the lowest in the region.

Though the seven countries under review recorded and put in place some of form of lockdown within less than two weeks of one another to temper the spread of the disease, the data which were sourced from Africa CDC, national CDCs as well as the ministries of Health websites of the countries under survey, revealed that Nigeria is a stark outlier from the other countries.

Chikwe Ihekweazu, the head of Nigeria’s Centre for Disease Control (NCDC), admitted in an email to PREMIUM TIMES that the country encountered challenges with testing at the onset of the pandemic, but has now scaled up its testing capacity in recent months.

“Our supply chain is better than it was at the beginning of the outbreak, and the lack of reagents or supplies has not affected testing in any part of the country in the last three months,” he said.

He then suggested that the country was lagging in testing because state governments were not collecting enough samples and individuals were not coming forward to be tested.

“The success of this target depends largely on states and individuals. We urge states to collect more samples and individuals to report to the appropriate authorities if they have COVID-19 symptoms. Several states have worked with partners to establish sample collection sites and other approaches for sample collection. This is an excellent step and we urge all states to own these targets – we can only know the true burden of COVID-19 if we test more samples,” he said.

But Oyewale Tomoro, a former vice-chancellor of Redeemer University and a renown professor of a virologist, said Nigeria is not testing as many people as other sub-Saharan African countries because the number of testing laboratories in the country is inadequate for the country’s population.

“We have some 38 laboratories accredited to run Covid-19 tests. Between June 1 and 28, the 38 labs ran a little under 65,000 tests, an average of 2,330 tests per day. On the other hand, South Africa currently has the capacity to conduct 5,000 COVID-19 tests daily. Recently, the country has added a number of mobile testing units, combined with 180 testing sites and 320 testing units across the country. This will now increase by six-fold to 30,000 tests the number of daily tests. South Africa runs 26.4 tests per 1,000 of her population, we run less that one test (0.64) per 1, 000 of our population. We started too slowly building up our laboratory capacity,” he told PREMIUM TIMES.

Mr Tomoro said that instead of building more laboratories, the country’s health authorities should have adopted the more rapid, cheaper, and equally accurate GeneXpert test rather than the conventional PCR tests.

Mr Ihekweazu said as a means of ramping up its test number, the country has recently adopted the rapid GeneXpert test alongside PCR tests.

Henry Ewunonu, a public health physician at the National Hospital, Abuja, said the country’s testing policy was faulty from the beginning.

“The reason is that Nigeria adopted what NCDC calls “smart testing” at the beginning of the response. This, according to them is to ration the scarce and expensive PCR test kits to only appropriate persons who manifest symptoms of COVID-19,” he said.

While Nigeria has conducted fewer tests than all of the countries surveyed apart from Senegal, it has the highest coronavirus infection rate as a percentage of the number of tests conducted.

The data shows that with 16,658 sample tests confirmed positive, the rate of positive results in relation to the number of tests conducted in Nigeria is 17.27 per cent. This is by far the highest in sub-Saharan African.

South Africa is generally considered the epicentre of the virus in Africa because it has 73,533 confirmed positive. However, Nigeria’s rate of infection as a percentage of test conducted is almost three times that of South Africa whose rate of infection is merely 6.55 per cent. Similarly, Ethiopia rate of confirmed cases in relation to the number of test samples is 1.88 per cent; Ghana, 4.70 per cent; Kenya, 3.14 per cent; Senegal, 8.02 per cent and Uganda, which has only 705 confirmed cases, 0.50 per cent.

Mr Ewunonu said we waited too long before taking decisive actions that would have slowed the spread of the virus.

“Despite the loud outcry and advocacies, we closed our international borders very late. It had to take the Director of Port Health Services of the FMOH (Federal Ministry of Health) to raise an alarm against VIPs who were refusing to subject themselves to mandatory temperature checks at the international airports upon arrival into the country and filling out the correct information for contact tracing purposes.”

Nigeria waited five weeks after recording its index case before banning all non-essential international flight into the country. A week later, President Muhammadu Buhari announced a lockdown in three of the most affected states – Lagos, Abuja and Ogun states – for two weeks, which was broadened and extended for another three weeks. Other states governments in the country also put in place some forms of restrictions within the period.

Ethiopia recorded its first case on March 13, and three days later, the country’s prime minister announced the closure of schools, sporting events and public gathering for 15 days to slow down the spread of the virus.

South African first coronavirus case was announced on March 5 and 18 days later the authorities in the country put in place a nationwide lockdown. Authorities in Senegal announced a lockdown on March 23, though it recorded its index case on March 2.

Uganda was the only country among the seven countries under the survey that lockdown parts of its territory before it recorded its first case of the virus. The country announced a 32-day restriction on public gathering on March 18 but announced its index case four days later.

While Mr Ewunonu said it was possible that poor handling of test samples are the reason for the high rate of positive tests, Mr Tomori said the accuracy of the tests conducted in Nigeria is not in question but with the “timing of sample collection relative to the stage of the disease, which may be too early or too late and also, the delay in providing results due to shortage of test kits and reagents.”

Nigeria also did not fare better in COVID-19 related deaths as a percentage of those who tested positive to the virus. Apart from Kenya with a 2.79 per cent death rate, Nigeria recorded a higher death rate (2.54 per cent) than the other African countries surveyed.

Mr Tomori blamed the high death and recovery rate in the country to factors like failure to report cases on time for medical attention, self-medication and stigmatisation.

Mr Ewunonu said the death rate from coronavirus in Nigeria is alarming.

He blamed the relatively higher death rate and lower recovery rates in the country to delay in responding to the threat of the pandemic, a preponderance of underlying health conditions and poor healthcare facilities in the country.

“Most importantly, it speaks to the state of readiness at the beginning of the pandemic in terms of availability of facilities and resources, including trained manpower. It may interest you that Nigeria may just be a giant of Africa in terms of population but not in management of critical resources for human survival. At the beginning of this pandemic, the nation had only two standard isolation centres in Lagos. With the hurried frenzy of activities, there exists purpose-built or make-shift isolation/treatment centres in every state and the FCT. I will not be very proud of such feat,” he said.

Mr Ihekweazu, said the data on death and recovery rate do not comprehensively capture the reality on the ground, which he said is not as bleak as the data show.

“Nigeria’s observed CFR of 2.8% is on the lower end of this range and this has varied across our states as well. The majority of deaths that have occurred are in adults aged 61-70 years, which is similar to the experience in other countries. Despite being the epicentre of the outbreak in Nigeria, Lagos State has a CFR of 1.3% which is much lower than several other states. Lagos State has invested substantially in case management of COVID-19 patients.

“In other states, some of the reasons that have been associated with high death rate vary from patients’ late presentation for care to an increase in COVID-19 infection among people with underlying illness. Given that this is a new virus and therefore no specific treatment for the disease, we rely on the management of symptoms and the ability of a patient’s immune system to fight the virus,” he said.