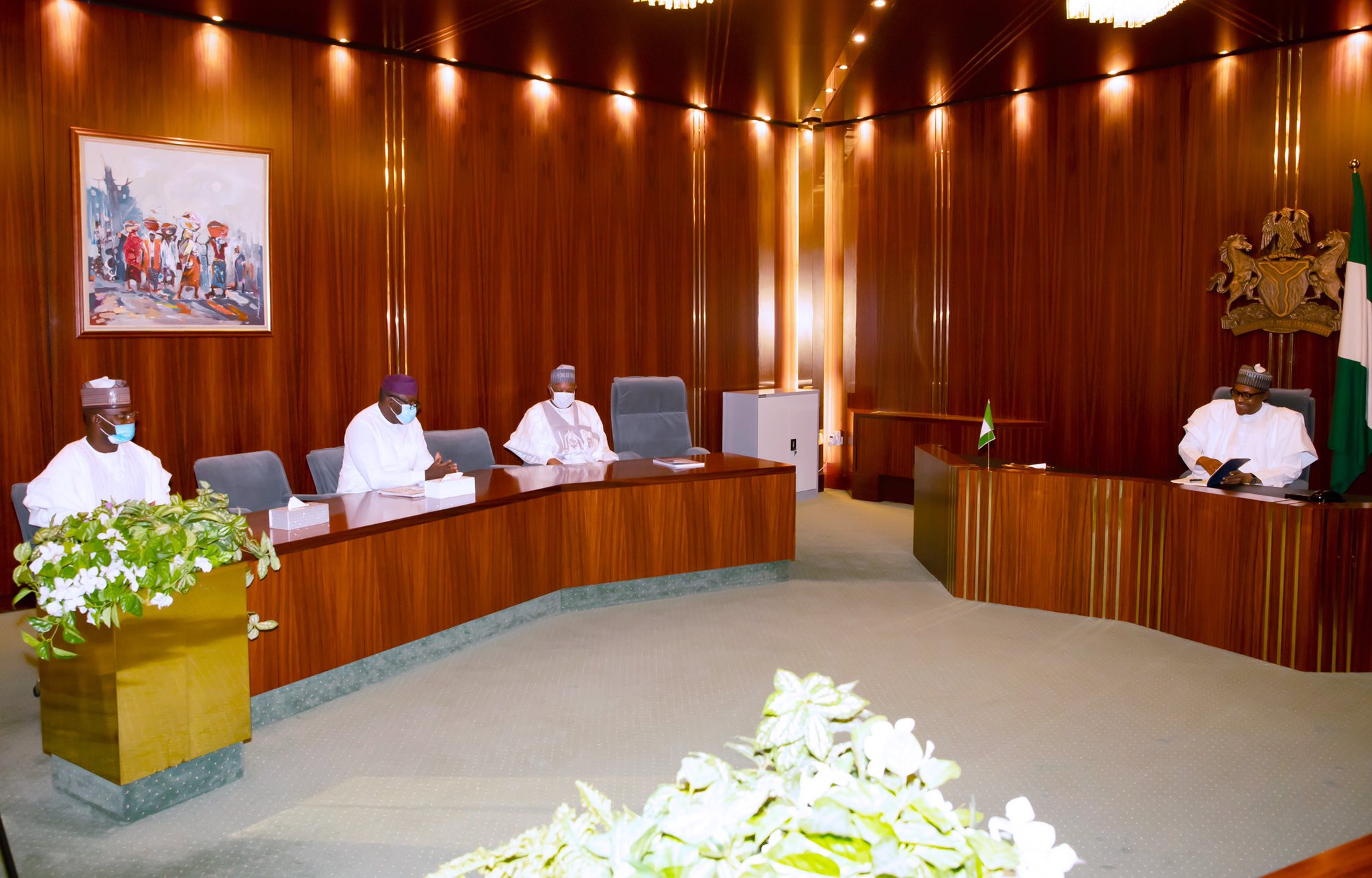 President Muhammadu Buhari on Friday met a delegation led by the newly appointed caretaker chairman of the All Progressives Congress, Mala Buni.

Mr Buni, also Yobe State governor and a former national secretary of the APC, was on Thursday appointed the acting chairman of the ruling APC after the dissolution of its National Working Committee (NWC) of the party.

Kebbi State Governor, Abubakar Bagudu, who addressed State House correspondents on behalf of the delegation, said the meeting was convened to introduce the interim chairman to the president.

Mr Bagudu said the president was enthusiastic that the party has “one less distraction” because he is “conscious of the mandate given to him by Nigerians.”

PREMIUM TIMES has learnt that President Buhari is making moves to break the ranks of the sacked members who have rejected his action.

Asked about the aggrieved members’ warning that they may go to court, Mr Bagudu brushed the threat aside, saying due process was followed in naming a new chairman.

“Mr President is very clear that he received due legal advice and remember, before the 2019 primaries. Mr President demonstrated to everyone in this country that he will never sacrifice due process for expediency,” Mr Bagudu told reporters.

“Even when it was convenient to extend tenure of the then executive so that we don’t have a convention and primary at the same time. Mr President said no, no matter how tough it is, we are going to do the correct legal thing.

“So Mr President will never do anything which the constitutional provisions of party, talk less of the country, does not allow him to do,” he said.

Also part of the delegation were the chairman of the Nigerian Governors’ Forum, representative of the north-central of the APC caretaker and extraordinary national convention committee, Abubakar Bello, the Kogi State governor, Yahaya Bello.

The APC was thrown into a fresh leadership crisis when the Court of Appeal a few days ago upheld the suspension of Adams Oshiomhole as the party’s national chairman.

The crisis in the APC is mainly about who controls the party structure ahead of the 2023 presidential election.

The new caretaker committee has the mandate to conduct a national convention to elect new leadership for the APC within six months.