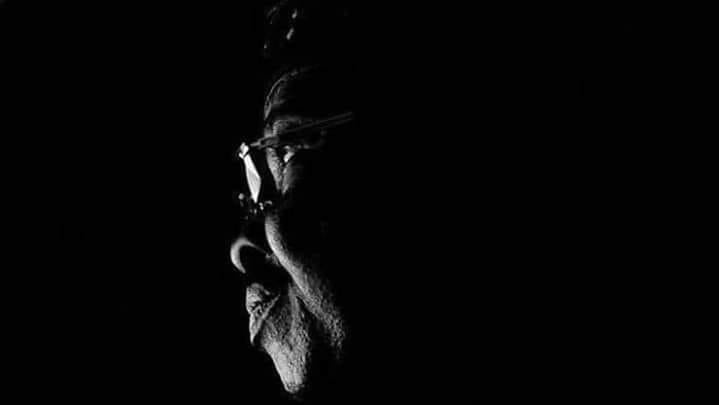 Bolaji Tunji, the special adviser on communication and strategy to the late ex-Governor Abiola Ajimobi has penned a tribute for his late boss revealing how the politician made a journey of no-return from Ibadan, the Oyo State capital, to Abuja, Nigeria’s federal capital.

He said it was during that fateful trip that Mr Ajimobi took ill and did not recover.

Mr Ajimobi, the immediate past governor of Oyo State, died in Lagos on Thursday from complications arising from COVID-19.

He was until his death the deputy national chairman (South) of the ruling All Progressives Congress.

Below is Mr Tunji’s tribute in full which he published on his Facebook Page on Friday morning.

It was just like yesterday. He (Abiola Ajimobi) had received a call to come to Abuja. It was to discuss party matters. He was not sure of who would follow him. Because it was a private flight, he had limited options. He only went with his security aide.

He had told us earlier in our office in his Oluyole home that we would talk about the movement to Abuja since he had become the Deputy National Chairman. Our office had to shift to Abuja. He was in his usual caftan and cap, always impeccably dressed even at home except when he does his exercise every morning in his blue track down and blue stripe Tee-shirt and branded cap. With his earpiece and phone in hand, he would walk around the building several times to exercise.

“We will leave by 2.00 pm,” he said that fateful day. A special private flight had been arranged for him.

He radiated good health and we still marvelled that he still looked so good for his 70 years. Being 70 meant a lot to him and would jokingly call himself Baba 70. As he left our wing of the house to the other side, a few of us in our usual manner trailed him. He spoke with a few people in the courtyard before he left to prepare for that trip. I never knew it was going to be the last time I would see him.

But in his usual organised manner, there was no pending issue. He had taken care of everything. He had signed all the letters of appointment for the peace and reconciliation committee.

I still can’t wrap my head around what happened. He was so healthy, he was neat, he took all the necessary precautions even while he sat with us in our open office he was always with his face mask, we always observe social distancing. We were always quick to give him hands sanitizer anytime he touched something. We were conscious of his age and did all we could to ensure safety. We had three spots where you had to wash hands before entering the premises. One at each of the main entrance gates and another by the entrance to our office. We observed all due protocols. So what happened? How did it happen? None of us was sick. So where did this come from? I am still trying to find answers.

He never wanted anything else after the general election. He only wanted to take a long, due rest after serving for 8 years without break. But another position was thrust on him. He never solicited for us and he did not want. But they convinced him to accept. I know because in his usual forthrightness, he narrated how it happened. He took the positions because he felt it would benefit his people. ‘ I have done my bit. There is nothing I set out to achieve that I did not, I cannot be governor again, but I can not leave you people, ‘ he would say.

But what went wrong? I am at a loss. I was so sure he would get up the sickbed. I was so sure because there were unfinished businesses. There were so many tasks that he had planned ahead to better the lot of the people. So I was convinced he would come to complete those tasks, those plans. I never knew it would end this way.

A legend is born with the death of a hero. You will forever remain in my heart, in our heart. I have learnt so much from you. You were a willing teacher. You would deliberately sit with us and tell us about life experiences. The idea was to learn from you. And we learnt. You would have been surprised if we had not learnt. As you were quick to point out, you never had an academic PhD, but you had a PhD in experiences and what life had to teach.

This is cathartic for me because I am still in shock. Am at a loss. Everything within a month.
Did we see this coming? No. Not this. Not that you would go so soon.

Were there signs? Yes. From the most unlikeliest of sources. But not like this. Not to death…

Though the music stopped (for Mr Ajimobi), the melody continues. You will forever be remembered. Good night Sir. Just the way I always text you.