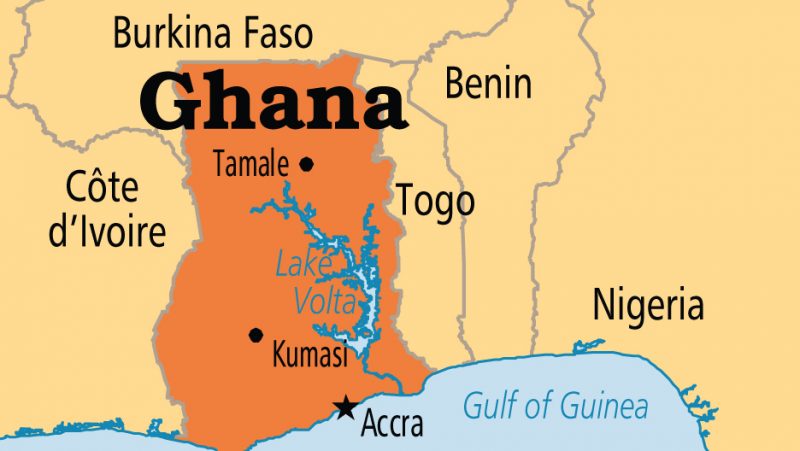 Ghana apologises to Nigeria over attack on high commission’s building

Ghana’s Ministry of Foreign Affairs has apologised to the Nigerian government over an attack on the Nigerian High Commission’s building in Accra.

Some armed men reportedly invaded the building in the Ghanaian capital, on Friday night, destroying some apartments under construction.

Ghanaian media reported that a businessman had earlier accused the high commission of encroaching on his land.

This paper said the demolished building was recently acquired by the Nigerian embassy.

Angered by the incident, some Nigerians in the country protested the destruction, calling on the Ghanaian authorities to act.

PREMIUM TIMES obtained videos of the protesters lamenting how the armed men broke into the building and destroyed it.

However, In a press statement, Ghana’s foreign affairs ministry said it views the act as a breach of the Vienna Convention on Diplomatic Relations – an international treaty that defines a framework for diplomatic relations between countries.

It expressed regrets over the demolition, saying; “Investigations are ongoing to unravel the facts of the matter and bring perpetrators to book. Meanwhile, the Government of Ghana has beefed up security at the said facility and the situation is under control.”

“While expressing regrets over the incident, the Ministry wishes to reassure the diplomatic community in Ghana and the Nigerian High Commission in particular that Ghana remains a law abiding country that upholds the principle of the rule of law.”

It should be noted that the Nigerian government had vowed to investigate the demolition.

Nigeria’s foreign affairs minister, Geoffrey Onyeama, in a tweet on Sunday condemned the development, describing it as ‘criminal and Outrageous’.

“We are engaging the Ghanaian Government and demand urgent action to find the perpetrators and provide adequate protection for Nigerians and their property in Ghana.”

In a separate tweet, the Director-General of Nigerians in Diaspora Commission (NIDCOM), Abike Dabiri-Erewa, assured that the agency will reach out to its citizens in Ghana.

“The Minister of Foreign Affairs @GeoffreyOnyeama will update appropriately . @nidcom_gov is in touch with Nigerians in Ghana,” she wrote, replying a social media user who urged that the lives of Nigerians in the country should be secured.

Edo 2020: Obaseki should step down for me – PDP aspirant