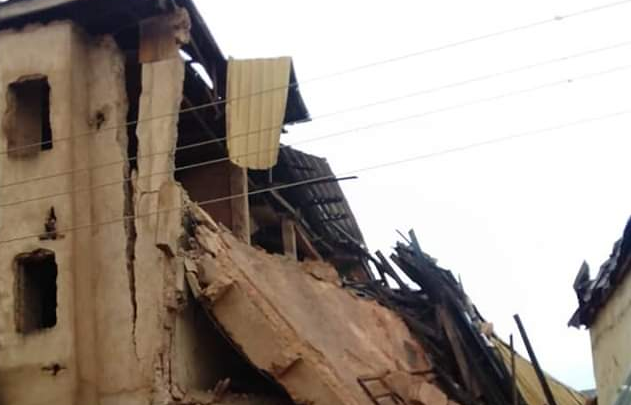 A Collapsed building used to illustrate the story

The Lagos State Emergency Management Agency (LASEMA) on Wednesday recovered the bodies of two children who died in a collapsed building at Ogudu area of state.

The incident occurred around 12:40 p.m. at No 46 Gafari Balogun street, Ogudu area during a heavy rainfall.

The Director-General of LASEMA, Femi Oke-Osanyintolu, said the the agency received a distress call about a collapsed building at the aforementioned location.

“On arrival at the scene by agency responders, it was observed that a building collapsed as a result of a mudslide at the rear of the building caused by heavy rainfall.

“The agents were informed that two children, one male and one female were trapped and immediately commenced a search and rescue operation.

“Unfortunately, they were found dead and their remains are being transported to the mortuary,” Mr Oke-Osanyintolu said.

Other occupants of the house were reportedly injured as a result of the collapse.

Mr Oke-Osanyintolu said the building has been cordoned off and integrity testing will be carried out on it.

COVID-19: Lagos, Abuja have more cases than 34 other states combined