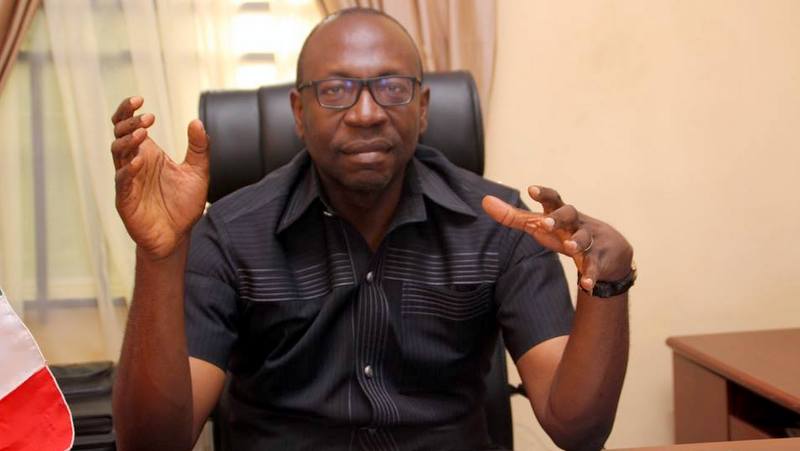 The campaign organisation of Osagie Ize-Iyamu has reacted to the Court of Appeal decision to uphold the suspension of Adams Oshiomhole as the national chairman of the All Progressives Congress (APC).

Mr Ize-Iyamu is the leading APC governorship aspirant in Edo State. He is backed by Mr Oshiomhole who is engaged in a protracted political battle with the Edo state governor, Godwin Obaseki.

The APC, Friday, disqualified Mr Obaseki from contesting the party governorship primary which is holding on June 22, five days from now.

Mr Obaseki resigned from the APC on Tuesday, following his disqualification.

Mr Ize-Iyamu’s campaign organisation said there was “no cause for alarm” over the Court of Appeal ruling.

“It is a legal issue and the party is already making moves to address it,” the spokesperson of the campaign, John Mayaki, said in a statement issued on Wednesday.

“The court made the decision based on a purported suspension of the National Chairman at his ward in Edo State.

“But the leadership of the ward has already clarified to all that it never made the decision. They have a signed document passing a vote of confidence on the National Chairman. I strongly believe that when all of these are presented to the court, the case will eventually be ruled in favor of Comrade Adams Oshiomhole,” Mr Mayaki said.

“Across the state, Pastor Osagie Ize-Iyamu’s campaign is recording daily endorsements by influential leaders and members of the party.

READ ALSO: Edo 2020: We’ll know at the polls if incumbency is a factor for me – Obaseki

“Even today, Wednesday June 17, one of the three aspirants cleared by the Screening Committee to participate, Hon. Osaro Obaze, stepped down his ambition and declared support for Pastor Osagie Ize-Iyamu’s aspiration. All his followers will now be joining forces with ours across the state.

“We are proud and honored to say that we are getting a lot of support everywhere. We look forward to the primary,” he said.

PHCs absent from fight against COVID-19 in Nigeria