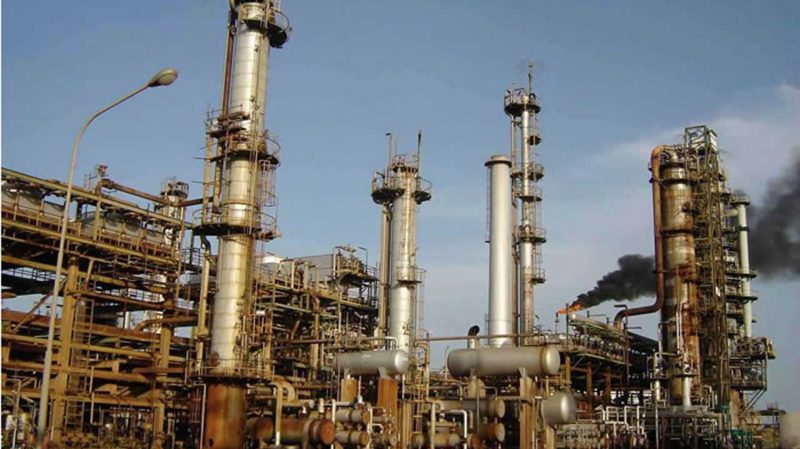 The Kaduna Refining and Petrochemical Company Limited (KRPC) generated no revenue in 2018, the first audited financial statements of the Nigerian National Petroleum Corporation (NNPC) after 43 years of its operation have shown.

Details of the report showed that the refinery, however, incurred an operating loss of N64.5 billion, throwing up concerns over the continued operation of refineries by the corporation.

The newly released annual reports and financial statements for the year ended December 31, 2018, were for 20 of the state-owned national oil company’s subsidiary companies operating within and outside the country.

Details showed that Kaduna refinery spent N24 billion in direct costs to record zero revenue and an operating loss of N64 billion for 2018, as against N2 billion naira revenue and N112 billion losses in 2017.

A breakdown of the direct costs and administrative expenses showed that it incurred N447.7 million in Training Expenses, Security expenses of N230 million, Communication expenses of N37.3 million, and Consultancy fees of N843 million.

For the Warri Refining Company, the audited financial statement showed that the company earned N1.98 billion as revenue while it incurred N12.74 billion as cost of sales, resulting in a gross loss of N10.57 billion and an operating loss of N45.39 billion.

The Port Harcourt Refining Company recorded total revenue of N1.45 billion in 2018 with expenses of N24.04 billion, resulting in a gross loss of N22.58 billion.

Meanwhile, a breakdown of the payments made to directors at the Kaduna Refinery showed that total employee cost was put at N23 billion in 2018, compared to N27 billion in 2017. The payments include salaries and wages, death benefit, administrative expenses, among others.

Aside that, details showed that in 2018, there were a total of 32 higher-paid employees of the company, other than directors, whose works were done in Nigeria. The remuneration for this set of employees range from those who earned between N100,000 and N1 million and those who earned N15 million and above. Earlier in 2017, the number of this category of staff was put at 1,022, representing about 340 percent difference in both years.

As per the directors’ remuneration for 2018, excluding pension contributions and certain other benefits, the figure was put at N109 million, as against N249 million in 2017.

Should Refineries be sold?

Details of the NNPC financial statement have raised concerns yet again about the continued operation of refineries by the NNPC.

Earlier in 2018, a PREMIUM TIMES’ report showed that none of Nigeria’s refineries worked up to 50 per cent of their capacity at any time during 2017, according to official figures from the NNPC.

All the refineries have a combined installed capacity of 445,000 barrels per day.

For 2017, the Warri refinery functioned highest in January, utilising 42.6 per cent of its capacity. The Port-Harcourt refinery, for the year, functioned at its peak in December, utilising 41.7 per cent.

The Kaduna refinery had the worst performance in terms of capacity utilisation in 2017. It functioned most in February utilising just 34.4 per cent of its capacity.

Last year, Atiku Abubakar, presidential candidate of the Peoples Democratic Party in the 2019 general elections, said that he would privatise the Nigerian National Petroleum Corporation(NNPC).

He said that the NNPC had failed to serve the purpose for which it was established in 1977 and selling-off the Corporation and all the refineries was the best option for the country.

But Mele Kyari, the Group Managing Director of the corporation, made a case for change in management of the refineries. He said the refineries would no longer be managed by the NNPC after rehabilitation. Speaking in April, he said a company would be engaged to manage the plants on an Operations and Maintenance (O&M) basis upon the completion of the rehabilitation exercise.

The rehabilitation of the four refineries in the country have gulped billions of naira since 1999 but none of them is yet to operate at full capacity.

Against the background of resources expended on Turn Around Maintenance over the years despite their moribund state, many Nigerians have called on the government to shut down the refineries and sell them to willing investors.

The Wheel Insurance, another of its subsidiaries, experienced a decrease in insurance liabilities from $9 million in 2017 to $8.2 million in 2018.

The National Engineering and Technical Company (NETCO) recorded a profit after tax of N4.5 billion for 2018, up from the N2.4 billion reported in 2017 while the Petroleum Products Marketing Company (PPMC) recorded gross profit of N24.3 billion in 2018.

Nigeria, Afghanistan, others worst hit by food crisis in 2019 – Report