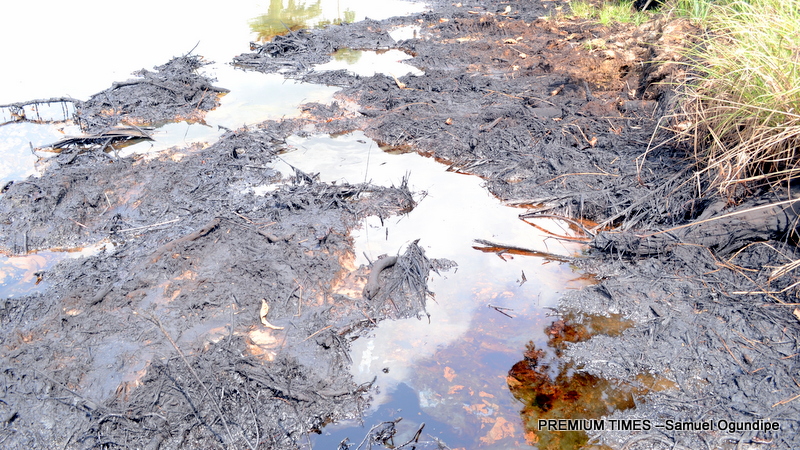 Between 2018 and 2019, over 1,300 oil spills occurred in various parts of Nigeria, the National Oil Spill Detection and Response Agency (NOSDRA) has said.

The agency said most of the spills were caused by vandals who break pipelines to steal petroleum products.

According to Punch newspaper, the Director-General of NOSDRA, Idris Musa, said this in Abuja.

Theft, major cause of spills

Mr Musa said most of the spills are as a result of oil theft “by those who go to pipelines to install valves.”

He said the agency had a similar incident about two weeks ago.

He also said it was difficult to record the type of oil spills that were recorded in Nigeria in any other part of Africa.

“In fact, aside from Mexico, which is not an African country anyway, you will hardly find such a situation anywhere else,” he stated.

“Whenever we go for international conferences and we say we record over 700 oil spills in Nigeria, people ask how it happened.

“When you tell them that people go to oil pipelines to install valves to fetch oil like water, they will ask you if the people who fetch the products are crazy. This is because the pressure inside the pipes is so huge and it can cause severe damage if ruptured,” he said.

He said underground tanks of many filling stations in the downstream oil sector leaked products into their surrounding environment.

“If your tank spills oil as a downstream operator, you will have to clean it up. We have noticed that for some of them who have already spilled products, they find it difficult to clean up,” he said

He disclosed that the affected filling stations had been mandated to clean the spills or face sanctions.

Pipeline vandalism- a trend in Nigeria

Nigeria loses huge revenue daily due to the constant attack on its oil pipelines and facilities.

As of November 2019, the Nigeria Extractive Industries Transparency Initiative (NEITI) said Nigeria had, in the last ten years, lost $41.9 billion worth of crude oil and refined products.

In its report, “Stemming the Increasing Cost of Oil Theft to Nigeria”, NEITI said Nigeria loses an average of $11million daily, which translates to $349 million in a month and about $4.2 billion annually to crude and product losses arising from stealing, process lapses and pipeline vandalism.

Also, in its January Financial and Operations Report, the Nigerian National Petroleum Corporation (NNPC) said vandalism of its pipelines across the country recorded a 50 per cent increase.

“Sixty pipeline points were vandalized during the period, compared to the 40 incidents recorded in December last year,” the NNPC said.

Asides from the revenue being denied by the federal government by this act, oil theft activities pose a threat to human life. It compounds the problem of environmental degradation and pollution of water-ways and ultimately the risk of explosion claiming lives and properties.