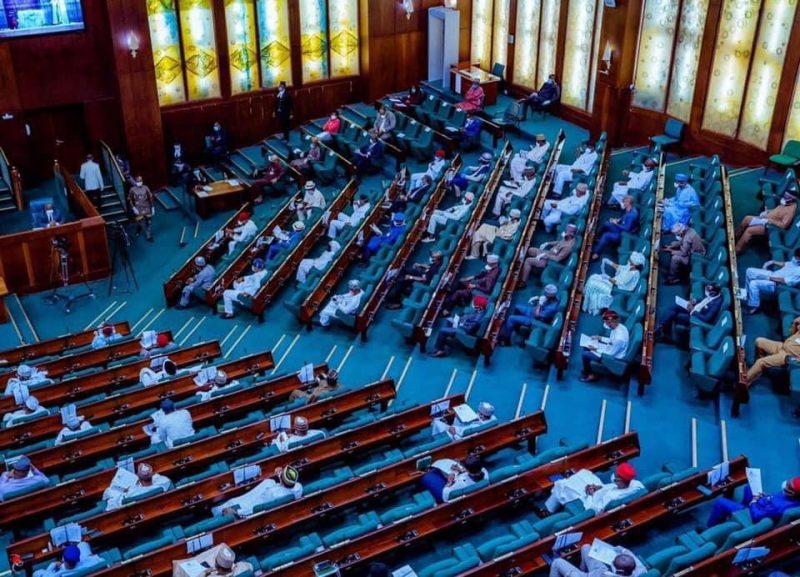 House of Reps rejects castration as punishment for rapists

The House of Representatives on Thursday voted against a motion seeking castration as a punishment for rapists.

In a motion moved by James Faleke, he recommended that persons found guilty of rape should be castrated. The House adopted the motion condemning sexual violence, but rejected his prayer on castration for rapists.

The prayer generated controversies, which lasted for about two hours.

House Speaker Femi Gbajabiamila then asked to know what would happen to an older female who raped a younger male, before subjecting the prayer to a voice vote. The nays had it.

Yet, the lawmakers called for stiffer penalties against persons found guilty of rape, as did the Senate on Tuesday.

Contributors to the motion cited weak institutions, poor enforcement, poverty and unacceptable social practices as some of the reasons sexual violence against women is on the rise.

In honour of victims of sexual violence in Nigeria, the House resolved that members should be dressed in black on the next legislative day, next Tuesday.

The discussion around rape and sexual assaults came to the front burner over the week after reports of the murder of some women in Nigeria after being raped.

The police in Jigawa State on Sunday said it arrested 11 men who allegedly raped a 12-year-old.

On Monday, Nigerians expressed outrage over the rape and murder of a 23-year-old female 100-level Microbiology student of the University of Benin, Vera Omozuwa, inside a church in Edo State where she reportedly went to study on May 13.

She died 18 days later at the University of Benin Teaching Hospital, the police said. While some reported she was raped, the police said they were waiting to be guided by her autopsy report.

Earlier this week also, a student of Science Laboratory Technology (SLT) at the Federal College of Animal Health and Production, Ibadan, the Oyo State capital, was attacked, raped, and stabbed to death at Akinyele Kara Market along Old Oyo Road, Ibadan by unknown assailants.