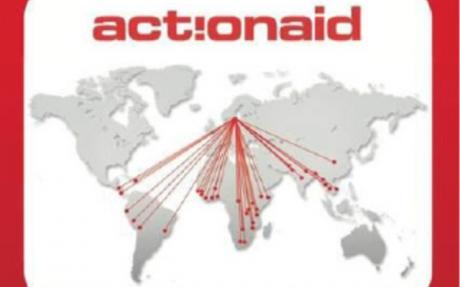 Following the increase in reported cases of rape and the killing of women and girls in the country, an international development organisation, ActionAid Nigeria, has called on President Muhammadu Buhari to declare a state of emergency on Gender-Based Violence.

Speaking through its Country Director, Ene Obi, in a statement on Tuesday, June 2, the group also wants rape to be declared a crime without options of bail or out of court settlement, because, according to Ms Obi, this is the time to take concrete actions before Nigeria collapses into a state of anarchy where women and girls are left to wallow in hopelessness.

“Since the lockdown in March 2020 as a result of the COVID-19 pandemic, ActionAid Nigeria and her partners have documented a total of 253 cases of Gender-Based Violence in Bauchi, Cross River, Enugu, Kebbi and Kwara States,” Ms Obi said, adding “we have never been more alarmed about the cases of Gender-Based Violence in Nigeria than in recent times. Girls, Women, young and old now live in fear as they are no longer safe even in their own homes”.

Narrating the most recent cases, the group said, Gender-Based Violence is no longer a women issue but a national issue, citing the recent Lagos example where 16-year-old Tina Ezekwe was shot by a trigger-happy police officer. She died 2 days later.

In Kaduna, an I8-year-old victim identified as Jennifer remains traumatised after she was gang-raped by five men who drugged her, according to Action Aid which also pointed to the example in Bauchi where a 15 year-old-girl was raped repeatedly by four men to the point that she could barely walk and had to undergo surgery.

ActionAid Nigeria also pointed to the incidence of a 12-year-old girl raped by 11 men in Jigawa where all of them confessed to having violated the little girl at different times, as well as the case of 22-year-old Uwavera Omozuwa, an undergraduate, who was raped while reading in a church near her home, in May 2020. She died 3 days later.

“As a community rooted organisation, we have documented cases on men violating their own daughters and we attest to the fact that this list is non-exhaustive as more cases are reported almost on a daily basis and we worry for the safety of Nigerian girls and women as even our grandmothers are not spared”, Ms Obi said.

The group, however, commended the efforts of the Nigerian police in swinging to action to investigate and arrest some of the perpetrators but argued that arrest is no longer enough to serve as deterrence, as this is now almost a daily occurrence, and as most of these cases are settled out of court and there is no real justice for the survivors and their families.

ActionAid Nigeria remarked that the issue of greater concern is that, “when there is any form of conflict in the country, perpetrators have continued to pounce on women as a form of retaliation. The situation has degenerated to the point that security operatives who are meant to protect are also threatening to rape and kill women and girls in the face of conflict as evidenced in the 26 seconds video where two soldiers threatened to rape and infect women and girls with HIV in Warri over the alleged killing of their colleague by residents”.