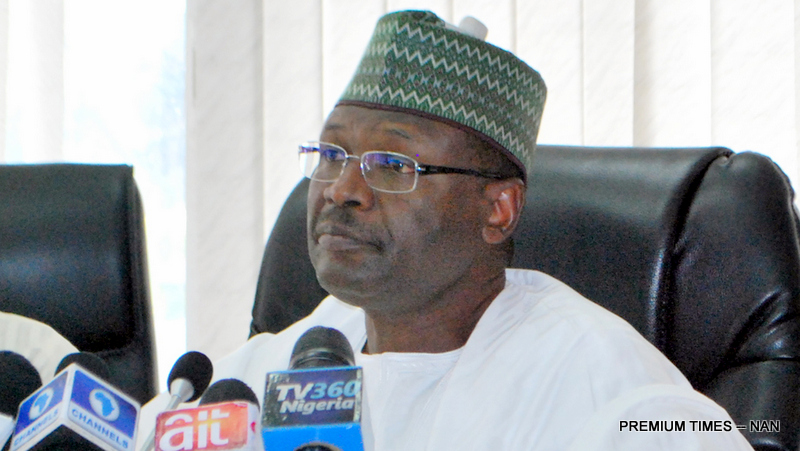 COVID-19: How we plan to conduct Ondo, Edo polls — INEC

Nigeria’s electoral umpire, INEC, has highlighted precautionary measures it will take in conducting the forthcoming gubernatorial elections in Edo and Ondo states in spite of the coronavirus pandemic.

INEC said it will align with the directives of the Presidential Task Force on COVID-19, and the National Centre for Disease Control (NCDC) and ensure voters and electoral officers comply with the protocols established by health authorities.

The commission said this via its new policy document on conducting elections amid COVID-19, released on Monday.

INEC said it will adopt electronic platforms for the submission of nomination forms by political parties in the governorship elections, as well as in recruiting its ad-hoc staff for election duty.

The commission said it will engage members of the National Assembly on how funds can be provided for conducting frequent bye-elections and also how they can designate election “as an essential service to enable the commission function effectively in times of national emergency.”

“The commission will engage with the legislature and other stakeholders to explore ways of responding to the rising cost of conducting frequent bye-elections.

“Especially in consideration of the Supreme Court position that votes belong primarily to political parties, as well as the Commission’s records, which show that only in 10% of all bye-elections since 2015 did the party that won originally lose the election.”

The commission said it will engage immediately with NYSC and INEC state offices to evolve modalities for corps members to serve as ad-hoc staff in elections during the pandemic.

It added that, in compliance with the restriction of interstate movement, the number of ad-hoc staff would be reduced and sourced majorly in the two states.

INEC also said the number of passengers per vehicle on election duty would be reduced from 14 to seven for buses, and from 12 to 6 for boats.

“Motorcycles and tricycles must be used sparingly with one passenger per motorcycle and two per tricycle,” it added.

“Anybody on the outer queue by 2.30 p.m. shall be allowed to vote, in line with the commission’s regulations,” INEC said.

The electoral body added that infrared thermometers and alcohol-based hand sanitisers will be used at the various collation centres, and polling units.

It said methylated spirit and cotton wool will be provided for the disinfection of the Smart Card Readers (SCRs) after the fingerprint of each voter is read.

It said wearing of face masks shall be made mandatory at polling units and all election locations. “Any voter without a face mask shall be turned away from the polling unit.”

“In the light of the COVID-19 pandemic, the polling unit layout shall be redesigned by the commission to ensure substantial compliance with the protocols established by health authorities. Among other things, social distancing, general hygienic conduct and enforcement of COVID-19 prevention protocols shall be emphasised in the redesign.

“Personal Protective Equipment (PPE) and other safety materials shall be provided for polling staff and periodic disinfection of chairs, tables and work areas, as well as adequate ventilation at the polling units,” it added.

INEC also assured it would commence the use of electronic voting machines at the earliest possible time “but not at the coming Edo and Ondo elections”.

It said it would work towards the full introduction of electronic voting in major elections “starting from 2021”.

The commission had in 2017, inaugurated a 20-member inter-agency committee to assess a possible e-voting system.

The house of representatives had in 2018 rejected the use of an electronic voting system for the 2019 general elections.