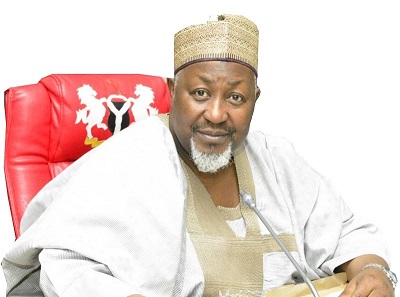 The Jigawa State Government on Tuesday announced that coronavirus is rapidly infecting its people at the community level, thus endangering the lives of many.

It also said some of the deaths it has witnessed in recent days are inexplicable.

“The 32 new cases in Jigawa are not from returned Almajiris. These are community transmissions from the cases recorded. Numbers will continue to rise as long as we don’t complement government efforts with prayers, staying at home, observing social distancing and hand washing,” an aide to the Jigawa governor, Zakari Kafin-Hausa, said.

With the 32 new reported cases, also the highest daily figure recorded in the state, Jigawa now has 41 confirmed cases.

The government also appears worried about unusual deaths it said were occurring in Hadejia LG, the most populated council area in the state.

The state governor, Muhammad Badaru, on Tuesday, lamented that some of the citizens see coronavirus as a “fairy tale”. He said this attitude may lead to more infections in the state.

“Just five people were infected last week, now those five people have so far infected 32 other people. Those 32 newly infected persons, we earlier authorised them to remain isolated but some of them are proving stubborn.

“Some of these people see coronavirus pandemic as something that is not true, if we don’t take that seriously we are endangering the lives of many, especially the aged with underlying medical conditions,” the governor said.

Mr Badaru said out of the 57 samples taken from contacts of the initial five infected persons in the state, 32 had returned positive.

“In Dutse, contact tracing of only two patients resulted in 23 infected persons. With 32 new cases in the state, we are going to take samples of approximately 300 contacts, this may result in 100 more confirmed cases,” the governor said.

He said among the new cases announced on Monday, “23 are from Dutse, the state’s capital, 2 in Gwaram, 3 in Birnin-Kudu, 1 in Kazaure, 2 in Taura and 1 in Miga. Contact tracing has commenced and efforts are ongoing to transfer the patients to isolation centre.”

The governor also acknowledged ‘strange deaths’ from Hadejia local government area although he said residents believed they were COVID-19 related.

He said there are yet “no scientific conclusions and accurate figure of the deaths recorded in the community.”

The governor announced a five man committee, with the officials of the World Health Organisation (WHO) included “who are already in the community to ascertain the facts about the usual deaths and report in three days.”

“Lockdown would continue and sanctions will be imposed on anyone that breaks the orders. I have directed the security agents to act swiftly on violators of lockdown orders.

The governor also directed civil servants in the state to continue the stay at home for another two weeks beginning from tomorrow, Wednesday.