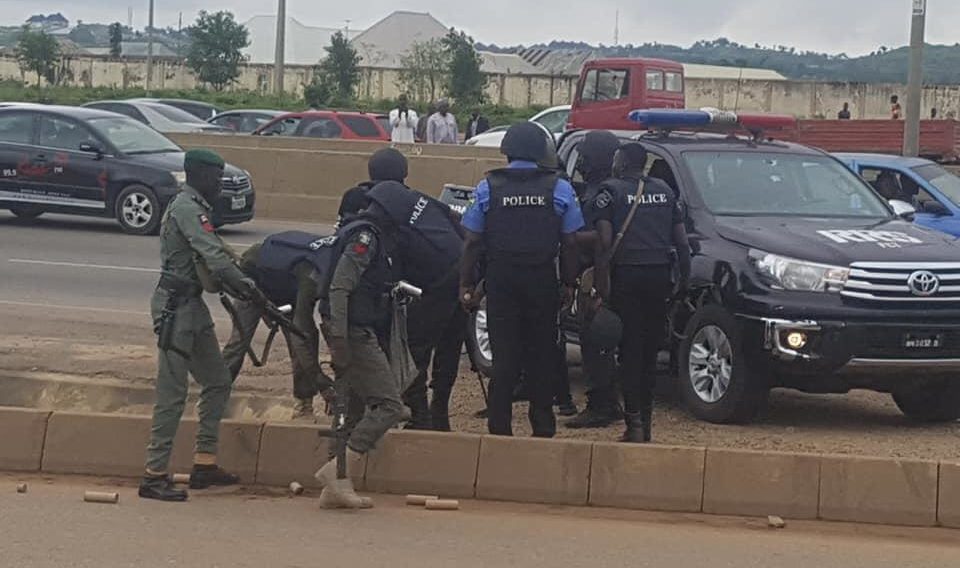 Nigerian security agents enforcing the Coronavirus lockdown in Nigeria have killed more citizens in the last two weeks than the deadly virus, the National Human Rights Commission (NHRC) has said.

While the disease has so far killed 11 persons in Nigeria, according to data from the Nigeria Centre for Disease Control (NCDC), security operatives have caused the death of 18 people, the NHRC said in a report.

In the report signed by its Executive Secretary, Tony Ojukwu, and made public on Wednesday, the commission assessed the incidents of violation of human rights over the last two weeks.

“There were eight documented incidents of extra-judicial killing leading to 18 deaths,” it said.

“Out of this number, 12 deaths were recorded in Kaduna State. Abia State also recorded two deaths arising from two incidents; while Delta, Niger, Ebonyi and Katsina states recorded one death each.

“Whereas COVID-19 has led to the death of about 11 patients to date, law enforcement agents have extra-judicially executed 18 persons to enforce the regulations.”

The report described the action of the security agents as a total disregard for rules of engagement in dealing with the civil population.

The police, according to the report, were responsible for 90 per cent of the total cases of violation as Lagos had the highest recorded cases with 28 incidents out of 105 complaints of human rights violation received and documented by the commission nationwide.

President Muhammadu Buhari on Monday extended the lockdown imposed on Lagos, Ogun and Abuja by another 14 days.

He said the extension was to further check the spread of COVID-19 which had infected 323 people in Nigeria and caused 10 deaths at the time of his address.

The president appealed to Nigerians to obey the directive and others by different state governments.

“This is not a joke. It is a matter of life and death,” he had said.

How bleaching creams can result to coronavirus – Medical expert